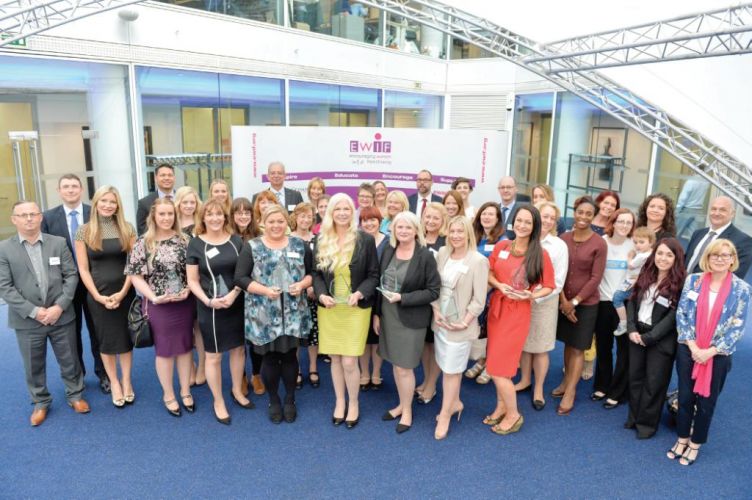 With the NatWest Encouraging Women into Franchising award entries now closed and while the entries are being judged, we thought we’d shine the spotlight on each of the award sponsors.

Without their support, there would be no EWIF awards. Many of them have sponsored awards for a number of years.

Natwest: Overall sponsor and sponsor of new woman franchisee of the year

NatWest has partnered with the EWIF awards since the beginning and has helped to celebrate the achievements of women in franchising.

Not only does it sponsor EWIF’s overall awards ceremony, it also sponsors an award because it wants to give winners the recognition they deserve.

NatWest has been involved in franchising for over 30 years. Its team of dedicated franchise relationship managers provide expert support and guidance to franchisees and franchisors across the UK.

This is the first year Daisy First Aid has sponsored an EWIF award - and what fitting way to celebrate winning New Woman Franchisor of the Year 2017 than by being presented with the award by the previous winner.

Jenni Dunham, founder of Daisy First Aid, scooped this award last year and is excited to judge the 2017 entries and help pick a worthy winner.

What Franchise: Sponsor of woman franchise employee of the year

What Franchise is a brand that’s supported EWIF for a number of years by sponsoring an award. The magazine and website are great supporters of EWIF and are always happy to support women within their own businesses and in partnership with EWIF.

Franchise Finance: Sponsor of woman franchisor of the year

Franchise Finance sponsored this award last year and the company’s Donna King is a regular attendee at EWIF regional meetings and national events.

She says: “Sponsoring this award gives us the opportunity to show our support for women in business. “We spend a huge amount of time with aspiring business women, who are often reluctant to celebrate their achievements or don’t even realise how much they achieve on a daily basis.”

Mcdonald’s: Sponsor of woman franchisee of the year

A long-term supporter of EWIF, not only does McDonald’s sponsor this award, it also sponsors the EWIF pre-awards reception the evening before the event.

McDonald’s has a policy of supporting its female franchisees, while EWIF helps the brand to further promote the opportunities that exist in franchising for women.

Caremark: Sponsor of young woman in franchising of the year

Caremark supports women, both at the EWIF awards and within its network.
Mary Wardell, the company’s PR and marketing executive, says: “Franchising offers individuals great opportunities and we’re thrilled to be supporting EWIF and encouraging business women of the future to start their franchise journeys.”

The Franchise Show: Sponsor of service provider of the year

This year will be the fourth year in a row that The Franchise Show has sponsored an EWIF award.

EWIF is proud to have such a big name in the franchise industry behind the awards and it knows the winners benefit hugely from having the support of EWIF, their peers and established brands behind them.

The Franchise Show has been part of the franchise industry for over 11 years. As a free exhibition for aspiring franchisees, it’s helped many people find a franchise that suits them.

Darwin Gray: Inspirational woman in franchising of the year

As an adviser to many company owners looking to franchise their businesses, as well as franchisees, Darwin Gray is well qualified to judge success in the industry.

“As a firm, we’re supporters of EWIF’s encouragement of women into franchising. Our own involvement in franchising goes beyond simply providing legal advice, as we regularly speak at events in relation to franchising as not only a method of business expansion, but also as an alternative career choice.”