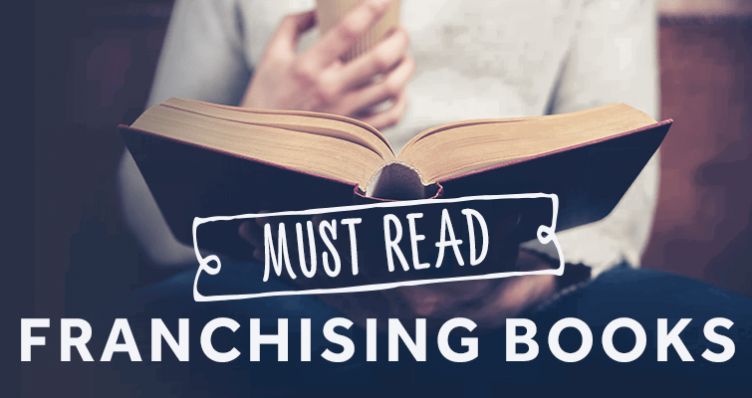 The following selection of books have been written by some of the leading names in UK franchising, who have first-hand experience of this multi-billion pound industry.

All offer expert advice on a range of subjects, from picking the right franchise and the first six months in business to franchising an existing business and guidance specifically aimed at the growing number of women wanting to become franchisees.

The Franchising Handbook, by Carl Reader

Offering advice from industry experts, seasoned franchisors and established franchisees, this comprehensive book, which is divided into seven parts, includes details of exactly what franchisors are looking for, what can or cannot be negotiated with a franchisor and how best to present yourself as a franchisee candidate.

There’s also information on what it costs to buy a franchise, what you should look for in a franchise and checks you should perform before making an investment.

Carl is co-owner of award winning accountancy firm d&t and an affiliate member of the British Franchise Association. Over the years, he’s advised thousands of businesses on matters such as simple bookkeeping, administration, selling and stock market flotation.

Buying A Franchise - The Keys To Success, by Len Rainford

Written for potential and existing franchisees, Len Rainford’s book focuses on franchising from the perspective of the franchisee and explains exactly what it takes to succeed.

Covering the good, bad and the ugly of the industry, as well as highlighting the challenges, pitfalls and common mistakes made, Buying A Franchise - The Keys To Success uses case studies to good effect, while the quotes, activities, suggested exercises and the potted history of the industry make it an interesting and relevant read.

Len’s been involved in franchising for over 30 years. During that time he’s been a franchise manager for two international companies, worked as a franchise consultant for several major brands and been both a franchisee and franchisor.

He’s also started, ran and sold four businesses, all in different sectors, the last of which he built into a national brand through franchising.

Franchising - The Key To Rapid Growth, by Manzoor Ishani

Manzoor Ishani’s latest book is essential reading if you’re considering growing your business by franchising or if you want to kick-start an already operational franchise business.

Also included are a number of template franchise agreements.

Manzoor has specialised in UK and international franchising law for more than 40 years, is a former member of the legal committee of the British Franchise Association and is co-author of Franchising in the UK, Franchising in Europe and Franchising in Canada.

How to Franchise Your Business, by Brian Duckett and Paul Monaghan

This book provides practical guidance on how franchising works from two authors with years of experience in the franchise industry.

As well as being for potential franchisors, it’s also invaluable for owners of existing branch networks, practising franchisors and their management teams.

Brian and Paul have over 50 years of combined experience in developing and managing franchised networks as franchisees, franchisors and advisers to companies considering or practising franchising.

They founded The Franchising Centre, part of the world’s largest network of specialist franchise consultants.

Described as the definitive guide for anyone looking to buy a franchise or develop a franchised concept, Franchising Exposed contains wise counsel for both franchisees and franchisors from a man who has first-hand experience of many areas of the industry.

Chapters cover how to decide what franchise is right for you, sorting out the legalities, what to expect from initial franchisee training, the first six months in business and planning your exit when the time’s right to sell.

Chris ran his own franchise consultancy business and was president of FFS Brands, which owns and manages franchise opportunities in the quick service restaurant sector such as Southern Fried Chicken and AJ’s Piri Piri.

Part of the ‘Instant Success’ series, Successful Franchising explains everything you need to know about buying a franchise, how to franchise your business, the advantages and disadvantages of franchising versus licensing, plus gives you some insider tips for selling a franchise.

Based on real experiences and examples, it’s not an academic overview of franchising. Instead, Brad says, it’s about helping you to navigate your way around the industry so you can make informed decisions about whether it’s a viable option for you.

An international business speaker, author and entrepreneur, Brad founded business coaching company ActionCOACH while in his early twenties. After several years and due to growing demand for his services, he franchised the concept.

Today, ActionCOACH operates in over 70 countries and has more than 1,000 coaches around the world, coaching 15,000 businesses every week.

The Essential Women’s Guide to Buying a Franchise, by Clive Sawyer

An increasing number of women are entering the franchise industry, whether as franchisees, franchisors or employees.

Full of useful information and down-to-earth advice, this guide answers key questions such as is buying a franchise the right start-up model for me, do I have what it takes to be a great franchisee, what type of franchise would I be best suited to, where can I find suitable franchises to buy, what are the common mistakes that I need to avoid and what have other women’s experiences been of buying and running franchises?

As well as being managing director of franchise and business expansion consultancy Business Options, Clive is also chief executive of the not-for-profit organisation, Encouraging Women into Franchising.

Its remit is threefold: to encourage women to consider buying a franchise, to encourage business women to franchise their existing operations and to help franchisors attract more women to their franchise networks.

Start your own toodle franchise

Send a free enquiry to toodle for further information!