Does Krispy Kreme franchise in the UK? 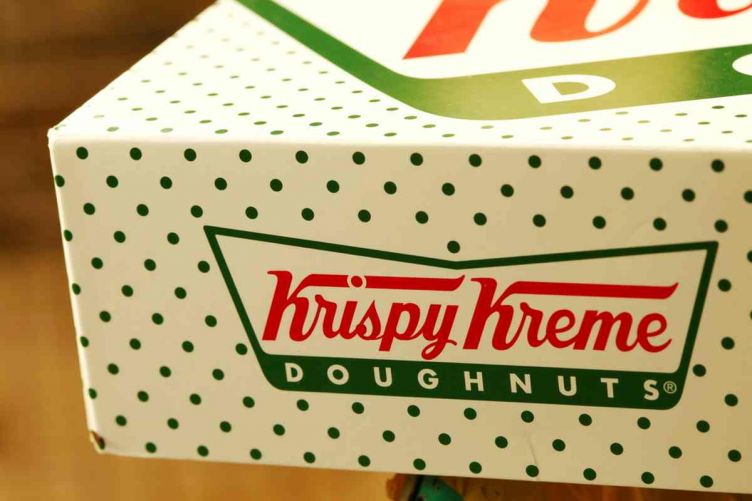 It’s not often you get to combine a passion for what you love to eat when you get the chance with a franchise business opportunity. It seems like a deal too good to be true. Since 2003, if you live in the U.K., you can own a ‘Krispy Cream’ franchise.

Shops in the U.K. are known as Krispy Cream because there has been a historical issue with how to pronounce the word Kreme. Some people like it to sound like the word ‘cream’. Yet other people wanted it to be pronounced more like the French-sounding word, ‘crème’.

If you’ve ever had a Krispy Cream doughnut, you know they are like no other. That’s because Krispy Cream (aka Krispy Kreme) doughnuts are known for being the hot doughnut that’s inspired a doughnut-eating cult. There is such an avid following of Krispy Kreme doughnuts it’s vital to know if you can buy a Krispy Cream Franchise in the UK.

Read on to learn more about what’s you need to have ready to go, understand, and know about investing in a Krispy Kreme franchise business.

Since that time, Krispy Kreme has opened up franchise stores across the country in Bristol, Edinburgh, Leeds, Liverpool, Manchester, Cardiff, and more. In 2011 when Cardiff opened up a Krispy Kreme, which was the 46th one in the U.K, over 1000 people queued up for two hours to buy a doughnut. By 2018, other major cities in the UK were considered prime opportunities franchise locations for interested buyers.

Krispy Kreme has become such a name brank franchise opportunity in the UK the business set up delivery service partnerships with Just Eat, Uber Eats, and Deliveroo. All three of the delivery service partnerships offer what’s called a click and collect option that’s available seven days a week for over 120 Krispy Kreme stores in the UK and Ireland. They even have an online and app-based customer reward option that’s called Friends of Krispy Kreme.

Krispy Kreme franchise fee
Krispy Kreme has an initial franchise fee that can be up to £20,000. They also charge their franchisees with a royalty fee of about 4.5 per cent of turnover. It’s important to know that these cost estimates depend in part on which franchise operation format you select.

For instance, if you want a manufacturing and production factory store, you are producing fresh doughnuts on-site under Krispy Kreme System Standards. You then, in turn, provide fresh doughnut to contracted Tunnel Oven Shops and Fresh Shops. According to CNN Money, you can pay $1,287,500 to $2,750,000 to open this Krispy Kreme operational format.

If you’re going to purchase the Tunnel Oven Shop, you are buying a retail sales facility with an impinger oven and some manufacturing capabilities such as icing and filling the doughnuts. You receive the core and basic doughnuts from the manufacturing and production factory store, but once you finish decorating them, you can sell them per the Systems Standards. That will set you back $558,500 to $1,500,000.

Finally, if you want to franchise a Krispy Kreme fresh shop that is sometimes called a box shop, you’ll spend about $440,500 to $1,200,000. This will cover your rate to sell in accordance with Krispy Kreme System standards or in a prefabricated, free-standing, self-contained unit that looks a lot like a Krispy Kreme doughnut box.

That being said, if you are interested in becoming a franchise owner of Krispy Kreme, they do like you to have restaurant or retail sector experience. They would prefer that you are self-motivated and have good collective business acumen with an excellent customer service record.

Other franchise opportunities in the UK similar to Krispy Kreme
There are other franchises in the industry you can enquire about that offer as much or sometimes even more than Krispy Kreme. Many foods and drink franchise opportunities in the UK from sit-down restaurants to cafes or coffee houses have some with recognised brands and others with very reasonable franchise start-up costs. Food franchises can vary with some starting at £10,000 for a Baguette du Jour to a Dunkin Donut shop that’s even more to start than a Krispy Kreme at £1,500,000.

This helps save you wasted time and money when you take time from your busy day looking at a franchise you have no interest in having. Working on what you want that helps you take advantage of your own unique experience and work history gives you a better chance of making the franchise work. You should remember the more a brand is recognised, the more you can expect immediately in your financial returns, but it will be more upfront money you have to pay in obtaining the franchise.

Examples of UK franchise opportunities
No matter the franchise opportunity figuring out your upfront cost vs. what you can expect in return is something you need to understand and accept before you ever sign the contract. For instance, Papa Johns has a franchise owner in Cosham, Waterloo, and Havant that has expanded to eleven Papa John’s outlets. This franchise has done so well, that last year, the Papa John’s franchisee, Abid Hussain has been named Franchise Owner of the Year for five stores or less.

The results of the survey revealed that overall over 50 years old have remained the top franchisee profile since 2005, making up 35 percent of all franchisees in 2018.

The right franchise for you
What Franchise offers more detailed and informative information if you want to learn more about Krispy Kreme Franchise for you! Every franchise model from Krispy Kreme to Papa Johns to anything in-between can offer you exactly what you want when you want it. But if you don’t take the first step forward to owning your own franchise, you’ll never know what could have been.