Does Nando’s franchise in the UK? 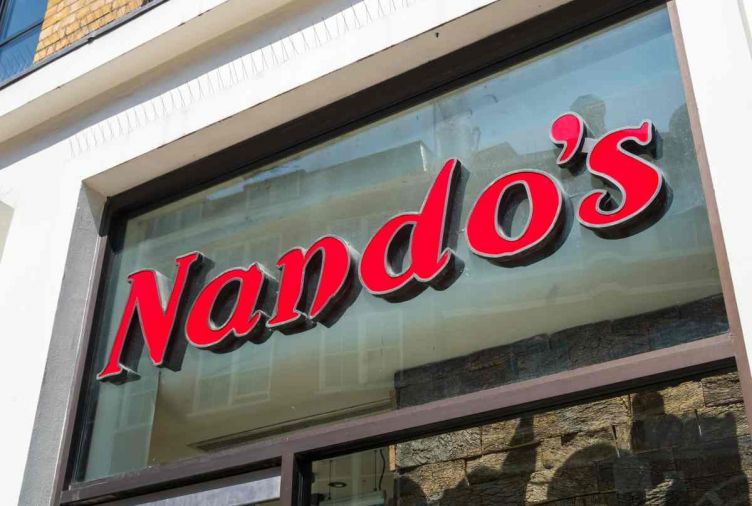 If you're searching for a lucrative and profitable franchise opportunity within the United Kingdom, explore if a Nando's franchise is right for you

Nando’s is a British institution. The company operates around 340 locations in the UK and has made the previously unknown dish of piri-piri chicken a mainstay of the British diet. Online, Britons baffle Americans with mentions of going for a “cheeky Nando’s”, while the high street chain continues to go from strength to strength and become further entrenched in the British psyche.

As the chain becomes more popular, you may be wondering: does Nando’s franchise? Can you invest money into the company and open your own branch of Nando’s? It’s a common question that’s easy to understand: who wouldn’t want to be involved in this successful restaurant business?

We’re experts in helping you discover your next winning investment. In this article, we’ll teach you more about Nando’s, its history, and how it’s become so popular in the UK. Then we’ll take a look at how you can get involved with the company.

Ready to learn more about Nando’s and how you can get involved? Then keep reading!

A brief history of Nando’s
Nando’s chicken has its roots in Portuguese and African cuisines. Portuguese settlers in Africa created the piri-piri marinade using local hot peppers and is a favourite in Portuguese restaurants around the world.

The inspiration for Nando’s came in 1987, when Robert Brozin and Fernando Duarte, a Portuguese national, ate in a South African restaurant called Chickenland. They loved the chicken and bought the restaurant for 80,000 Rand. The restaurant was renamed after Fernando’s firstborn son and it started going from strength to strength.

In 1989, the chain had three restaurants. Two of these were in South Africa and one of them was in Portugal. A few years later, the chain was bought by Capricorn Ventures.

Today, there are more than 1,000 Nando’s restaurants across the globe. It has branches in Canada, the United States, New Zealand, Australia, Botswana, Zimbabwe, and, of course, South Africa, to name but a few. While successful in these countries, it’s not matched the same bananas level of cultural entrenchment anywhere else but in the UK.

High-quality food and service
One thing that sets Nando’s apart from any of the countless fried chicken joints that you find on high streets across Britain is the quality of its food. Nando’s chicken is ethically sourced and well-prepared, featuring spices not found on other British menus. This has made it a favourite of more than a handful of celebrities, but more on that later.

There’s also the fact that in modern, multicultural Britain, almost everyone can eat at Nando’s. It doesn’t matter if you’re an atheist, Muslim, Jewish, Hindu or Christian: you can happily eat chicken. This gives it an appeal that crosses cultures and age ranges.

You can customize the chicken however you want, too. Not a fan of spicy food? Then get the mild or extra mild chicken!

The service is high-quality in terms of a casual dining restaurant too. Add to this the affordability of Nando’s and their bottomless soft drinks and it’s easy to see why it’s a favourite of families, students, and singletons alike.

Clever marketing
Nando’s marketing is masterful. The red colour scheme reflects the spices used in the chicken, while the handwriting-style font on their menus projects an image of friendliness.

It’s also effortlessly multicultural, giving it an air of sophistication. The rooster used on its logo is an emblem of Portugal and their secondary font is that used on road signs across South Africa.

Nando’s also makes smart use of celebrity endorsements. The Nando’s black card, which gives you unlimited chicken and soft drinks has been awarded to Ed Sheeran, with other members rumoured to include Greg James and David Beckham. As a result, they get increased mentions and free advertising.

The bad news is that Nando’s don’t franchise in the UK. If you’re a reader from Australia, South Africa or New Zealand, you’re in luck, however. Nando’s franchises in these regions and these regions alone.

If you want to get involved with Nando’s in the UK, you will either need to enter as a manager or work your way up from a member of staff to be the manager. Your best bet is to try and join as a regional managing director. In this position, you will manage up to 12 different branches while getting top-class support from other Nando’s staff.

Yet never fear. If you want to get involved in the restaurant market and take on Nando’s at their own game, there are a lot of options available in the UK. Let’s take a look at some of the alternatives to Nando’s for prospective franchisees.

Nando’s alternative: Rooster Shack
If you particularly want to get involved in the world of chicken, Rooster Shack is a fantastic alternative to opening a Nando’s franchise. Winner of 2020’s Good Food Award for Takeaways, this up and coming franchise has learned a lot from Nando’s and is keen to take them on.

Their menu is varied, including vegetarian, halal, and vegan options to ensure that everyone who wants to eat there can.

Rooster Shack’s target audience includes young adults, students, families, and office workers. Their menu includes snacks, sit-down meals, and more. As they’re more of a takeaway restaurant than a casual dining one, you don’t need much room to operate one either: you can operate a Rooster Shack in as a little as 500 square feet of space.

Rooster Shack’s customers are voracious eaters of takeaways and in-house meals, which means you can take advantage of the takeaway market not controlled by Nando’s. This restaurant offers fantastic support to its franchisees too, including financing, organization of group purchases, and a strong culture of advice and support for their investors.

To get involved, you should have some experience in business. This could be in or outside of the catering industry. The franchise fees are set at £17,500, and there is a £75,000 minimum investment.

Nando’s alternative: Slim Chickens
Do you prefer your chicken dishes to be from the southern United States rather than South Africa?  Then you might be interested in being a franchisee for Slim Chickens. This company is trying to bring southern hospitality to the British high street and has made great in-roads, with seven branches operating across the country at present.

Slim Chickens’ operating model is simple. They make high-quality fried chicken that’s served to the customers quickly. Everything is cooked-to-order and to the customer’s specifications, which makes them a better alternative than a typical takeaway joint.

They are looking to expand across the UK in the coming years. If you’d like to be a part of this expansion, you need to have some experience in business. As part of the contract, you will agree to open five stores in four years.

While this may sound like a big demand, Slim Chickens will support you every step of the way, including scouting locations and teaching you how to manage your staff and keep the business operating smoothly.

Nando’s alternative: KFC
Nando’s may be one of the most popular chicken franchises in the UK, but no one can compete with the global might of Colonel Sanders. KFC has a huge number of locations across the country and is a firm favourite with the young and old.

Like Nando’s, KFC is ethical too: unsold chicken is donated and the company strives to make its food healthier for customers.

KFC offers a wide range of options to its prospective franchisees. These include:

1. A drive-thru venue
2. Smallbox venues where customers can buy food to takeaway
3. Restaurant: the most familiar form of KFC, these can be opened in a variety of sizes, offering sit-down meals to customers
4. Food court: these are grab-and-go outlets with communal seatings in venues like shopping centres

As you might expect, it’s not cheap to open a KFC franchise. This is a chain of restaurants with exacting standards and they need to ensure their prospective franchisees are serious. You will need an initial investment of at least £1,000,000 with franchise fees of around £38,000.

Once you’ve invested, KFC will train you and your staff over an intensive seven-week period. While it’s not cheap, opening a KFC almost guarantees good sales thanks to the company’s reputation.

While you sadly can’t open a Nando’s franchise, there are similar opportunities offered by a variety of different companies in the UK. All you need is capital, business experience, and strong ideas on how to run a successful business.

If you’ve got any questions about franchising, take a look at our FAQs section.