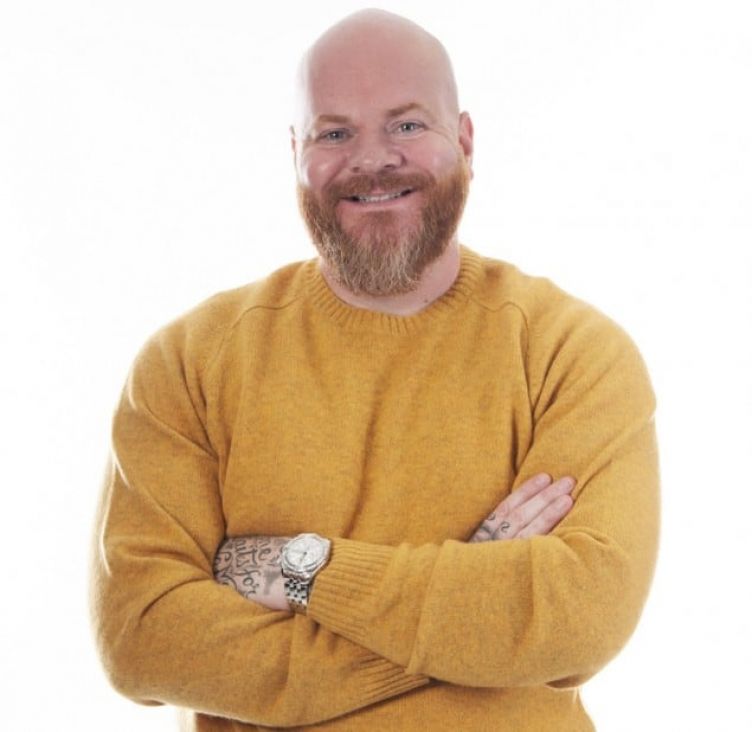 Carl Reader explains why business is simple, why you should invest in a franchise and what you’ll learn from reading his new book

Tell us about your business career

My whole career came about by accident. I fell into accountancy, having left school to become a Youth Training Scheme hairdresser. After returning to complete my GCSEs, I had a part-time job at a supermarket working two hours per day, which wasn’t providing me anywhere near enough money. So I did what all people of my age did and bought the local newspaper to apply for jobs.

I was offered two roles at two different accounting practices, but soon learned I wasn’t cut out to be an accountant. The technical work bored me, but I enjoyed the conversations I had with business owners. From there, I carved out my own roles in the firms I worked at to try and spend more time with other people, firstly by offering training, then having a client portfolio, then selling.

In 2007 I agreed to the buyout of the company I was working at and between then and 2019 scaled it up to a multimillion, multi-award winning practice that looks after many household names. Along the way, I spent a lot of time speaking on stage and writing and in October my latest book, BOSS IT, was released.

You say business is simple, so why do people try to complicate it?

People try to complicate it so they can then sell the ‘solution’, whether it’s an online course, a ‘mastermind’ summit, an expensive consultancy or something similar.

Don’t get me wrong, there are a lot of things people need to know about business, but these things are easily found online or in places such as my book BOSS IT.

The reality of business is that most of the concepts and management jargon are really simple things that have just been made more difficult by ‘experts’. This shouldn’t be confused with business being easy, as it’s not. It’s hard work and needs consistency, persistence, effort and sacrifice, but it’s not complicated.

What would you say to someone who wants to start their own business?

One of the biggest challenges we have as a society is that self-employment isn’t seen as ‘normal’, despite around one in seven of us being self-employed.

If you want to start your own business, make sure you have the support of your family and that you have a sound financial footing to begin with. Also, don’t rely on friends’ well wishes as evidence your business will be successful, as well wishes don’t pay the mortgage. Instead, follow the ‘Dream, Plan, Do, Review’ process set out in BOSS IT and don’t be afraid to ask for help.

Why should they consider buying a franchise?

Many people reading this will know I’m a huge advocate of business format franchising, having written The Franchising Handbook and served on the board of the British Franchise Association.

A franchise is a wonderful way of buying into a proven brand and system, shortcutting the time, efforts and mistakes the franchisor has invested into the business model previously. What’s more, they’re buying into a network of like-minded business owners, who’ve been there, seen it and done it themselves - just in a different territory. To sum it up, it’s a great way of being in business for yourself, but not by yourself.

With hundreds of franchises in the UK, how does a prospective franchisee decide which one’s right for them?

By spending time doing their due diligence. Think about the industry you would like to work within and how much you can invest. Kick the tyres of any projections or claims the franchisor makes and speak to other franchisees to ask their opinion of the business.

Finally, make sure there’s a cultural fit. Franchise agreements can be longer than some marriages, so you must be comfortable working with the team.

What does it take to succeed as a franchisee?

Hard work - just as in any other business.

With a franchise, you have the advantage that the investment in systemisation and brand development has already been done. So in theory all you need to do is turn up and apply the systems day in, day out.

A franchise won’t automatically pay you money like a cash machine though, as you need to work at it, stick to the system and treat it like any other business.

What will someone get out of reading BOSS IT?

In the words of Brad D Smith, executive chairman of Intuit and chairman of Nordstrom: “BOSS IT uniquely addresses the two most important aspects of business ownership: the why and the how.”

Most business books focus on either checklists or cheerleading, neither of which is very interesting in isolation. Instead, BOSS IT has been designed as a plain English business book for those who don’t read business books. It shares the reality of being in business.

What will the small business landscape look like in 12 months’ time?

It’s going to be a tough year ahead, that’s for sure. Some businesses will close, some will start, but my prediction is that the pandemic will make people think about what they truly want from their life.

Despite the pandemic being out of our control, many employees have had control for the first time in their careers: control over when they work around home-schooling, where they work and how they work.

Even if the choice has simply been between the kitchen and the garden, it’s the first time many have had a choice. Going forwards, I think a lot of us will want to live on our own terms, which may include being our own boss.

Get to know Carl Reader

Which business person do you admire most and why?

Anyone who’s decided to make the leap and go it alone. On that basis, there are around six million people I admire in the UK.

Best piece of advice you’ve been given?

To keep details of everyone you meet in your Filofax. While that’s been replaced by LinkedIn, it’s amazing what can happen when you stay in touch and connected with your network.

Seeing my words in print. Whether on the bookshelves or in a national newspaper or trade journal, you can’t beat that buzz.

Greatest sacrifice you’ve made to get where you are?

Time with my family. Running a business puts massive demands on you and you can never buy time back.

What advice would you give a younger you?

Go with your gut feel and do it, rather than do what society expects of you.