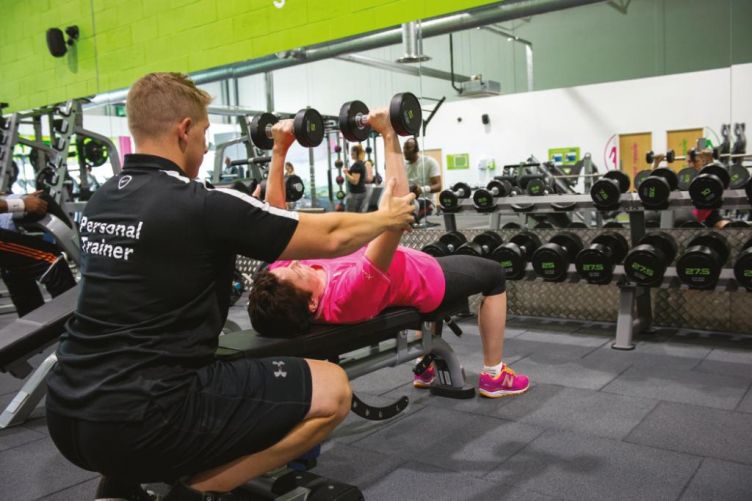 Sports franchises are growing, as more people take up sports and physical exercise.

A Sport England survey released in December 2016 shows that 15.97 million people over 16 take part in sport at least once a week, an increase of 229,400 over the previous 12 months.

Women are catching up with men - over 7.2 million now take part weekly, an increase of 250,000. Moreover, sporty people are a desirable market - affluent groups account for almost 40 per cent of those taking part in sports.

Suzie McCafferty of franchise consultancy Platinum Wave says: “The American trend toward ‘boutique’ fitness franchises is now appearing in the UK too. Usually these franchises involve offering group training in smaller locations, so for the franchisee there is less investment in premises and equipment.”

It’s true that gym franchises can mean a high investment because of premises and equipment costs - perhaps totalling up to £200,000- £300,000 - but gym franchises usually have close links with banks and franchise funding specialists, so for the right applicants up to two thirds of the money can be borrowed. Lease financing may be available to fund the necessary equipment.

“The biggest challenge is likely to be finding the right locations,” Suzie says. But franchisors will usually help with this and franchisors in this sector often look for franchisees willing to open multiple locations.

So popular is fitness franchising right now that at least two food franchises that typically encourage multiple outlets are investing in gym franchises with the aim of going multiple.

Among the boutique fitness franchises now expanding in the UK is Beat Theory Fitness.

Ex-professional footballer, Riccardo Scala, who launched the franchise in the UK, says: “The way people want to work out is changing. Among the top 20 fitness trends for 2016, number one was wearable technology, two was bodyweight training and three was high intensity interval training.

Personal trainers deliver sessions that combine cardiovascular intervals with strength training to customers, who are provided with wearable heart monitors.

Also new to the UK is 9Round, which offers 30-minute kickboxing and fitness sessions. The workout sessions are based around high intensity full body workouts, including boxing and kickboxing moves.

Equipment consists mainly of punch bags, so investment in equipment and space is relatively low. The investment required is £120,000-£130,000.

The no frills gym is also a franchise model that’s growing. Fit4less, part of the energie Group, boasts that: “By offering a no frills service to customers, Fit4less budget gyms are one of the fastest growing franchising businesses in the UK.”

It’s currently expanding and looking for more franchisees. The minimum total investment is £95,000. Of this, the initial franchisee fee is £24,999 and the energie Group has close relationships with banks that will consider lending the rest to suitable applicants.

You don’t need to be a trained fitness professional to open a gym, though being a fitness enthusiast helps. The main requirement for gym franchisees is business acumen, as you can recruit gym staff and personal trainers to provide the practical training services.

In some cases, the clubs almost run themselves. For example, at Anytime Fitness, which started a major franchisee recruitment campaign in 2017, the clubs are open 24/7 - even when they’re not staffed.

Part of the franchise package is proprietary access software and security technology, so members can let themselves into the gym at any time. The total investment is £300,000- £400,000, but potential bank funding means franchisees can get started with liquid capital of £110,000.

Equipment can be leased and fit-out costs can be combined into the monthly leasing payments, while staffing costs can be low.

Even the thriving children’s fitness sector is moving into the market for adult fitness. Premier Sport franchisees have been providing fitness sessions in primary schools since 1999, but the company is expanding its franchise offerings to cater to parents and teachers.

Luke Miles, director of the Premier Education Group, which includes Premier Sport, says: “We now deliver Premier Sport sessions in 2,500 schools and have seen an increase in demand.

“We’re also expanding into nurseries and children’s centres with play and nutrition education sessions and expanding our offering into the adult fitness market.”

A survey by Premier Sport found two thirds of parents said they did not know enough to educate their children about healthy living, while 37 per cent blamed lack of time and 30 per cent cited the cost of healthy food and gym facilities as a barrier.

In response, the new Premier Transition franchise, launched with the aid of Olympic gold medallist Sally Gunnell, provides parents with an opportunity to attend fitness classes at their child’s school straight after dropping them off or just before picking them up.

Participating schools are also given a 6-12-week programme to educate pupils on the importance of active, healthy lifestyles. Teachers can also attend fitness sessions immediately after school hours.

30 of Premier Sport’s existing franchisees have already signed up to the new franchise, but it’s on offer to others.

“You don’t need to be a trained sports coach to join our franchisees,” Luke says. “Our franchisee training includes the chance to gain accredited sports qualifications.”

People taking part at least once a week, plus increases December 15-December 16: