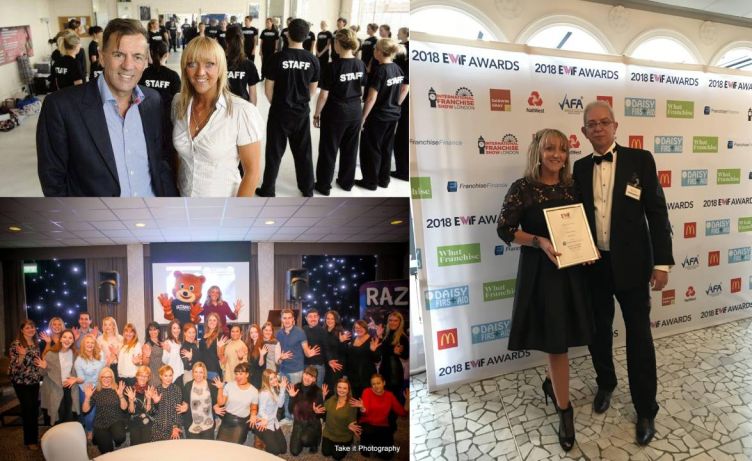 Denise tells us about her rise to success, her non-stop lifestyle and her dabbles with a dragon

When I first met Denise, it was at the Encouraging Women into Franchising awards event - she was a finalist in the Inspirational Franchisor of the Year Award and I could immediately see why.

It was my first foray into franchising awards, being a relative newcomer to the industry, and I was instantly wowed by the enthusiasm, excitement, commitment and drive shown by this group of hugely inspirational women. Denise stood out as someone who not only lived, breathed and embodied her franchise, Razzamataz, but who gave so much more to the business, her employees and her family.

Caught the bug
Denise was always interested in theatre and dance, but could never afford to take part herself. “I remember my friend went to dancing classes and I thought ‘how lovely’,” Denise explains. “Then when I was about five, I entered a talent competition - and won. Eventually, at the age of 10, my parents gave in and I enrolled for dancing classes and that’s where I really caught the bug.”

Before launching her own business, Denise immersed herself in the world of performance art: “I was a professional dancer, choreographer, gymnast and TV extra for over 10 years before establishing Razzamataz. I performed on cruise ships and in the West End. I was a stunt double on a TV show and was even part of the ‘Millennium Dome’ show as a trapeze artist!”

Razzamataz was born in 2000, with the aim of bringing affordable, part-time performing arts training to children from all walks of life, nurturing their self-esteem, building their confidence and, above all, letting them have some fun. Denise opened her doors to the first classes and has never looked back since.

Entering the den
Her big break came in 2007 when she decided to brave the glare and scrutiny of the Dragons’ Den. Describing it as more nerve-racking and painful than giving birth to her two children, Denise won over the dragons and secured the backing of Duncan Bannatyne, who helped take the business to the next level, catapulting both Denise and her business into the limelight.

Now over 10 years on, she not only runs a successful network with 46 franchisees and over 400 employees, but has helped raise thousands of pounds for charity, set up a scholarship scheme and developed a range of innovative initiatives to help her franchisees grow their own businesses and follow in her footsteps.

“We launched Razz Project Intense to help students wanting to train professionally at college after leaving Razzamataz,” Denise says. “Razz Early Years was launched in 2018 and we have a brand new product called Razz Tiny Tots, especially for babies aged six to 24 months.

Creating memories
What does the future hold for this unstoppable woman? “Customer satisfaction and creating memories for the students and their families is the foundation of Razzamataz,” Denise says, who is now busy preparing for next year’s 20th anniversary.

“For the business, I want to keep steadily growing and continue offering as many opportunities for our students and franchisees alike across the UK and then to take it to a global audience.” World - watch out!