How a franchise can transform your life 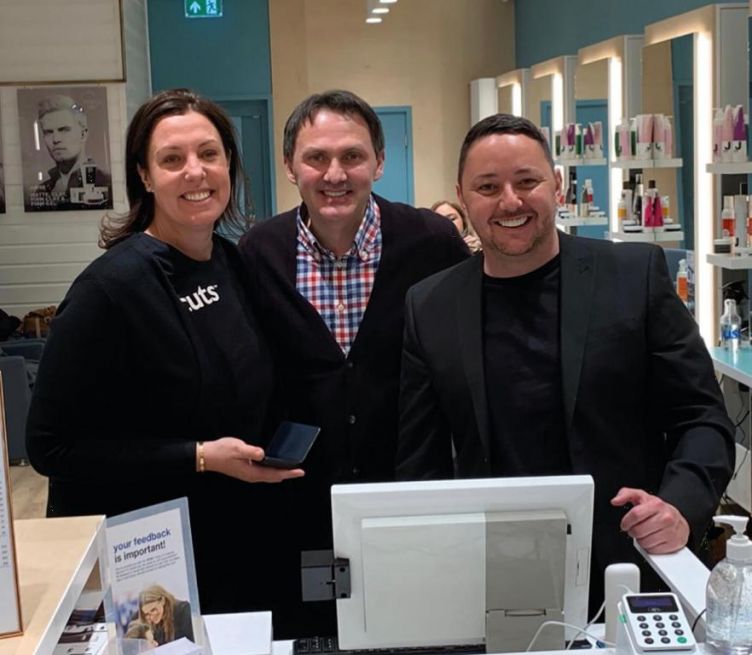 A franchise will change your life. All franchisees will testify to this. Changing your life is exciting, but it also involves risk, which can be frightening. Fear of change sounds weak, but rebranded as caution it’s a positive feeling that encourages you to investigate the potential changes, how you feel about them and how the risks can be mitigated.

While the changes are different for each person, some changes face everyone investing in a franchise.

Most new franchisees have formerly been employees and the lack of a regular pay cheque can be frightening.

Dugan Aylen, head of franchisee recruitment at franchise consultancy The Franchising Centre, says: “This is one of the biggest fears, but planning how you handle the transition can alleviate the fear.”

It may take around two years to replace the salary you earned as an employee, but you can plan and budget for this.

Dugan says: “This is no different from the kind of forward planning you do with employed income. Your business plan should take into account the money you will need to fund your own life as well as the business, until you get into profit.”

If you are investing savings, set aside a calculated sum to cover this or assuming you start the business as a limited company, you may be able to borrow the money. “Paying yourself an income as part of a loan is not the same as a salary, but it can help keep you going until the business starts to pay you directly,” Dugan says.

“Doubts on the part of spouse and family are the most common reason I see for people failing to invest in a franchise,” Dugan says.

He explains that often the motivation to set up a business is the result of your painful experiences as an employee. However, your spouse has not been on the same journey and does not understand why you want to become self-employed. Often, they will worry about a drop in your income.

“It’s important to explain to your closest circle, right from the beginning, why you are planning to invest in a franchise and what the practical and financial arrangements will be,” Dugan says. “You may have to work hard to convince them this is a good idea, but your experience of selling the idea to them will stand you in good stead for being a successful franchisee.”

Franchise recruiters usually want to speak to your spouse as well as you when you are considering a franchise to ensure they fully support your idea.

All franchises require sales skills and the majority of aspiring franchisees assume they don’t have them. Worse, they are often afraid of selling. However, most people have sold ideas - they just do not recognise it as sales. If you have ever talked enthusiastically about a new product or service you’ve received or convinced a friend to try out a particular restaurant, you have sales experience.

Ian Christelow, co-founder of business coaching franchise ActionCOACH UK, says: “Most franchisees struggle with the sales process because they think it is something scary like cold calling. They worry about someone saying ‘no’ to them or because they don’t know where to start.”

If you’re afraid of selling, explain this to any franchisor you are talking to. They will explain their methods and the training they provide. Few use hard sell sales techniques these days - they rarely work - preferring relationship selling and networking. Many provide you with leads, so there is no cold calling.

Being your own boss

“I could never get anything done if I didn’t have a boss to tell me what to do and when.” The self-employed frequently hear this from friends who are employees and it’s true that some people find it hard to work without the boss breathing down their neck.

However, it’s amazing how motivating the prospect of no pay cheque can be and most franchisors have systems to help you organise your work, such as customer relationship management software, route planning software, accounting systems and monthly reports that must be completed. You just have to adapt to a different organisational system and most franchises have a franchise manager to help you adjust.

While being a franchisee means you are not in business alone, you are not an employee. You are responsible for your own success.

However, unlike someone who starts a business entirely alone, you always have someone to help you. Support from the franchisor is part of the franchise package you buy, so make use of it.

“Franchisors typically offer telephone help to franchisees, sometimes 24/7, so if you have a problem or a question, call them,” Dugan says. “Don’t be too proud to ask any question, however simple. Many franchisors say that the franchisees who asked the most questions at the start are the ones who go on to be the best performers.”

If you think a franchise will banish all the unhappiness you felt as an employee, think again. Even successful franchisees have bad days. There will likely be nights you lie awake worrying, often about things no employee has to fret about, such as VAT returns, employee problems or the accounts.

“It’s not always going to be easy being a franchisee, but hopefully there will be many more good days than bad. In any business, you must expect downsides as well as upsides - just as you would in a job.”

There are people who do not weather the change to franchising.

One franchise consultant says: “I knew a man who went from a white collar role in marketing to a mobile franchise. He started by driving a van, but with a view to moving into a management and marketing position in the business later.

“He found it hard being a van driver, taking a cut in income and being treated by clients like a blue collar worker. He’s now back in marketing, as an employee.

“It was not the end for the franchise though. His business partner replaced him with a van driver and the franchise was so successful that it later sold for far more than the initial investment.”

The lessons? However carefully you prepare for change, there is still a risk you will not like it. Before investing in a franchise, spend time with existing franchisees doing the job. Practical experience will tell you things that no amount of discussion ever can.

I made my secret dream a reality

“It was always my secret dream to own a hair salon, but I had no hair or beauty qualifications,” Magda Deaconescu says. Nevertheless, she became the first Just Cuts hair salon owner in the UK in March 2019.

Now she owns two salons and says: “This is my dream career and I still get to take my two daughters to school and attend their activities.

“As a software developer in South Africa, I didn’t enjoy sitting behind a computer all day, so when I moved to the UK I became a project manager in the NHS. That gave me management and client communications experience, but when the children came along I became a stay at home mum.”

When Just Cuts was launched as a franchise in the UK by its Australian franchisor, Magda invested.

“I always wanted my own business and I’m fascinated by hair and beauty,” she says. “It’s empowering to see a client walk out of the salon with a spring in their step, transformed.

“It’s a huge change from my previous careers, but I love working with the staff and interacting with clients - and I can bring my two girls in after school, so it’s great for work-life balance.”

Breaking the ties of red tape

A world trip and a franchise helped Guy Baldwin-Brown escape red tape. He launched his Snap-on franchise in Ellesmere Port in 2009. Guy studied to be a PE teacher, but soon decided it was not for him and joined the fire brigade.

He says: “I loved the active job, changing scene and helping people, but then accepted promotion. It meant sitting at a computer all day working on strategy and policies and it didn’t suit me. I wanted to escape the public sector and its red tape.”

Guy resigned, went backpacking around the world with his wife and came back determined to be his own boss.

“I’m out on the road selling tools to garage staff, meeting different people daily and enjoying the thrill of making sales,” he says. “I’m in charge of my own income, earning more than I would have in the fire service and seeing more of my wife Helen and our girls, Isabella, seven, and Molly, four. I’ve escaped the office - and the red tape.”