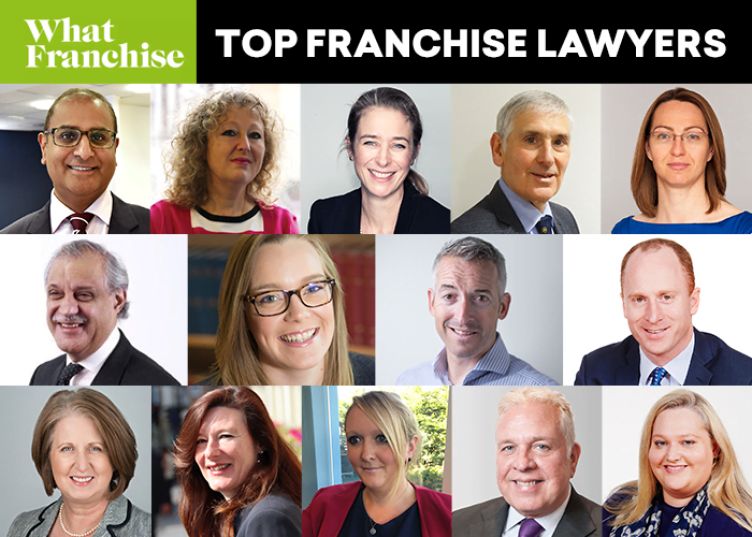 Whether you’re a would-be franchisee or franchisor, these top legal experts can help you on your journey

Gurmeet Jakhu, partner in the franchising team at Knights 1759

Specialising in franchising and licensing, Gurmeet’s particular focus is on dispute avoidance and resolution on behalf of franchisors and franchisees.

He understands the commercial and legal issues faced by franchisors, given his experience while employed as company secretary and in-house lawyer at a leading franchisor company.

Gurmeet has lectured on franchising and intellectual property issues on behalf of WIPO in Singapore, Mongolia and Italy and at British Franchise Association events throughout the UK. He’s also written many publications for the domestic and international market.

A member of Bird & Bird’s franchising, licensing and multi-channel strategies team, Shelley has over 25 years’ experience advising on all aspects of franchising, working closely with businesses to develop and implement the most commercially appropriate expansion models and routes to market.

She is retained as counsel for a number of household names in the retail and food and beverage sectors. Shelley also advises a wide variety of businesses in the leisure and services sectors, including start-ups and established brands looking at multi-country expansion strategies.

Her particular expertise is in the structuring and development of franchise networks in the UK and new markets, including India, the Middle East, the Far East, South East Asia, Russia and South America.

Nicola Broadhurst, partner and head of franchising and retail at Stevens & Bolton

Nicola is a commercial lawyer specialising in franchising, with a particular emphasis on international expansion.

Nicola is a regular speaker at specialist franchise seminars and exhibitions, is a member of the American Bar Association’s Franchise Forum and recently advised and represented the European Franchise Federation at the European Parliament in a workshop discussing the challenges facing franchising and whether there’s a need to further regulate at a European level.

She’s listed as a notable practitioner and leading lawyer in franchising by several legal directories.

An expert in franchising and business law, David acts as company secretary to a large number of companies, including Retail Trust and Evergreen Fashion.

He is an affiliate member of the British Franchise Association and acts as legal advisor to the bfa franchise group in Scotland. He was the first Scottish lawyer recognised as a Qualified Franchise Professional by the bfa.

Chambers UK Guide to the Legal Profession lists David as a ‘Leader in the field’ and expert in franchising and commercial law, where clients admire his broad commercial know-how and businesslike manner.

Observers also note his “calm manner” and “strength at negotiation”.

Recognised as a leading authority in the franchising sector, Sheilah advises on the full range of issues faced by those in the sector, including the setting up and managing of franchise networks, compliance and all aspects of franchise agreements.

Her clients include franchisors and franchisees across sectors such as retail, leisure services, lettings and estate agencies and charities.

Described in Chambers as a “very shrewd, commercial lawyer who is easy to work with” and by Legal 500 as “tenacious, with a great eye for detail”, Sheilah was the first solicitor in the UK to obtain the British Franchise Association’s Qualified Franchise Professional qualification.

She’s also a member of the Society for Computers and Law and Encouraging Women into Franchising.

He’s a former member of the Legal Committee of the British Franchise Association and a former commercial (non-legal) director of Stagecoach Theatre Arts.

Manzoor has published eight books and written more than 700 articles, with translations in seven languages. He was also a former advisory editor of two international journals on franchising.

Emma works with franchisor clients in drafting franchise agreements and managing their resale process from conception to completion and assists both franchisors and franchisees with buying and selling franchised and non-franchised businesses, no matter how big or small those businesses are.

Alongside franchise work, she also drafts and negotiates commercial agreements and advises clients in relation to trade mark applications in the UK, Europe and internationally.

Emma is described as a notable practitioner by Chambers & Partners, is acknowledged by Legal Who’s Who as an expert in franchising and regularly delivers seminars on franchising issues.

Andrew Perkins, partner and head of franchising at Ashfords Solicitors

With over 20 years’ experience of franchising and recognised for his expertise in franchise disputes, Andrew heads Ashfords LLP’s six-lawyer franchising team.

He acts for franchisors across a range of sectors, including professional services, leisure, health care, retail, fast food and domestic services, with clients ranging from high street names to new start franchises.

Andrew has acted in a significant number of group actions, both for franchisors and franchisees, and regularly provides advice to franchisors in relation to breaches and the termination of franchises. He has particular expertise in the enforcement of covenants and other restrictions contained in franchise agreements.

Ed Savory, head of the franchising team at Birketts

Based throughout East Anglia, Ed and his team advise franchisors, franchisees, master licensors, master licensees and multi unit operators on all manner of legal issues relating to franchising.

Ed has developed a particular niche in advising on franchise resales using his corporate mergers and acquisitions experience, as well as advising multi-brand operators on extending their portfolio.

He was one of the first lawyers to obtain the British Franchise Association Qualified Franchise Professional qualification and is a member of the panel advising the bfa on prospective member applications.

Jane is one of the most experienced franchise solicitors practicing in the UK.

She regularly speaks on franchising topics, writes articles on various aspects of franchising and has been invited to judge the Franchisor and Franchisee of the Year Awards on numerous occasions

Jane has served on the board of the British Franchise Association and is a founding member of Encouraging Women into Franchising.

One of the founding partners of Boddy Matthews Solicitors, an award winning boutique legal practice, Kate acts for franchisors and franchisees.

She has wide experience of all size of commercial franchise matters and franchise related disputes or arbitration proceedings nationally and internationally.

Kate has an English and a French law qualification, enabling her to conduct matters with English, EU and international issues. She is a British Franchise Association accredited Qualified Franchise Professional and mediator and an active member of the American Bar Association.

She is the chair of the South Region for Encouraging Women into Franchising, regularly speaks at industry events and has won a number of professional awards for her services.

Well known in the franchise industry for her commercial focus and straightforward advice, Amy has devoted a significant part of her career to exclusively advising franchisees on all aspects of franchising.

She has a passion for helping franchisees not only understand franchising and franchise agreements, but draws on 10 years’ experience of helping find solutions to a range of franchising issues.

Her expertise is evidenced through her involvement with other organisations. Amy has recently judged the Working Mums Franchise Awards, regularly contributes her expertise to the organisation’s website and is the legal expert for its online Q&A.

Amy is widely respected as a safe pair of hands who protects her clients’ interests and achieves successful outcomes in the face of challenging situations.

David Schollenberger, partner and head of hotels, leisure and gaming at Healys

A tri-qualified UK/US/Australia commercial lawyer, David provides a broad range of services to the hotel and leisure industries.

He previously held senior in-house roles at three multinational hotel companies, Holiday Inn International, Choice Hotels International and Wyndham Worldwide, and has vast experience in hotel franchising worldwide.  David has 35 years’ experience in advising on the development of hotel and leisure projects - from inception to opening.

David can assist clients in preparing federal and state law compliant franchise disclosure documents and with state franchisor registrations in various US states.

A specialist franchise lawyer and Qualified Franchise Professional, Vicki advises on all legal aspects of franchising.

For franchisors, she assists with the preparation and maintenance of franchise agreements, protection of trade marks, franchise resales, network management, international franchising and provides advice on the British Franchise Association’s accreditation process and code of ethics.

For franchisees, she advises on franchise agreements and franchise resales.

Vicki is the bfa’s affiliate forum chair and sits on the organisation’s membership committee. She also chairs the East Anglia regional meetings of Encouraging Women into Franchising.

Vicki has been presented with EWIF awards for Young Woman in Franchising and Franchise Service Provider.

Start your own Tubz Vending franchise

Send a free enquiry to Tubz Vending for further information!