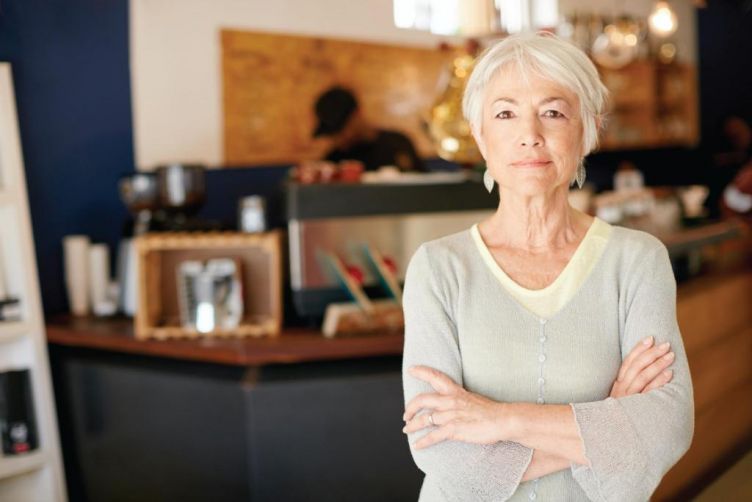 Starting a new business at any age can be tough, but it can seem more difficult if you’re over 55. Yet people are starting franchise businesses in later life - and franchisors are welcoming the knowledge and experience they bring with them.

Figures from the British Franchise Association show that in 2015 14 per cent of new franchisees were over 50, but are we seeing a new surge of interest among older people?

It seems probable, given that the average retirement now lasts longer, people remain healthier and pension incomes no longer stretch as far as they used to. Some franchisors say they are detecting an increase in interest from more mature franchise candidates.

Kelly Blake, marketing and operations executive at Rosemary Bookkeeping, who is involved in recruiting its franchisees, says: “I think the average age of people who apply to us is increasing.

“We welcome that because we sell our services mainly to small and medium-sized enterprises and they appreciate that older people bring greater gravitas and more understanding of the practicalities of business.”

Concerns that older people may not have the energy of younger franchisees are misplaced, according to Justine Tomlinson, marketing manager at No Letting Go, the franchise that provides inventory services for letting agents.

“At 65, most people are still pretty energetic and have a lot to offer,” she says. “We are seeing more potential franchisees who are coming to the end of their employment careers, but who don’t want to retire.

“They see a franchise as a way to use their management skills and exercise their ability to see the bigger picture, which is important in business.”

Franchisees themselves point out the many benefits that franchising has over setting up alone, especially for people over 50.

Steve Brown, who with daughter TJ Sutherland has the Rosemary Bookkeeping franchise for Newbury, says: “I was 58 when we started the franchise. I’d been a corporate manager in a global IT company and taken voluntary redundancy.

“I didn’t intend to return to work, but with no goals to aim at I was bored and felt my mind was slowing down. Within a year I wanted a new challenge.”

Steve and TJ could have started an independent business, but Steve, now 65, says: “If you start a business from scratch later in life, you haven’t go so much time to wait for it to get into profit. With a franchise, provided you follow the model, you should start making money faster.”

“Older people have been through many economic ups and downs, so we are less fazed by them,” says Steve, who won the British Franchise Association Olderpreneur of the Year Award in 2016.

“Potential clients can also see I have lots of business experience, adding to our credibility.”

But he warns older franchisees: “You may have bought the franchise from people much younger than you, but don’t be tempted to think you know better than them. With a franchise, success is about following the model, so it’s not always a good idea to insist things should be done your way.”

Some sectors particularly suit people with more life experience - care is one of them. Many care sector franchisees came to the industry as a result of looking for care for elderly relatives.

Nick Turner, now 59, became a Right at Home franchisee after 25 years of running his own furniture design and manufacturing business.

“My mother had acquired dementia and I became responsible for her health and well-being,” he says. “After three years in which I learned a lot about care and the impact it had on families, I decided to find a way to start a care business.”

A chance meeting with a Right at Home franchisee led to Nick setting up his present business at the age of 56.

“I could have set up on my own, but in your 50s you don’t want to waste time,” he says. “Setting up in a new sector requires a steep learning curve, so franchising is a very attractive avenue because the set-up and resources have already been made available.”

He estimates that buying into Right at Home saved him three to five years of independent learning and says: “This sector ticks every box for me. It’s a sector where age and experience are a benefit. I just wish I’d done this 20 years ago.”

Learning new skills later in life may be daunting, but Garry Lockwood, 60, who became a franchisee with the No Letting Go inventory service franchise in 2015, found it invigorating.

Garry, who started the franchise after a long career in public relations, says: “Learning new skills gave me a new lease of life and I found skills I never realised I had, such as sales.

“I was initially worried about knocking on doors in order to generate business, but I think people react more positively to my maturity.”

Rather than slowing down with age, he’s found the change to a new sector has inspired him to work harder and he recently won the No Letting Go Newcomer of the Year Award.

“I now work longer hours and relish the new challenges,” Garry says. “I’ve just invested in a second franchise area. Many mature people think the challenges are over, but they need not be - you just need to find the right ones.”

He suspects his age has only worked against him on one occasion: “Recently I lost a customer - the only one I have ever lost to another company.

“I suspect it was because the company I was competing with was staffed by younger people, though the customer did not actually say that.”