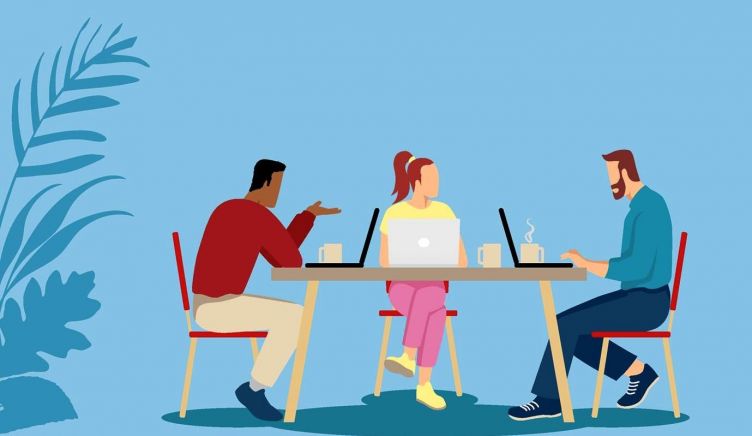 Many factors make millennials good franchisees. Here’s why - and how to reach them

Many older people seem to think that millennials are pretentious idlers who hang around artisan coffee shops talking about bicycles. Yet clever franchisors can see past these lazy stereotypes. They like millennials - here used to mean 20 to 30-yearolds - and can’t recruit enough.

A word about the word

There’s no official definition of ‘millennial’. It’s a term often used by the marketing industry to denote people who reached adulthood in the early years of the 21st century.

Be very wary of using ‘millennial’ in marketing your franchise. Consider terms such as ‘younger franchisees’ instead. Some people use ‘millennials’ as an insult and many who may be classed as millennials by others don’t like it. Like most of us, they want to be acknowledged as individuals, rather than stereotypical examples of a generation or age group. Nevertheless, much research has been done on the subject of what makes millennials tick, so it can be a useful term when determining marketing strategy.

A growing group in franchising

Many millennials ‘get’ franchising. Research by the British Franchise Association and NatWest shows that in the two years to 2018 more than a quarter of franchisees starting their business were aged 30 or under at launch.

Pip Wilkins, chief executive of the bfa, says: “The sharp increase in under-30s starting their own business is, thanks to the franchise model, bridging the gap between experience and ambition. I’m delighted to see so many younger people realising they have a choice between going it alone or being employed.”

Millennials differ from the usual franchisee demographic. For years the typical franchisee has been over 40 and while the mean age of existing franchisees is still 44, the 2018 franchise survey from the bfa and NatWest notes a new trend.

Why franchisors want them

Millennials are familiar with technology and come with an acute awareness of social media and how to use it to reach customers. This is a valuable marketing skill you don’t have to teach them.

They also bring youthful energy and enthusiasm and, in many cases, ambition to work for themselves and a knowledge of what that can mean, having lived with people who have run their own businesses.

The number of start ups in the UK increased every year between 2012 (270,000) to 2016, when it reached 414,000. This is likely to mean more children and young people shared a home with at least one entrepreneur. Some of these will have been inspired to start their own business - and will often have picked up the mindset and some of the skills required.

The bfa statistics show that millennials are interested in franchising. However, a one size fits all recruitment strategy risks missing them, because millennials differ from the traditional demographic targeted by franchisors and not just in terms of age. When it comes to recruitment, franchises that fail to understand millennials risk losing out to franchises that do.

You may need to change your recruitment marketing - or even aspects of your franchise package - to attract millennials.

What are millennials looking for?

• Flexibility is valued over money. Millennials are less willing than their parents to sacrifice their family and social lives to the pursuit of money.

Today’s 20 to 30-year-olds were between nine and 19 when the economic crash of 2008 happened. Some will have seen hard-working people lose their jobs, receive no pay rises for years or even suffer pay cuts. Children and young people may have missed out on parental involvement because their parents had to take two or three jobs to survive. As a result, they want a career that takes into account a life outside work.

This is a gift for franchisors. In recruitment marketing, prioritise the flexibility of self employment over the capacity to make big money.

It’s not just women who want flexible franchise businesses. Many men, especially dads, look for flexibility too. If your franchise can be run from home, highlight that.

• Social value. Millennials like to feel their work has a positive effect. Many took part in charity fundraising at school and university and will have had gap years working on community projects.

They like ‘giving something back’, so highlight how your franchise benefits society, not just the potential profits it can deliver. Ensure your marketing mentions any charity or fundraising work franchisees are involved in.

• Good employment practices. Millennials are still young and will identify with younger workers.

Some will have worked in low paid jobs not so long ago. If your franchise involves employing people, ensure they are paid a fair wage and treated well - and publicise the fact. Awards from organisations like the Top Employers Institute, Best Places to Work and LinkedIn help.

No one wants to join an organisation where they feel they will not be understood or may be unwelcome. Make your commitment to recruiting millennials clear by highlighting the fact that you welcome young franchisees. Feature franchisees under 30 in your marketing and enter them for awards such as the bfa Young Franchisee of the Year.

Changing your model? Test your offering

If you’re changing your franchise package or marketing materials in a bid to recruit millennials, try your ideas out on your target market. Ensure you ask a wide range of under 30s and take note of what they say before going ahead.

For millennials, the problem of raising funds to start a franchise is particularly acute. The credit crunch in 2008 depressed pay rates for some years. Low starting pay usually means that, even with pay rises, workers continue to earn less than those who started on higher pay. The Resolution Foundation, using Office for National Statistics figures, shows that for workers born between 1986 and 1990 real weekly pay is £461. This compares with £506 for workers born between 1976 and 1980.

Meanwhile, UK rents have increased by an average of 13.9 per cent over the past five years, according to tenant referencing specialist HomeLet, to reach an average of £781 per calendar month across the UK (£1,611 in London).

It’s hardly surprising then that millennials often do not have the savings to start a franchise and borrowing may be difficult.

Meanwhile, the rate of home ownership has plunged. A 2018 Institute for Fiscal Studies report found that in 1995-96 65 per cent of those aged 25-34 with incomes in the middle 20 per cent for their age owned their own home. 20 years later and that figure was just 27 per cent.

That means one of the traditional ways to raise franchise investment - using the equity in a home - is not available to many potential franchisees. So what solutions are available?

Richard Holden, head of franchising at Lloyds Banking Group, says: “Like other franchise loan applicants, millennials usually need to come up with 30 per cent of the franchise investment themselves and it’s always good to see that they have found that sum through their own savings.”

Money from the bank of mum and dad or funds raised from family and friends may be acceptable, but Richard says: “If the money is gifted to the aspiring franchisee without any expectation of repayment, we will accept that as part or all of their capital stake. If it’s a loan, we would not, as it’s counted as borrowings.”

The government funded Start Up Loans scheme provides access to personal loans from £500 to £25,000 for business purposes at a fixed rate of six per cent.

For loans of over £25,000 banks require security, commonly in the form of a charge against your home. Where there is inadequate security, banks may help you apply for the Enterprise Finance Guarantee scheme, which can guarantee 75 per cent of the value of loans between £1,000 and £1 million with accredited lenders.

Our plan to attract millennials

Spoton.net, the web consultancy franchise, involves selling websites and digital marketing services to small and medium-sized businesses and can be run flexibly from home - all of which should make it a magnet for millennials. Currently, however, it has no franchisees under 30.

Alex Brook, Spoton.net’s franchise development manager, says: “This franchise is ideal for millennials and we have been revising our marketing to attract them.

“We are looking at how millennials respond to our messaging. Our franchisees are called local consultants, but the word consultant is most commonly associated with older people with many years of business experience.

“Our franchisees don’t necessarily need this, though knowledge of how websites work is desirable, plus a genuine enthusiasm to showcase the digital landscape to their business customers. So we are trying to convey that investing in a Spoton.net franchise is comparable to starting your own web agency, so younger people are not deterred from applying.”

Spoton.net is also changing its franchise package to make it more affordable. “The overall cost is £14,000,” Alex says. “You used to be able to borrow up to 70 per cent, but that has increased to 75 per cent, so we are going to change the emphasis in our marketing to highlight the fact you can get started with only £3,500.”

Craig Bishop, the North Dorset area franchisee with Snap-on Tools, started his franchise in 2017, aged 30. He is the 2019 British Franchise Association Young Male Franchisee of the Year.

He says: “I’ve always been ambitious and driven to succeed. After reaching the height of my career as a marine electrician in the military, I no longer felt fulfilled and wanted something more. I wanted to reap the rewards of my own hard work and have all the time and energy I was putting in directly benefit me and my family.”

Craig had a friend who was a Snap-on franchisee. “Seeing him succeeding and watching him go from strength to strength inspired me,” he says. “I had zero business experience and no knowledge of the automotive trade, but after talking to him about it I realised that through franchising I’d get the training, support and experience I’d need.

“What I had in my favour was the drive and determination to be the best. Like me, many young people nowadays realise that it’s better to start young and build a successful business, rather than spend 20-plus years working for someone else before you decide to do it yourself.

“I think through social media and probably the media in general, entrepreneurialism has become much more accessible and mainstream for millennials. So instead of being the exception, it’s a more normal career choice.”

Craig’s sales of Snap-on tools averaged over £10,000 a week in 2018, but his mobile franchise still gives him the flexibility to spend time on his hobby - surfing. Craig plans to build his business further and bring his partner Amy into the business. “I’m not from a business background,” he says.

“I’m from a family of ordinary 9-5ers, so buying a franchise was a huge deal for me. I like to think my story shows you can quite literally come from any background and, provided you apply yourself and follow the systems in place, you can achieve your dream with a franchise.”