The Future of Scottish Franchising 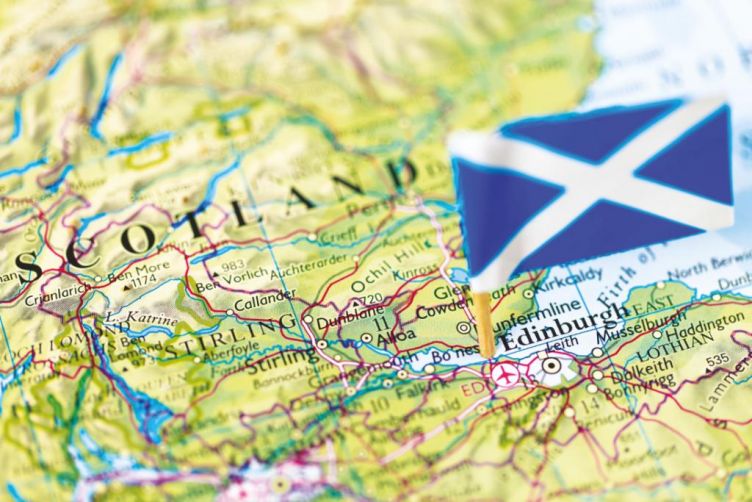 The future for franchising in Scotland is looking bright. Linda Whitney finds out why

Franchising appears set for expansion in Scotland. So is it a good time to consider investing in a franchise or turning your business into a franchise in Scotland?

Franchise consultant Suzie McCafferty, who is chair of the Scottish Forum of the British Franchise Association, says: “The bfa estimates that the franchise industry in Scotland could be worth as much as £1 billion by 2020.”

Demand for franchisees is increasing as franchisors expand. Denise Hutton- Gosney, founder and managing director of Razzamataz Theatre Schools, says: “I think the future for franchising in Scotland is looking bright.

“While most economies in 2014/2015 were struggling for positive news, Scotland’s franchising sector increased by 14 per cent, equal to an annual turnover of £800 million, generated by over 2,200 businesses, with more than 32,000 employees. It seems like an ideal time to get into business through franchising.

“We currently have seven theatre schools in Scotland and have made a number of franchise resales in Scotland in recent years.”

However, Denise points out: “There’s more to Scotland than just Glasgow and Edinburgh. We’re keen to expand and looking for suitable partners in Aberdeen, Perth and Dundee.”

Sectors that are thriving in Scotland include home care and food, similar to the rest of the UK.

Suzie says: “Two of the fastest growing franchises I can think of right now are food franchises - German Doner Kebab and Crolla’s Gelateria, both owned by successful, established and entrepreneurial Scottish companies.”

GDK has opened 12 locations in around one year in franchising and taken deposits for nearly 200 additional UK sites.

Peter Crolla, managing director of the Crolla’s Gelateria franchise, says: “We have found the market in Scotland thriving.

“We opened our first pilot franchise outlet in Scotland in 2013, decided to go ahead with franchising in 2016 and within a few months had two in Glasgow, one in Aberdeen and one in Edinburgh.

The Scottish Parliament has shown some interest in the franchise sector, but Suzie says: “Parliamentary representatives have attended some of our events, particularly during Scottish Franchise Week, though government right across the UK should be paying more attention to franchising and looking at ways to support and promote it.”

The availability of funding for franchising seems to be no different is Scotland than elsewhere in the UK, according to Suzie.

On the legal front there are differences, however. Scottish law differs from English law, so what difference does that make for franchisees or franchisors? Are Scottish franchise agreements any different from those in England and Wales?

The answer is yes and Scottish devolution means it’s now more important for franchisees considering investing in a franchise in Scotland to consult a franchise lawyer based in Scotland.

Andy Fraser of law firm Harper Macleod, based in Glasgow, says: “Traditionally, engaging a Scottish lawyer was only seen as important where the lease of premises in Scotland was involved, as Scottish property laws differ significantly from those to the south.

“However, following devolution, the Scottish government now has primary responsibility for the majority of laws applying in Scotland, including those covering health care and education.”

For instance, with franchises offering domiciliary care for the elderly, the regulatory body in England and Wales is the Care Quality Commission, but in Scotland it’s the Care Inspectorate.

Andy cautions: “Often franchisors themselves are not aware of the different legislation that will apply in Scotland, so it’s become even more important that anyone buying a franchise in Scotland gets legal advice from a Scottish qualified franchising lawyer.”

However, experienced Scottish franchise lawyers can soon overcome any problems with this.

Suzie says: “There’s a wonderful phrase often used by solicitors in Scotland when faced with amending franchise agreements written outside Scotland - they call it ‘putting a kilt on it’.

“An experienced Scottish franchise lawyer will be able to add a simple addendum to most agreements that means it’s applicable in Scotland as it is down south.”

One of the less tangible benefits of running a franchise in Scotland is that you join a close knit community. In Scottish franchising, everyone seems to know everyone else.

Suzie says: “There’s certainly a great sense of community in the franchise industry up here in Scotland, even between competing businesses.

“This is partly because the bfa’s Scottish franchise forums and Scottish Franchise Week give everyone in franchising a good chance to get together and discuss the industry at micro and macro level.”

What’s it like to set up a business via a franchise in Scotland?

After a career in human resources, Eddie Finnigan returned to his native Glasgow, where he now owns a Select Appointments recruitment franchise.

Eddie says: “The business is in its third year and we’re seeing great growth in sales and profits - we have done more business in the first half of 2017 than in the whole of 2016.”

The Scottish economy is still to some extent in recovery from recession, he says, and the oil and gas sector is slightly down. However, he points out: “The economy across Scotland’s central belt is different and we’re seeing an increase in employers looking for more temps and permanent hires.”

While Eddie received no specific Scottish government help when setting up the business, he points out there are grants of up to £5,000 available from Scottish Enterprise to help businesses improve the design of new products and services.