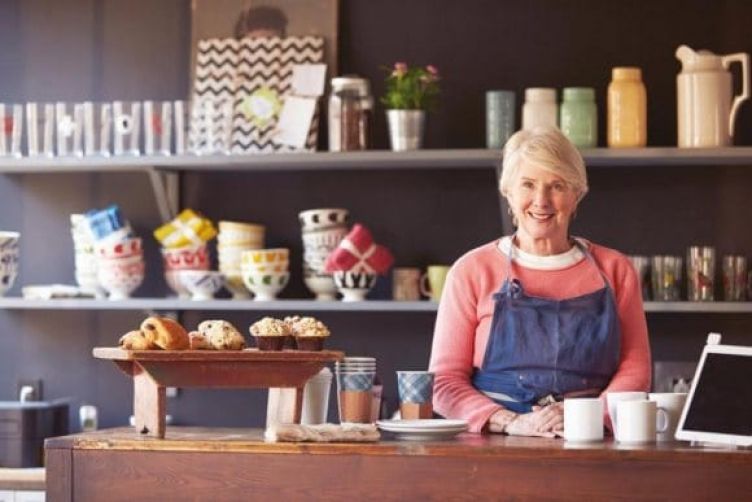 Particular pros and cons are worth considering before you invest in a franchise at 50-plus, Linda Whitney says

There is a new wave of franchisees - and they are over 50. The over-50s have come to dominate the new start-ups sector. The combination of private pension payouts being accessible at 55, more employees being offered redundancy in their 50s and the knowledge that most 50-year-olds have another 30 years of active life are tempting more people to become entrepreneurs.

For increasing numbers, selfemployment is the obvious answer and a franchise can be a faster and easier option than setting up a standalone business.

However, particular pros and cons are worth considering before you invest in a franchise at 50-plus.

Unlike many employers, who see them as expensive redundancy fodder.

Louise Harris, franchise director at Wilkins Chimney Sweep, where 10 of its 15 franchisees are over 50, says: “The older guys seem to feel slightly less ‘entitled’, understand the importance of hard work, customer relationship, integrity and working in an ethical, traditional, if quirky, business.

“They are more cynical, yet they use that to good effect rather than being negative. As a 52-year-old myself, I feel I bring more patience, understanding and life skills - and this is true of our older team members.”

Some franchisors see more mature people as a better match for their customer base. The care franchise Seniors Helping Seniors focuses on recruiting mature carers for mature clients.

Christian Wilse, who with wife Sally holds the master franchise for the UK, says: “Our franchisees need not be over 50, but in the USA, where this franchise originates, 90 per cent of them are.

“Many over-50s have had to find care for relatives, so they have some understanding of the industry and at that age feel they want the kind of fulfilment this franchise can provide.”

Are you fit for the work? Louise says: “Prospective franchisees often ask us if they’re too old for chimney sweeping. It’s hard work, but only the individual can decide whether they’d be up to it.

“We’ve met unsuitable 30-yearolds and very fit 60-year-olds. We get them to spend a day with one of our franchisees and decide. We also remind them that we offer a six-year term, so if they’re canny they could take on an employee so as to reduce their own physical work from year three or four.”

How do you cope with change and risk?

Some over-50s may be more risk averse than younger people - though many, once the children are off their hands, experience a return of the adventurous spirit.

Even a long-standing, reputable franchise carries some risk. Carefully examine how much risk you want to take.

Steve Brown, 65, who set up a Rosemary Bookkeeping franchise at 58 with his daughter TJ, says: “Most people don’t seem to cope with change well, especially as they get older.

“I was lucky because although I was an employee for decades, I was in IT, where change is constant.”

Could you get out of the employee mindset?

People who have put in many years as employees may find it difficult to adjust to the lack of an automatic monthly pay cheque.

Steve says: “As an employee, if you put in an hour’s work you expect an hour’s pay. With your own business, it can take two years of hard work before you start to bring in any money.”

Are you still open to learning?

Learning new skills and techniques may not come so easily for some more mature people, but the motivation of starting a new business may make it easier.

Louise says: “You can teach an old dog new tricks, because they understand why they’re learning.”

Established franchises have proven ways of teaching new skills fast, but the flip side is they expect you to do things in their own tried and tested ways.

Steve says: “You may have bought the franchise from people much younger than you, but don’t imagine you automatically know better than them.

Franchise success requires following the model, so it’s not a good idea to insist things be done your way.”

How fast can you get going?

Over-50s may be keener than younger people to get their business up and running fast.

Steve says: “If you start a business from scratch later in life, you haven’t got so much time to wait for it to get into profit. With a franchise, if you follow the model, you should start making money faster than if you set up a standalone business.”

Think about your exit before you start

George Demetriou, 72, who set up his Seniors Helping Seniors franchise recently, says: “Your exit should be part of your business plan right from the start.

“I will review my situation when I reach 75. You need a contingency plan in case you no longer want to run the business yourself. My children may want to take it on or I could hand it over to managers or sell it.”

Aim to make yourself expendable

George adds: “If you’re older, you need to get to the stage where the owner is not vital to the success of the business more quickly, so delegate day-to-day operations as soon as you can, leaving yourself free to set strategy.

“The value needs to be in the worth of the business, not in the ability of the founder.”

The rise of the 50-plus entrepreneur

The over-50s make up the largest age group among those starting new businesses - 43 per cent, according to Office for National Statistics figures for 2015.

The number of self-employed people aged 65 and over has more than doubled in the last five years.

By age 70, almost 60 per cent of those still working are self-employed.

The over-50s also make up the biggest age group among franchisees - British Franchise Association figures show 43 per cent were aged over 50 in 2015.