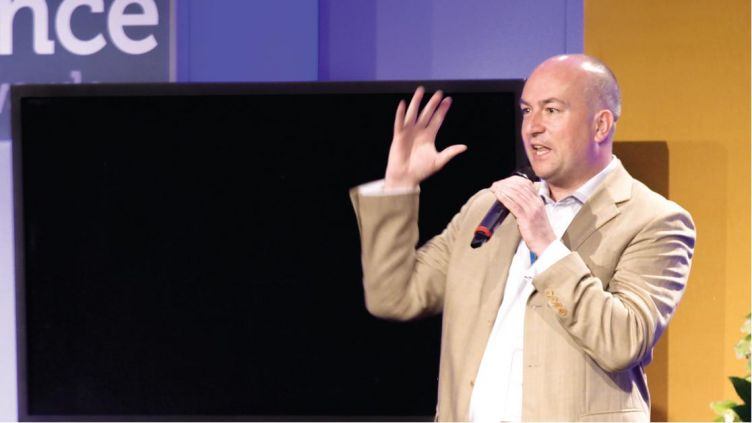 White-collar franchise is the title given to a franchise that provides professional or management opportunities rather than requiring hands-on manual labour, and they usually operate in the business-to-business sector.

They are normally run from an office and can require a larger investment than a ‘man-in-avan’ mobile franchise, but offer greater financial rewards. White-collar franchises tend to be seen as an option for women and men leaving high-level corporate careers who want to build a business to bring in similar, or better, earnings than their last job. While all of this is true, these initial assumptions are also not entirely representative, as white-collar franchises are so much more than just a suit and the financial rewards.

Ian Christelow, ActionCOACH UK co-founder, explains: “More people are turning to franchising when they decide to change gear from a 9 to 5 city job or unfulfilling career, hoping to focus on both their work/life balance and earning, while being the master of their own destiny.

“But white-collar franchises can get overlooked during this transition as they can be seen as the ‘stuffy’, inflexible option. What people don’t realise is that you can find the same or greater fulfilment in a wide range of proven and highly successful white-collar franchises as you can with a ‘lifestyle’ or part-time franchise opportunity.

“ActionCOACH franchise partners couple their existing skill-set with a service that millions of people need. Most go on to eclipse their corporate earnings and all enjoy the satisfaction of knowing their clients are by far the biggest winners.

We’re also keen to challenge the notion that white-collar franchises are male dominated. While it is true that men largely outnumber women in business ownership, we have seen a significant increase in the number of women joining ActionCOACH in the last few years.

“ActionCOACH is a global franchise with over 1,000 franchise partners and our two top performing coaches in the world are women from the UK generating client income of over £1 million a year each.

“In 2015, just under 12% of our new franchise partners were women but, in the first quarter of 2016, that has increased to nearly 44% and we’re really excited by that - B2B is no longer solely a man’s world at ActionCOACH!”

WHY ARE BUSINESS SERVICES FRANCHISES A WINNER?

The latest NatWest/bfa survey of the UK franchise industry shows that 97% of franchisee-owned units reported profitability. There are now 163 business and commercial services franchise brands in the UK, having over 5,000 franchisees between them and they account for more than 1% of franchisees in the UK. Roughly 80% have turnovers in excess of £50K a year, and 32% turnover £250K a year. It’s no wonder that white-collar franchises are so popular when they have such huge growth potential but can be started from a small home office with minimal overheads and low/zero stock.

Some of the most successful franchise partners at ActionCOACH still operate from a home office.

John Cottrell generates significant client income each month which enabled him to buy his dream car, an Aston Martin - but that wasn’t why he joined ActionCOACH.

John tells us: “Why I joined is really simple; I spent most of my time overseas to such an extent that my hotel rooms started to feel like prison cells.

“I thought to myself, if I’m so good at turning companies around then why don’t I turn around my own life? For me, that meant working from home and finding something that would allow me to do just that.

“To be able to work from home, I knew I needed to connect with my local business community in Hertfordshire, and ActionCOACH offered exactly what I needed with a global brand and systems already set up for me. “

“As an ActionCOACH franchise owner, I work with business owners to make a difference.” Business services are often a ‘need’ rather than a ‘want’ purchase and the only question for a customer is which supplier to choose.

“The biggest motivation for our franchise partners comes from their clients,” adds Ian. “When you hire a lawyer or accountant, you do so because you have to. But when you hire an ActionCOACH business coach, it’s because you want to.

“Quite often, it can be because another business owner has referred us because they saw great results - not just in their business, but in their work- life balance too.

“That moment when you help a mum or a dad get their business under enough control to see their kids at their school sports day for the first time is priceless and there’s no better feeling than making a meaningful difference to someone’s life and hearing their heartfelt thanks.”

James Circus went to ActionCOACH for help with his business. “I contacted ActionCOACH in 2012 because I was working until midnight and missing out on my two girls growing up,” James said. “ActionCOACH helped me grow my business to a £10 million turnover and reduce my hours to just 20 a week.

“So I became an ActionCOACH too, so I could help others achieve their dreams. What’s more, I just took my family on holiday for three weeks in Bali!”

If you think a management franchise sounds like a good option for you, the next step is to research your options carefully. The British Franchise Association (bfa) advises you to focus on these areas:

Financials - What are the costs involved in starting and operating the franchise and is there funding support available if you need it? Do the major high-street banks consider the franchise to be a good investment? What are your projected figures and ROI based on?

Operations - Are franchisees encouraged to work together and share ideas and best practice within the network? Particularly if it’s a home-based franchise, this can also help avoid feeling isolated.

Support - What initial training and ongoing support will you receive to grow your business? Be sure you’ll be properly supported; consider any areas in particular that you’re less experienced on and ask how the franchisor can help you on those?

Recognition - What’s the stature of the business in its sector? Has it been accredited by the bfa and other trade bodies? Has it been nominated for (or won) any awards in either franchising or the wider business community?

Insider knowledge - Speaking to existing franchisees is critical; find out about life in the network and whether they would choose the franchise again given a second chance. Any good franchisor will encourage you to do this.

ActionCOACH can claim a home run when it comes to this checklist, receiving the award for the UK’s Best Franchise (£25K-£75K investment) at RBS’s Best Franchise Awards at the end of 2014 and 2015. They also became one of only six franchises to achieve a five-star franchisee satisfaction status three times in a row, and were shortlisted for Best Franchisee Marketing Support in the Franchise Marketing Awards 2016.

As an ActionCOACH business coach, you will work with business owners, helping them in areas including: how to increase their profits, develop powerful systems and also build a strong team.

ActionCOACH franchise partners told us that the results are not only a more profitable and sustainable business, but also a dramatically improved life for their clients, making it a fantastically rewarding and fulfilling experience for anyone who invests in the ActionCOACH franchise. To join this rapidly growing team of over 140 franchise owners in the UK, you’ll need to raise a personal contribution to your investment of at least £10,000 (banks can lend up to £30,000 unsecured) and impress the ActionCOACH directors with your past successes, your desire to help others and your appetite for learning and growth. The basic entry level investment for an ActionCOACH franchise is E21,000 and some of the UK coaches have already achieved revenues in excess of £500K a year.