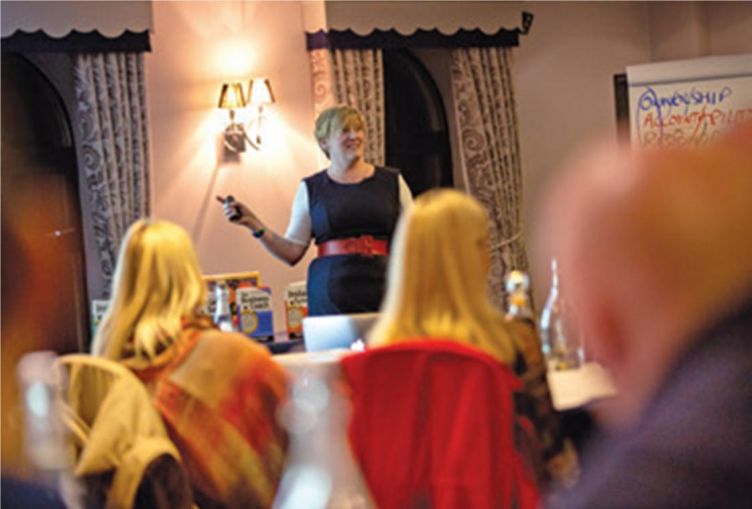 On Thursday, January 4 at 4.10 am ActionCOACH UK co-founder, Ian Christelow, woke up in a cold sweat…the reason was simple, 16 years into Action’s UK journey and less than five per cent of business owners knew about the best business growth system in the world.

Despite the undoubted success of the UK’s leading business-to-business franchise and the delight of its 2,000 clients, over 95 per cent of business owners were oblivious to the intellectual property’s power to multiply a company’s profits by tenfold inside seven years.

The tragic reality is 9 out of 10 UK business owners were sleepwalking towards the death of their business at some point in the next decade. Almost a certain cause of death in the final analysis: business ignorance. This has fuelled further motivation for ActionCOACH to achieve their Vision for the UK of Abundance Through Business Re-education and World Class Coaching.

Enough was enough. Ian turned on the light and started to sketch out a better way to spread the message. An emergency one-day meeting with the directors of the UK company created a straw man the directors could develop and present to franchise partners with ambitions to build a team of coaches at the next quarter’s conference.

Most of the feedback was incorporated in version two of the model and discussions began with the founder of the business coaching profession, Brad Sugars.

Brad immediately got the potential of the planned changes and commissioned his legal counsel to help Ian and UK Recruitment Director, Julie Wagstaff, iron out the details and develop a win:win: win opportunity for everyone who chose to get involved.

In 2018, ActionCOACH sped through another milestone, reaching 200 franchise partners, with over 30 new partners joining the franchise in quarter four on the back of an impressive sixth straight 5-Star Franchisee Satisfaction Award.

Ian explains how the new model also tackles the challenge of increasing support for its growing number of franchise partners: “Our historic selfemployed franchise opportunity with non-exclusive territories was proving too popular.

“It may sound like a great position to be in, but we were heading to 400 franchise partners by the end of 2020 and tracking towards a staggering 1,000 in the market in the next decade.

“We’re proud of the personal support we provide our franchise partners and our challenge with the growth rate was continuing that high-level support. The answer became clear: we simply couldn’t. We wouldn’t even be able to remember the names of 1,000 franchise partners!

“So to continue to deliver one-to-one professional development and 70 days of support a year in an effective manner and meet the challenge of satisfying the latent need of business owners for the services, we had to find a different way.”

The idea draws on the principle of leverage and divide to multiply. Tech4T drew up maps containing a minimum of 10,000 active UK businesses in each territory.

Franchise partners can now invest in the development rights to one or more exclusive territories; it’s an opportunity to build a team to ultimately let every business owner know about the cure for the blight that would probably have killed their business and the solutions available to instead grow their business and gain the lifestyle they dreamt of at the outset.

“Our previous franchise model was geared to our franchise partners being self-employed,” Ian says. “With as little as seven hours a week of coaching, our partners could generate a monthly income of £10,000, which for most equates to an enviable lifestyle.

“However, even with 200 franchise partners across the UK, we had penetrated less than one per cent of the market for our services and generated very little in the way of brand awareness. The new Firm Builder licence changes that, as franchise partners can now recruit an uncapped number of employee coaches, safe in the knowledge we won’t clutter their market with more franchise partners.

“The expectation is each territory is gradually developed to at least £1 million of annual revenue over the next decade, which is a level ActionCOACH has seen its top performers achieve in personal client income inside half of that time frame.”

Interestingly, Ian and Julie let us know that the last 30 available territories, wherever they may be, are not for sale at any price because they’ve decided to develop them themselves through employed general managers.

James Vincent, ActionCOACH UK’s performance director, is one step ahead and has already invested in the Sheffield territory and hired a general manager to run it for him as an investment delivering returns he can’t find elsewhere.

He explains: “We expect to award all remaining territories by the end of 2020 to people who have proven team building and leadership skills, an investment mindset and a personality that attracts talent.

“In return, the level of support for our franchise partners will only increase. We now offer free one-to-one mentoring from our team of master coaches to our firm builders for as long as they are partners.

“In addition, the new 90:10 revenue share in your favour generates an unlimited marketing budget to create way more speaking opportunities, leads and clients for our franchise partners.

“The question is, could you be the lead star coach or will you be the star leader of a team of great coaches? Both options are currently available to the right person.”