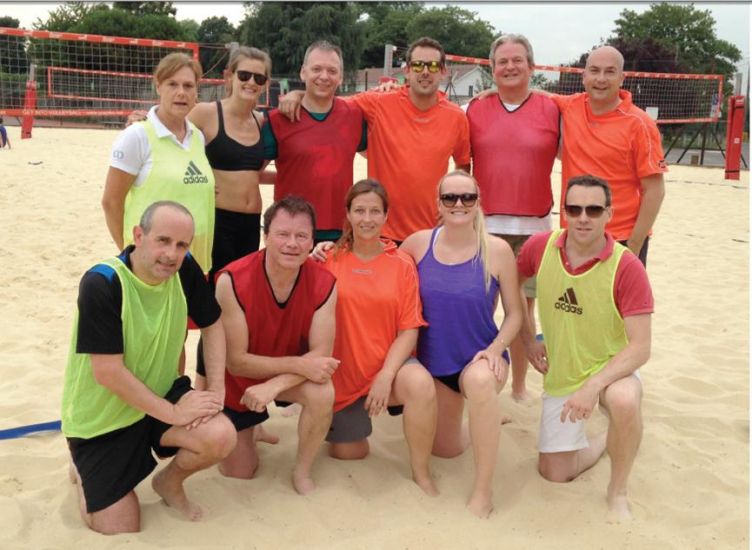 Life's a beach as an ActionCOACH franchise owner!

This year, ActionCOACH franchise owners have over 70 opportunities to get together and every single one of those includes an element of fun, as well as learning and development.

Ian Christelow, ActionCOACH UK co-founder, says: “When people first enquire about our franchise, we ask them to read the ActionCOACH 14 Points of Culture [see panel]. This isn’t just another corporate culture statement - our intention really is to work and live by these.

“Part of our role as the UK support team is to provide the events to facilitate this culture. We then see it proliferate across the network - with franchise owners sharing best practice and setting up their own events in the wake of their enthusiasm.

“One of the things we teach our business owner clients is the fastest way to get results can be to change your environment. Environment can be what you read, what you watch, what you listen to and, most importantly, the people you invest time with. And that applies to our franchise owners too.

“That’s why we’re so fussy about who we award the ActionCOACH franchise to, only awarding to between one-three per cent of the people who respond to our marketing.

“The calibre of individuals in our network is second to none, so at an ActionCOACH event, be it educational or social, you’re always in great company. It’s brilliant to learn from people who have got to the top of their game, learn how they did it and get inside their mindset.

“We always like to ensure we have some time at all our events where we can get round a table at a bar and pick each other’s brains and share what works. Our smart franchise owners also use the opportunity to network and win business.

“The cricket Legends World Cup at Lord’s brought us together with former Coaching methodology, which has seen world leading CEOs climb to the top of their professions and achieve success.

“I have also recently become one of only seven coaches in the UK to become an Engage & Grow Coach, a new neuroscience-based 12-week leadership programme aimed at increasing levels of employee engagement for high performance and productivity to increase bottom line profits.

“Courtesy of Ian Christelow and Julie Wagstaff, who head up our UK support team, I was invited to a day at Lord’s and became one of the first ladies to ever play in the eight-aside cricket Legends World Cup.

“Chris Tremlett, who is twice the height of me, was my captain and I had the honour of receiving help from England’s batting coach, Mark Ramprakash, while he was wicket keeping on the opposing team. True sportsmanship at its peak.”

Graham Orange has been an Action Coach since April 2015 and was part of the winning team at the Beach Volleyball Legends World Cup. “I had a fantastic time being taught how to play beach volleyball by two of the Olympic 2012 British team and being part of a winning team is now getting to be a fantastic habit,” he says.

“The support from ActionCOACH is unparalleled. During my relatively short time with ActionCOACH, they have given me some incredible opportunities, creating memories that will last a lifetime.”

Hamish Robertson has been an Action Coach for over seven years and was part of the winning team at Lord’s. “ActionCOACH days are always special, great fun and have a marvellous team spirit,” he says. “The ActionCOACH community is inspirational.”

To join this rapidly growing team of over 150 business coaches in the UK, you’ll need to raise a personal contribution to your investment of at least £10,000 (banks can lend up to £30,000 unsecured) and impress the ActionCOACH directors with your past successes, desire to help others and appetite for learning and growth.

The basic entry level investment for an ActionCOACH franchise is £21,000 and some of the UK coaches have already achieved revenues in excess of half a million pounds a year.