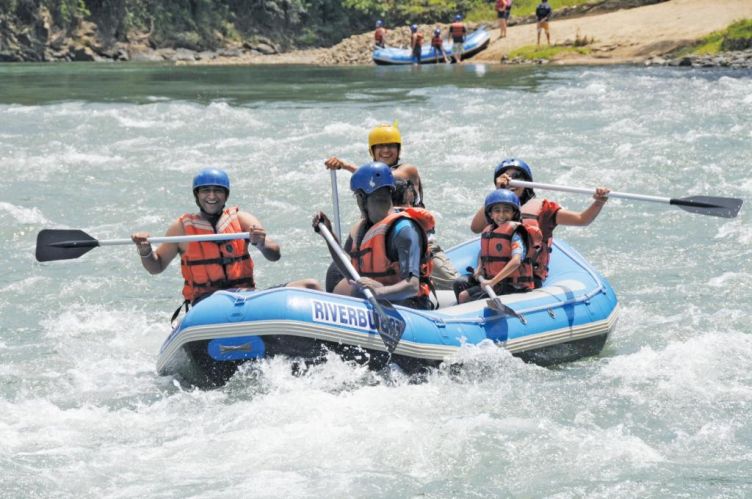 Mitali Chopra had 17 years of a successful corporate career in India, but when she moved to London with her family in 2015 she had a very specific idea of what she wanted to do next.

Mitali says: “My husband works for HSBC and was transferred to London from India in early 2015. I have an engineering degree and a MBA, which has enabled me to take on roles in sales, marketing, customer service and process excellence with firms like PricewaterhouseCoopers and Microsoft.”

“My move to the UK gave me the chance to follow a dream of mine with three specific wishes:

1. 16 years ago I met an executive coach who made an impression and it was always in the back of my mind that business coaching could be a great profession for me. I had worked with the small and medium-sized enterprise sector over the past 10 years and, more often than not, the basics of business were missing and I knew I could help them grow and flourish.

2. I have wanted my own business for a long time and this was now an ideal time to pursue that.

3. I was determined that whatever I did business-wise, I wanted it to create a positive social impact.

“In November 2015 I went to the Business Start-up Show at ExCeL to understand the SME landscape. I wasn’t looking for a franchise, but I happened to attend Shweta Jhajharia’s seminar on how to build a sales and marketing machine, where she also spoke about her journey with ActionCOACH, and I felt a real connection with her story.

“I’d never considered a franchise over my own start-up, but I soon began to realise a franchise gives you so much support and provides a springboard to success. Moreover, there are 1,000 ActionCOACH offices in 60 countries and 20 years of experience with a large group of franchise owners - I liked the idea of collaborative learning and association with a like-minded community.”

“I went away to research ActionCOACH and reached out to several franchise owners. When I met Ian Christelow and Julie Wagstaff, area developers of ActionCOACH in the UK, at a discovery day I was already convinced that joining ActionCOACH was going to tick all the boxes for me.

“You can choose to either do your franchise training in Las Vegas or in the UK. I made the conscious decision to train in the UK because I wanted to spend as much time as possible building connections with the UK team.

“I had been told by every franchise owner I had reached out to that the ActionCOACH community was very inclusive and supportive, but I didn’t completely believe them until I experienced it for myself. During training, I was amazed by the team environment.”

“Within eight weeks I had signed up five one-to-one coaching clients, bringing in a monthly income that is close to eclipsing my corporate salary. I followed the marketing advice in my training and my first client came from ActionCOACH’s exclusive client generation centre. The following clients came from networking, social marketing and also from my website, which ActionCOACH build as part of my franchise package.

“My clients come from a range of sectors and they are all at different stages of the business lifecycle. I work with them to build a roadmap and take them to the desired next level. The work I do is life changing for my business owner clients. They understand their business better, improve profitability, enjoy work more and can see the possibility of more growth and financial freedom in the future.

“I’d like to grow to 20 clients a month by the end of my first year and I think this is possible with the mix of client generation activities I have access to. This will help with the final part of my dream… to give back. With every client I sign, I sponsor a child’s education. I have been working with a school in India for some time now to offer scholarships to children who would not have had the opportunity to maximise their potential without this funding.”

“ActionCOACH gives me the flexibility to choose a work-life balance. Whilst I intend to work hard at my business, I can still make time for my family. Our goal is to travel and explore 100 cities across the world. We have been to 40, but still have 60 to go.

“People ask me if it’s harder to be a woman in business, but my belief is that if you are bringing value to the table then your gender doesn’t matter. I believe more in the law of karma!

ActionCOACH is another choice for me, where helping others to succeed will, in turn, bring me success too.”

ActionCOACH has taken part in an independent survey, conducted by Smith & Henderson, which assesses franchisee satisfaction across 100 brands since the survey first started in 2011.

Since Smith & Henderson joined forces with RBS to recognise the top franchises for franchisee satisfaction in the UK, ActionCOACH has received their 5 Star Franchisee Satisfaction status.

In fact, ActionCOACH is one of only five franchises to achieve the 5 Star Franchisee Satisfaction status four times (2013 to 2016), as well as being awarded the UK’s Best Franchise (£25-£75k investment) at RBS’ Best Franchise Awards for the last two years.