“You can flourish as a franchisee by helping others” 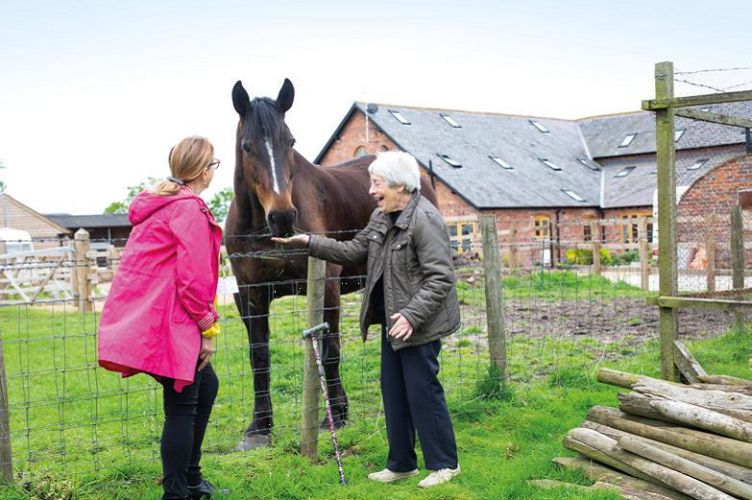 Last year brought its challenges in more ways than one, but Home Instead continues to look forward with a positive outlook for the future.

Home Instead welcomed 20 new franchise territories last year, all keen to join the UK’s number one franchise company, from as far north as Dunfermline to the New Forest in the south, with more joining the network in 2021.

Home Instead offers the most amazing business opportunity, which is making a difference in the lives of its franchise owners by giving them the opportunity to flourish. But also allowing others to flourish - their teams, caregivers and, of course, their clients.

Franchise offices provide the very best of care and companionship for our older generation. Incredible caregivers and key workers provide a friendly, familiar face, safely caring for their clients and allowing them to continue living in their own homes. Home Instead also supports its wider communities by working alongside other businesses, organisations, schools and individuals.

Giving back is important, so the company organises different initiatives to provide education on subjects such as dementia and scam awareness, as well as setting up memory cafés and other support groups for older people.

It’s also important to Home Instead to provide care and support for their franchise owners.

The ‘Home Instead Franchise Journey’ was introduced to support franchisees to be the best they can be through a programme of ongoing operational and well-being support.

This was recognised in 2020 with a number of awards and accolades for both the care it provides and the support given to franchise owners.

The company was named the 2020 Gold Franchisor of the Year at the British Franchise Association HSBC British Franchise Awards, the pinnacle in franchising. Home Instead was acknowledged for its ethical approach to franchising. It’s also the number one most recommended home care company in the homecare.co.uk Top 20 Home Care Groups award winners in the UK.

This is praise indeed, as it’s based directly on the reviews from the most important people - the clients they care for.

Join the number one UK franchise

There is a huge and increasing demand for home care across the UK, which provides a wonderful opportunity to make a difference. No previous care sector experience is necessary, as this is a management franchise.

If you have a caring nature and a passion to help others, strong leadership skills and a willingness to embrace Home Instead’s proven business model, this could be the franchise for you.

There are a number of territories available in the UK, including a few resale opportunities for those who prefer to buy an established business.

At a glance Home Instead