“It was almost like I’d found my way home” 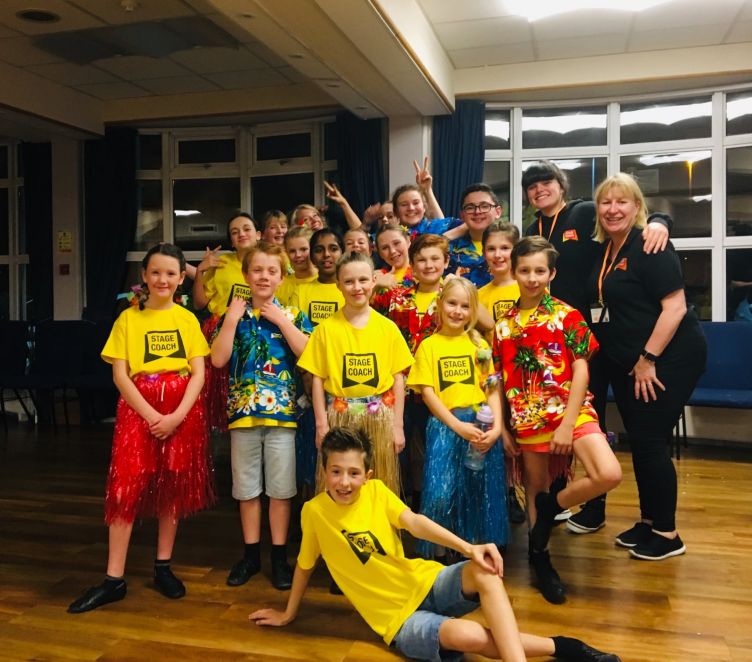 After a life-changing lunch with a friend and franchisee, Jenny Unthank had all the proof she needed to invest in an existing Stagecoach business

Jenny Unthank thought she had put the performing arts well and truly behind her when she joined the corporate world, working her way up through the healthcare industry for close to 15 years. But when disaster struck, and the mother of two was made redundant, she found herself wanting to run a business of her own. As the daughter of a stage manager, Jenny came full circle – this time turning her back on the corporate grind to operate her Stagecoach Performing Arts franchise.

“I guess you could say I’ve gone back to my roots,” says Jenny. “I pretty much grew up backstage and on film sets. I’d initially disregarded any sort of a career in the performing arts because I’d wrongly assumed there was no real income to be made. Although my childhood was a happy one, it was rather unconventional, and my parents’ earnings fluctuated a lot. I entered the corporate world thinking that’s where the money was to be made. It wasn’t until I came across Stagecoach Performing Arts as a franchise opportunity that I realised a comfortable lifestyle and a passion for the performing arts do come hand in hand!”

For over 30 years, the Stagecoach model has been proven and refined to become one of the UK’s leading performing arts opportunities. Franchisees build a team of equally passionate and enthusiastic teachers, qualified to bring out the very best in their students. Stagecoach schools provide a thriving, nurturing and supportive environment for creative learning. That’s just one of the reasons that 46,000 children every week flock to classes nationwide.

Despite a love of the theatre and a real admiration for her parents’ dedication to the arts, Jenny decided as a teenager that she would never pursue a career on – or behind – the stage. After finishing her A-levels, the level-headed teenager quickly entered full-time employment, working as a clerk for a healthcare company. Before long, her commitment, work ethic and professionalism were noted by her superiors and, by the age of 23, she was a manager of her own team.

“I’ve always been a natural communicator and, although I call myself a bit of a jack-of-all-trades, my skillset served me well as a customer services manager,” explains Jenny. “During my time in the corporate healthcare sector, I’ve also worked in accounting, IT and have even implemented entire culture campaigns when three companies merged. That was one of the most rewarding projects I’ve ever taken on because I was able to support my colleagues through a fairly uncertain time. I really came into my own during those years, but the hours were long and the work was very demanding. It was then that I was dealt the tough blow that most of my colleagues were being made redundant – myself included.”

Jenny, now a wife to her scriptwriter husband, Julian, and a proud mother of two, took her redundancy package and spent time at home with her children. After 15 years of commuting, early morning meetings and 12-hour days, she took the time to reconsider her career prospects and what life would look like for the Unthank family.

“Because of the nature of my husband’s work, he’s able to work from home much of the time, and he was earning enough money to keep us afloat. Still determined to never put myself in the financial position my parents had been in, it wasn’t long before being a stay-at-home mum lost its appeal. I was itching to get back out into the world of work and earn a good living for my family.

“With Julian at home much of the time to be with the kids, I decided to invest some of my redundancy package into launching a business endeavour of my own. With a friend, I launched a very successful beauty salon. I also enrolled on an English Literature and Creative Writing degree, at Winchester University. I’d given so many years to corporate organisations that it was time to refuel my passion for the arts. I also joined at amateur dramatics group and started helping out a close friend with her performing arts school – Stagecoach Performing Arts in Bournemouth,” she says.

Today, a network of more than 350 franchisees operate over 700 schools offering 1,800 classes in eight countries. Through an exciting and varied framework of teaching and development, franchisees have helped to unlock the potential of more than one million students since it opened in 1988.

Jenny instantly fell in love with Stagecoach. The creative outlet for her corporate skillset offered her a new lease of life. With history repeating itself, Jenny assumed there was no real income to be had in the creative arts – even as a Stagecoach franchisee. Her friend quickly put her right.

“She explained that, with my lifelong interest in the performing arts and background in management, I’d be the perfect fit for Stagecoach,” says Jenny. “I remember going for lunch with her one day and spending the entire meal going over her numbers, just so she could prove to me how profitable the opportunity could potentially be. I was sold – it seemed like I’d found my calling in life. Thankfully, Stagecoach felt the very same way when I met with them just one week after that life-changing lunch with my friend. Within half an hour, they’d come back to me with the news that I’d successfully passed the initial interview. I was over the moon! I made the decision to take over an existing business, rather than launching in a new territory. It just made financial sense to me. I wasn’t looking to start all over again – it was more about investing in my family’s future and taking home a good income as quickly as possible.”

All new franchisees undertake an expert induction at Stagecoach’s head office in Woking and receive ongoing training along with industry-leading support in marketing, customer service, IT and business development. Their tried-and-tested structure enables franchisees to play to their strengths and provides the best possible environment in which to succeed. After travelling to the Stagecoach headquarters and taking part in her comprehensive training week, in June 2014, Jenny found herself back in Newbury and ready to greet her students for the first time.

She says: “It was almost like I’d found my way home. The performing arts have always been a massive part of my life, but now it was time my passion took centre stage. My dad was so pleased I’d found a business endeavour that combined my skills and my hobby. It didn’t take long for me to fall in love with my life as a Stagecoach franchisee – in fact, I bought a second territory, Stagecoach Marlborough, a couple of years later. Spending time with my students has made a really positive impact on my life and the change in our lifestyle hasn’t gone unnoticed either. Both Julian and I are able to work from home and plan our schedules as we go. We’re looking to take a long trip next summer, over the school holidays, as we lost my dad recently and his father hasn’t been in the best health. We need some time to recuperate I think – that just wouldn’t have been an option in my previous career. I’ll always be thankful for that. Stagecoach really has given me a new lease of life and – one thing’s for sure – I’ll certainly never have to panic about being in the same financial position my parents were.

“It isn’t just about personal gain though. The impact Stagecoach has on my students is incredible. There’s so much pressure on children and teenagers nowadays. Stagecoach sets our younger generation up well in life and not just in terms of the performing arts. It gives them the confidence to step out into the world and face the daily challenges they come across – whether that’s making friends at school, taking on their exams or even passing university interviews. It’s a place they can come and just be kids.”