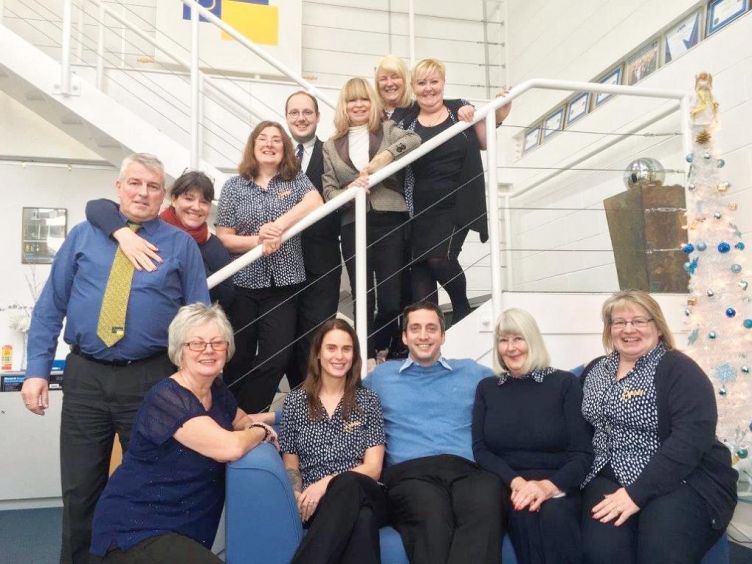 A Dublcheck franchise is the best way of achieving that crucial work-life balance, says Wengle Askale, who’s now able to spend time with his family as well as seeing his business grow

Wengle Askale is another of Dublcheck’s many success stories. Running a managementonly franchise from his base in west London for the last six years, he’s seen his team grow from seven employees in 2011, when he first invested in a Dublcheck management franchise, to 41 in many different areas in and around the capital.

Already familiar with the concept of franchising and having done plenty of research into investing in a franchise business, Wengle, who recently turned 40, decided to become a Dublcheck franchisee not long after attending a franchise exhibition in Olympia in 2010, aged

Having been working as a full-time accountant for 16 years, he was keen to find a way of improving his worklife balance.

Wengle says: “I was working fulltime, Monday to Friday, 9 to 5 and I wanted to find a way of bringing in some extra money, of doing work that suited me a bit more, that was a bit more flexible.”

Founded in 1993 by Carol Stewart- Gill, Dublcheck has been providing premier cleaning services for offices, showrooms and health facilities throughout the UK for over 20 years.

Unlike many of its competitors, the company operates a guaranteed turnover scheme and provides support to ensure every venture becomes a lucrative enterprise.

Initial investment in a Dublcheck franchise varies from £9,950 to £190,000 and after an initial training course franchisees receive ongoing training and support, access to branded uniforms, products, sales and marketing tools and stationery. Wengle chose to invest £34,000 initially, giving him a guaranteed turnover of £4,166 per month.

Having spent years number crunching, he was interested in managing a team rather than carrying out cleaning himself and felt confident that his business acumen would enable him to grow the franchise successfully.

Six years on and with a turnover of £220,000 per annum, Wengle has been proved right and has found the business fits well around his young family.

Having three children under five with his wife Naznet, he is very much needed at home, as well as bringing in a high level of income to support the growing family.

“I need to spend a lot of time with my family, so running a management franchise is flexible and very convenient for me,” Wengle says. “If people ask me whether Dublcheck is a good company to choose, I say it’s particularly good for people who have a family.

“Dublcheck has given me the opportunity to embark on a franchise journey and, with a proven model, excellent profit potential and a simple and streamlined operating system, it’s nurtured my drive to succeed, while ensuring I can be a husband and father at the same time.”

Another reason Wengle is doing so well, he says, is the high level of support from the Dublcheck head office team.

“There is a huge amount of support available for franchisees and not only from head office - fellow franchisees also help each other,” Wengle says, who adds it feels not unlike a big supportive family in many ways.

That so many Dublcheck franchisees find success early on is something Carol Stewart-Gill emphasises.

She says: “Commercial cleaning is one of the best industries to join as a franchise owner, because every building, office and shop needs regular cleaning, so it’s a market that is more robust and recession resistant than most.

“The way you choose to run your franchise is entirely up to you and your situation. You can adopt a hands-on approach or choose to oversee and manage your operation.

“You can have as much or as little involvement as you like. With Dublcheck, you can build a successful business with a half a million pound turnover per annum without making a single sales call. Business is sourced on your behalf and continuous sales leads are guaranteed within the franchise model.

“With our experience and track record, we can safely say that if you put in the effort and follow the system, the rewards with Dublcheck are there. We guarantee the contract value for the first year, so if you lose a contract for any reason other than non-performance, Dublcheck will replace it free of charge.

“You can earn as little or as much as you want, as there’s no upper limit on the number of contracts you can operate.”

Dublcheck has an outstanding record of franchisee success throughout the UK, with many franchisees enjoying the satisfaction of developing long and rewarding relationships with a variety of customers.

The franchise requires hard work, but provides security within the demanding world of business ownership.

So what’s next for Wengle? “In the near future I will be committing 100 per cent to the business,” he says. “And I’m still looking to grow the business, which has seen turnover rise by 55 per cent in 2016.

“It has been a great adventure to be part of the Dublcheck success story and, six years on, I still feel my best is ahead of me - both locally and for the rest of the franchisees nationally.”

One gets the feeling talking to Wengle that there won’t be many things that will stop him from achieving his goal.