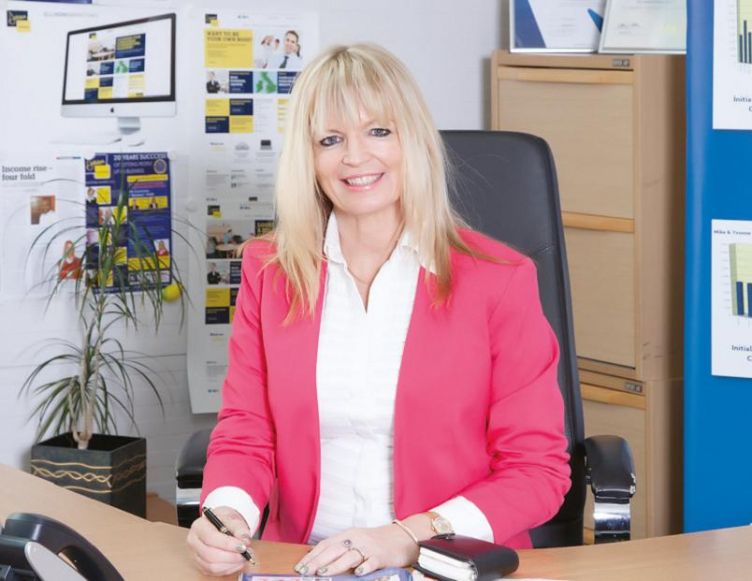 It’s often the case that Dublcheck franchisees come from all walks of life - and Ross Harley is a good example of someone whose path into franchising for the cleaning company hasn’t necessarily followed a ‘traditional’ route.

Having been in the army for eight years, Ross moved into sales and, as he explains, held various positions over the next 12 years: “From hair care products to tax-free shopping”.

“I decided after a couple of jobs that weren’t bringing in the sort of level of success I was after to look at becoming self-employed,” Ross says from his home in Fife on the east coast of Scotland, an area famous for its colourful fishing villages, glorious beaches and coastline.

“I found myself at a crossroads, not sure as to where to go next. I decided to look at franchising, as it seemed to offer a much higher success rate than going it alone.”

Ross attended a franchise show at Birmingham’s NEC in 2015 and looked at various franchises - among them Dublcheck.

He had come across Dublcheck in Making Money magazine and was interested in the company. Ross enjoyed talking to a franchisee, who told him what to expect day to day as part of the network.

Ross says at first he wasn’t 100 per cent sure the cleaning franchise was right for him and he was considering investing in an estate agency franchise for a while alongside Dublcheck. But it didn’t take too long for him to choose between the two. A matter of months later Ross went ahead and invested.

Founded in 1993 by Carol Stewart- Gill, Dublcheck has been providing premier cleaning services for offices, showrooms and health facilities throughout the UK for over 20 years.

Unlike many of its competitors, the company operates a guaranteed turnover scheme and provides head office support, which ensures every franchise becomes a lucrative enterprise.

“I went away and thought about it,” Ross says. “I kept coming back to what the franchisee had said at the NEC and about how successful he’d been with the franchise.

“The way he talked about what it was like to work for the company swayed me and the guaranteed turnover was the decider. I decided to take the plunge and plumped for Dublcheck.”

Ross bought in at a guaranteed turnover of £36,000 in the Fife area, between Edinburgh and Dundee.

That was just over two years ago and the ex-army man’s set up has changed considerably since then.

Ross says: “For quite a while it was just myself who did all the cleaning and there were two reasons for that. One, I wanted to know what I was talking about with my clients. You can train people, but until you get your hands dirty you don’t have an appreciation of the role.

“Secondly, if you employ someone else and there are problems, you don’t really know what the issue is necessarily. So it’s best to get in there and do it yourself - to start with anyway.”

In the early days Ross supplemented his earnings by driving a taxi six nights a week. As the business grew, he cut down on the number of night shifts and was soon down to two nights per week at weekends.

But an early 8am Monday morning contract meant he had to take on a cleaner to do the shift he couldn’t make. It was a turning point for Ross, who now has 16 cleaners working for him across the region and is down to one night a week in his taxi.

“It was the final nudge into paying others to do what I’d been doing,” Ross explains. “I fairly quickly followed up with another person working 10 hours per week and after a while realised this was the way forward.

“Now I don’t do any cleaning, apart from covering for sickness and holiday. I now have 16 people working for me, varying from four hours a week to 16 hours a week.”

However, it hasn’t all been plain sailing, as Ross is the first to admit. “I’m happy with everyone on the team now, but the biggest challenge has been getting the right people,” he says.

“I’ve had some people trying to pull the wool over my eyes and a couple who just weren’t up to standard. It’s difficult to let people go when they’ve been trying hard, but at the end of the day it’s my reputation that’s at stake and it’s important to take on staff who are up to par.”

Ross has a good working relationship with everyone on his team and says, like any business, it has its ups and downs.

“When you have your own business, you have to make things happen,” he says. “But the support I’ve been given by Dublcheck has enabled me to build the business quickly over the last couple of years.”

Although word of mouth referrals are common in the network, building the business using the Dublcheck website is what’s given Ross the best returns.

“Google ads have been very successful for me,” he says. “I listened to the marketing guys at Dublcheck and did what they suggested. “The quality of enquiries generated by Google ads are quite high. People have gone onto the website and come to me - and the business has grown.”

What would Ross say to other potential franchisees about Dublcheck?

“Do your research,” he advises. “It’s hard work at times, like any business. But what stands out for me is that the company provides a mentoring service for the first year, which I found invaluable.

“It’s the little things like that - how to deal with staff, the community that’s there, so if you’ve had an idea you can pass it on, and vice versa. People give advice to each other.”

His decision to invest seems to be working well. Ross is now turning over £100,000 per year just two years after starting his Dublcheck franchise.

What’s next? Further expansion over the coming months is Ross’ focus.

“I’m advertising for more cleaners as more business is coming in,” he says. “Hopefully within the next year I’ll have between 20-25 people working for me and ideally I won’t be driving taxis any more.”

One gets the feeling speaking to Ross that his drive and determination will enable him to create exactly the business he dreams of.

Case A (this business is managed with 95 per cent of the cleaning done by employed cleaners),