“My first ever client is still with me today, which means I must be doing something right” 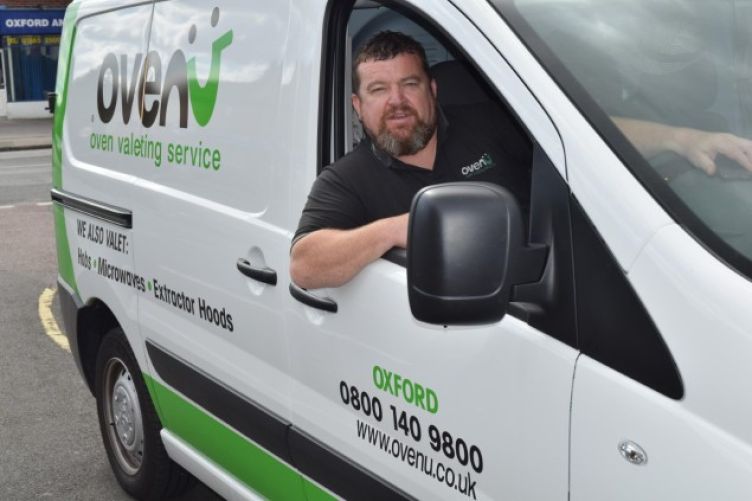 Steve Archibald, who counts a host of celebrities amongst his clients, is marking the 20th anniversary of his Ovenu Oxford business

Steve Archibald estimates he has restored the sparkle to more than 12,000 ovens over the past two decades, but despite that, he insists his passion for the job is undiminished.

The 52-year-old, who is Oxford born and bred, has several star names on his books, including a Hollywood actor, famous musicians, plus TV and media personalities. Given the area’s strong links to the automotive industry and motorsports, other clients include figures with links to Formula 1.

“There are a host of celebrities who live in the Oxford area, some of whom I’m pleased to count as clients,” he added. “This business is all about meeting some lovely people and delivering excellent service. It’s certainly a varied life, one minute you might be cleaning the oven of someone who was on TV the night before, and the next you are chatting to a pensioner on a council estate.

“While cleaning a celeb’s oven might make life more interesting, they also tend to have much larger and more intricate appliances, such as range cookers!”

Before launching Ovenu Oxford in 2002, Steve worked at the city’s BMW plant, leading a team involved in quality inspection and road-testing the MINI. Before that he trained as a chef in Oxford French restaurant, La Sorbonne, where he cooked for Princess Diana, Sir Edward Heath, Harold Wilson and Sir Alec Guinness.

Steve, who still lives in the centre of Oxford, said he was drawn to the Ovenu franchise because of its targeted territories, the high level of ongoing support available and the fact it is a recognised quality brand.

He added: “It’s also different from other franchises in as much as it charges a flat monthly fee rather than taking a percentage of your income, which means it’s easier to budget for and more importantly, your hard work is not penalised!.”

Rik Hellewell, founder and managing director of Ovenu, said: “Congratulations to Steve on his 20th anniversary. He’s one of our most experienced oven cleaners and a great example of someone who has used the Ovenu franchise model to build a highly successful business.”

Steve is currently being kept extremely busy by Oxford’s academia as the start of a new term approaches, with changeovers of both staff, dons and students.

He added: “My main priority is keeping busy and maintaining high standards, which is why Ovenu Oxford is such a success. My first ever client is still with me today, which means I must be doing something right!”

Send a free enquiry to Ovenu for further information!