How Cafe2U is making an investment in the future 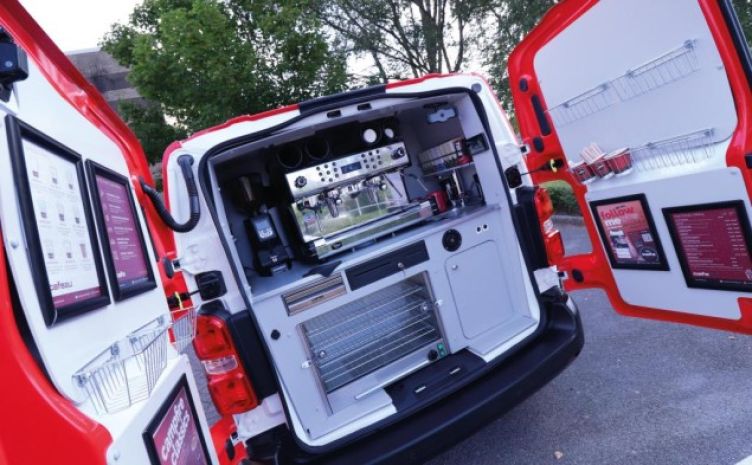 With the UK recently hosting the 26th UN Climate Change Conference of the Parties (COP26), there has never been a better time for British businesses to focus on their impact on the environment.

The conference, which welcomed world-renowned figures such as Joe Biden, David Attenborough, Greta Thunberg and The Queen, focused on putting pressure on the planet’s largest polluting nations, while also focusing on what other nations can do to secure a ‘net zero’ future.

Closer to home though, COP26 has inspired us to raise questions about what franchise businesses can do to implement and work towards their own sustainability targets.

Firstly, it’s important to look at your everyday business operations to see if there are any instant changes you can make to improve your carbon footprint.

These quick wins will usually look like going paperless – by removing all paper from head office communications – or swapping energy suppliers to one of the increasing number of green energy providers.

Once these more obvious changes have been ticked off, it’s time to take a closer look at how your operations can be future-proofed to factor in your sustainability goals.

For instance, Cafe2U has recently launched its – and the UK’s – first all-electric coffee vans, with a view to rolling them out across the company’s near 100-strong fleet in the next five years.

Coupled with a switch to compostable coffee cups, a paperless head office and a move to a green energy supplier, Cafe2U has made great initial steps towards its own net-zero target.

Reducing its carbon footprint is vital to the company and its customers, so Cafe2U is always on the lookout for new ways to become even more sustainable and is delighted to be leading the way in the mobile coffee market.

However, the hard work has only just begun, as the company not only looks to test the accountability of its supply chain but also, as a franchise business, works to ensure all Cafe2U franchise partners are engaged with the business at each stage of its journey.

For instance, the company recently made a change to a new sandwich supplier due to it using 100 per cent recyclable packaging.

It’s these external factors that are often missed when businesses look at their sustainability profile.

It’s also important to recognise that although changes can take a while to implement and roll out across a network, there will be incremental steps that can still drive improvements in the meantime.

While each of Cafe2U’s franchise partners will eventually be driving an electric-powered van, with a five-year target to achieve this, the company is already removing diesel generators from existing vans and replacing them with emission-free lithium-ion batteries.

While some technologies and developments will require investment, it’s important to view this as an investment in the future of not just your business, but also the future of your staff, partners and customers, too.

And Cafe2U is increasingly finding that potential franchise partners – as well as customers – are placing sustainability at the forefront of their decision making.

There are also a whole host of additional operational benefits these changes can bring.

As well as being better for the environment, electric vehicles will enable Cafe2U franchisees to access indoor events and emission-free zones, amplifying its pro-sustainability message even further.

To be the world’s first is a testament to the progressive nature of the brand and the hard work both its head office and franchisees put in each day.

Following the world leaders gathering in Glasgow, it’s never been more important for franchise owners to ensure that pro-sustainability messaging remains consistent throughout their business by establishing a set of in-house practices to which all franchisees can adhere.

The franchises that choose to do this will establish themselves as leaders in the fight against climate change. Those that fail to do so will risk their franchises being left behind.