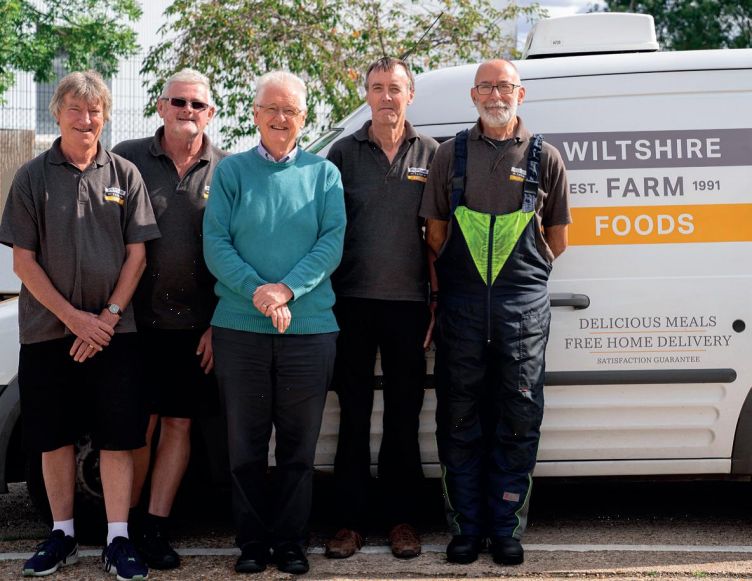 “It’s a nationally recognised brand that has been established for over 25 years,” says Austin

Established for over 25 years, Wiltshire Farm Foods is a highly successful franchising brand that supplies delicious and nutritious frozen ready meals to the local community that are easy to prepare and delivered direct to the freezer.

The network is made up of over 80 franchise partners, owning non-competing territories.

Austin Droney is one of them. He currently owns the Bracknell franchise and is one of the longest serving franchise partners in the network. Austin says working with the brand makes a significant difference to the community he works in.

“I was fortunate enough to buy my franchise at the start of the concept. In 1995, apetito purchased the brand from Walden’s. From my point of view, this was the best thing that could have happened. Due to the level of investment and expertise, the brand is now a £100-million brand. Who wouldn’t want to be part of that success?”

The Wiltshire Farm Foods model is based around good old fashioned service that seeks to make a difference to the lives of the older population, helping them retain their independence living in their own homes.

For many, the Wiltshire Farm Foods team are sometimes the only people they see or speak to from one day to the next and the importance of this relationship is key to the success of the business.

As an established franchise partner with Wiltshire Farm Foods, Austin has experienced the highs and lows of franchising.

“It’s a nationally recognised brand that has been established for 25 years. For those looking for a business with a social conscience, Wiltshire Farm Foods, through apetito, has recently won the Queen’s Award for Enterprise: Sustainable Development for its commitment to conducting business in a way that impacts positively on the environment, society and economy.

“It also won the Queen’s Award for Enterprise: Innovation in 2016 for its range of products, addressing such issues as malnutrition in the elderly, dysphagia and other specialist dietary requirements.”

If you’re interested in becoming a Wiltshire Farm Foods franchise partner, book a place at the company’s next Franchising Insight Day at its head office in Trowbridge, Wiltshire on February 28.

At a glance Wiltshire Farm Foods

for an average sized franchise, you would typically need £150,000 in personal funds, plus a business loan to purchase the business and all necessary assets