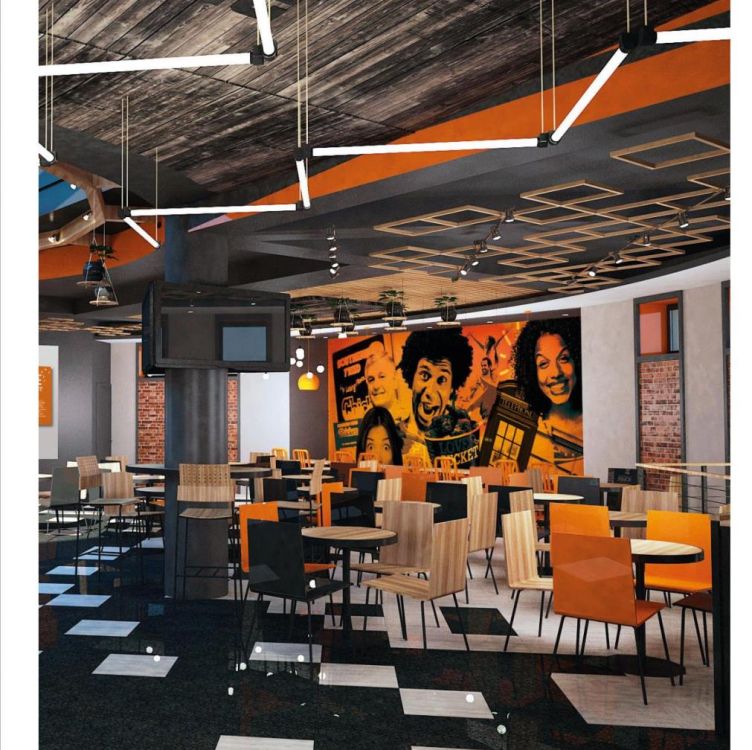 Looking for a tasty franchising opportunity? Find out why Southern Fried Chicken could be just what you need

The Great British Quick Service Restaurant franchise Southern Fried Chicken is on a roll. Since the beginning of the year, owners FFS Brands Group has revamped the menu, unveiled a contemporary new store design and successfully launched a sister franchise in the UK, AJ’s Piri Piri.

Still more importantly, the franchise continues to exceed its ambitious plans for global growth. It is targeting 120 fully franchised sites open within three years and has already opened master franchises in seven new countries, most recently Cayenne French Guiana and Dubai. A new master franchise agreement has been secured in Martinique & Guadeloupe, which will be rolled out later this year, with more franchise agreements in the pipeline to be announced shortly.

According to FFS Brands President Chris Gibson, the new look Southern Fried Chicken franchise is proving a tasty opportunity for investors who recognise the scale of the business potential and also appreciate the company’s flexible approach.

“Our goal is to expand our global network so we’re happy to look at a business model that works for the right investors,” Gibson explains. “In some areas – such as Martinique & Guadeloupe – there is up front investment by a major supermarket chain in a full master franchise to complement and extend their existing business offering; in other cases investors prefer instead to initially become franchisees, committing to opening three restaurants over a two year period before deciding to take on the master franchise. Either way, the situation is win-win. We’re confident that the success of the stores will deliver the master franchise agreement most of the time, but where for whatever reason the investor decides that it’s not for them, we have gained a footprint in a new region. This alternative option has opened up the franchise opportunity to a wider investment audience and is helping us drive growth in new areas.”

“The Caribbean region – along with the Middle East, South America and East Africa – are particular targets for the brand,” says Gibson. There is low penetration by the bigger brands in these areas and this, in addition to the high quality of the product, the affordable set up costs and comprehensive support for rapid business development is all highly attractive to potential master franchisors.
“Cayenne is going incredibly well. There’s not huge competition for us in the Caribbean islands and in the developing markets, such as French Guiana, all over South America consumers love the high quality fresh chicken product as well as the local ‘twist’ we can add to our menus. Most of the large fast food franchises are very prescriptive and won’t allow the same flexibility we offer to cater to local tastes. It’s another reason our franchise is a popular choice.”

Southern Fried Chicken prides itself on providing locally sourced, high quality, fresh food. Many of its restaurants, although not all, use halal meat. FFS Brands has deliberately positioned the franchise away from the cheap, low-quality processed fastfood marketplace, instead focusing on fair prices, good service and a varied menu that can be adapted to provide regional appeal. This attracts a loyal customer base who return time and time again, and that adds up to a great business proposition.

Chris Gibson believes that Southern Fried Chicken offers all the benefits of a ‘big brand’ fast food franchise, but at much more affordable cost. Master Franchise owners have the opportunity to develop a chain of owned stores, or recruit franchisees; whichever option is chosen, the franchisor provides maximum support for an agreed expansion programme over the first two to three years.

Despite its name – based on a favourite dish from the deep South of the’ good old’ USA – Southern Fried Chicken is in fact a UK based company, albeit with a world-recognised brand, a reputation for high quality food and excellent service. Its specialist catering equipment is manufactured by a sister company within the FFS Group, Vizu Brand Equipment, and its own exclusive seasonings and sauces are also supplied from within the Group. This gives Southern Fried Chicken an extraordinary degree of control over costs as well as independence and flexibility in developing its menus and its markets.

The business model works and has helped Southern Fried Chicken to grow a network of over 700 original licenced stores in the UK and internationally since 1982, and hundreds of fully franchised stores in 20 countries worldwide to date.

However, never a company to ‘rest on its laurels’, Southern Fried Chicken has undergone something of a makeover this year, showcasing an edgy urban design theme for its new stores at the Franchise Paris Expo in March; the new look stores are already in evidence at Dubai Marina. Additionally, while at the show the Southern Fried Chicken brand managed to attract a new developer aiming to open a site at Aubervilliers in Paris shortly and huge interest for French speaking islands in the West Indies and all over the globe.

AJ’s Piri Piri is the latest feather in the franchise hat for Southern Fried Chicken. Developed to attract not only new start-ups, but also existing businesses in the fast-food space who see the opportunity to upgrade to a national brand with the brand muscle and market expertise of Southern Fried Chicken behind it. Initially, AJ’s Piri Piri will be marketed in the UK, but the long-term vision is to offer the franchise on a global basis, says Chris Gibson.

“AJ’s Piri Piri represents a completely different style of franchise model,” he states. “It will be available to existing independent takeaway owners looking for a striking new brand and a fresh offering. For those already established with premises and certain equipment, an AJ’s brand refresh could mean an investment of as little as £5,000 including training fees.”

AJ’s is also expected to appeal to those looking to become new business owners in the QSR sector, but at an even more accessible level than the Southern Fried Chicken brand. “More than 90% of the enquiries that FFS Brands receives come from fast food operators searching for a new look, but without high capital investment,” Gibson confirms. “Therefore, we decided to offer investors a new way to join us and benefit from the systems that have worked for hundreds of Southern Fried Chicken businesses all over the world.”

AJ’s offers a fresh new style Quick Service Restaurant with bright, bold graphics and a menu of succulent, spicy chicken dishes, which have already proved a huge success on mini menus in Southern Fried Chicken outlets. The package comes with an option to use existing equipment to complement the core equipment needed to deliver the quality food AJ’s Piri Piri offer. The model is geared for rapid return on investment and sustainable, long-term profitability.

In recent years the fast food market worldwide has experienced rapid growth with more consumer spend on quick service catering than ever before, but also a rising demand for healthier food options. “This is the secret of Southern Fried Chicken’s success,” says Gibson.
“The roll out internationally of Southern Fried Chicken and the launch of AJ’s Piri Piri is absolutely spot-on for investors looking to embark on a new venture with a wellestablished and proven brand, with the support of a highly experienced management team.

“We’re confident that AJ’s Piri Piri will take off in a big way,” he concludes. “Although we are rolling the brand out in the UK in the first instance, our strategy will be to grow the network internationally over the next three to five years, as we have done with the Southern Fried Chicken brand. The mini menu in our Southern Fried Chicken restaurants has already contributed to a 20% increase in sales for many of our restaurants, and with a dedicated brand targeted at traditional takeaway locations, look out for an explosion of AJ’s sites across the UK – and ultimately across the globe!”