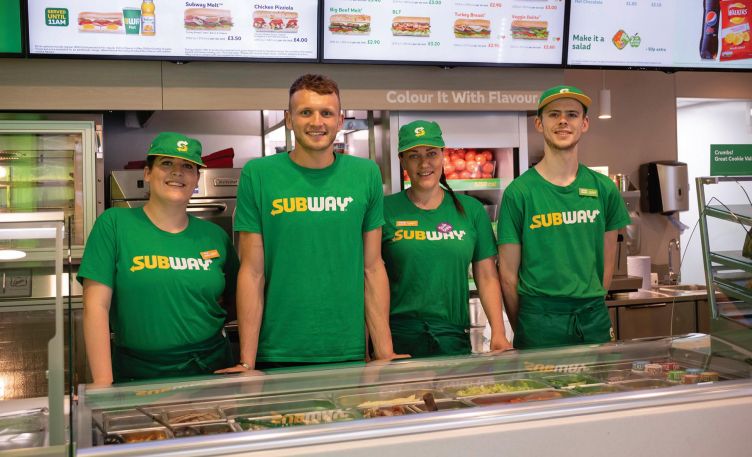 Subway is the world’s largest franchise network, made up of thousands of entrepreneurs. Each store is individually owned and operated by franchise owners, who are members of the local community and committed to contributing to their local economy.

Subway’s franchise model has helped many entrepreneurial individuals become franchise owners and take control of their destinies. Could you be next?

I loved the brand

Will explains: “During my school years, I was a regular visitor to my local Subway store. In fact, the sandwich artists began to recognise me and would start making my sub to my exact specifications long before I had even had to ask for it.

“I loved the brand and its future potential. My family is in farming, but I didn’t feel this was the right career path for me. With the business studies knowledge I had gained at university and my passion for the brand, a Subway franchise felt like the perfect career.”

Will met with his local business development team, who were able to provide all the advice and guidance he needed. With a little financial support from his dad, Will became the franchise owner of an existing Subway store in Bath in August 2016. A second store in the city followed in May 2018 and two further stores in late 2019.

Like all new franchise owners, Will attended a two-week training course at the Subway support centre in Cambridge. This provided all the necessary classroom and in-store experience he needed to run his franchise.

“The training was good fun,” Will says. “I had a great group, many of whom were from different countries in Europe and we have stayed in touch.

“The support Subway provides for franchise owners is ongoing and consistent. My business consultant is always at the end of the phone to help with anything from deliveries to financials and advertising.

“The best part of being a Subway franchise owner is the flexibility it offers. I enjoy being my own boss, in charge of my work-life balance and longer-term future.”

A typical day sees Will spreading his time across his four Subway stores in Bath. He regularly works on the front line, serving guests alongside his 35 members of staff.

With new and existing store opportunities available throughout the UK and Ireland, Subway is keen to hear from hard-working, entrepreneurial individuals who want to join one of the most popular franchise brands.

At a glance Subway

worldwide in more than 113 countries