“Owning a fitness business is so rewarding on a personal level” 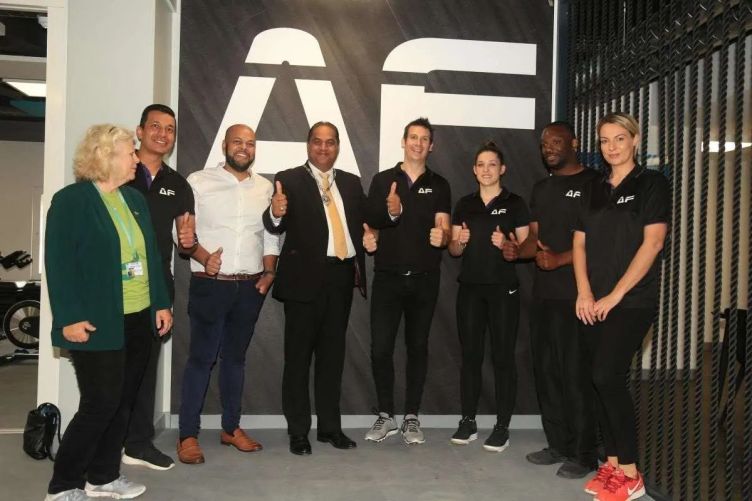 With the confidence of two hugely successful club openings already behind him, the future looks bright for Raj who has his sights set on further club openings and achieving even greater business success with the brand.

Business in his blood and choosing franchising

Raj grew up in a business environment, initially being a co-owner of several catering restaurants and cafes. With big ambitions and wanting to learn more about corporate structures, he later worked in-house at several corporate companies to gain a further understanding.

With this experience under his belt, he decided to go down the franchising route, attracted by its strong levels of support and existing brand equity. He initially started by owning a high street hospitality franchise but with spiralling staff and stock costs and ever-decreasing profit margins, he knew he needed a change and a franchise that was right for him.

Searching for business success and the opportunity to diversify his business portfolio into a new market, Raj came across Anytime Fitness at the National Franchise Exhibition and was immediately drawn towards the proposition.

“Owning a fitness business is so rewarding on a personal level,” he said. “It’s nice to see members developing from when they first set foot in the gym and achieving their goals, knowing that you’ve played a small part in that. You’re selling a product that’s good for everyone, no-one can complain about being too healthy can they?”

Opening the first club in Headington

After signing his franchise agreement, Raj worked closely with the expert property team at Anytime Fitness UK to look for his first club location. With a competitive property market at the time, it was a patient process and after looking at several locations, found his perfect side in Headington, Oxfordshire, a stone’s throw from John Radcliffe Hospital.

Anytime Fitness Headington opened in September 2019, enjoying a strong presale and forming great relationships with both the nearby hospital and the campus for Oxford Brookes University. With a welcoming, community feel and being one of the first clubs in the UK to roll out Anytime Fitness’ new state-of-the-art Generation Two internal design, it quickly grew a four-figure membership base and began providing Raj with a significant return on investment.

Within weeks of the Headington opening, Raj started the process of owning an additional Anytime Fitness club.

“Once the first site opened and I saw how well it was going, it gave me the confidence to want to do it again. Having already gone through and followed the process, you naturally feel really positive,” he explained.

The property team at Anytime Fitness UK sourced a prime location in Daventry, Northamptonshire, around an hour or so away from the Headington club and as a former cinema, the property provided a great footprint for a health club.

“I know how important prospect numbers were from the Headington experience so the support we received from the support office was vital,” added Raj. “We had to do a lot of things digitally to boost our prospect numbers and once we had a confirmed opening date for indoor leisure facilities from the government, these people were confident to commit to memberships. All our early work paid off and the team did a fantastic job in converting these leads.”

Support from the brand and looking to the future

After another successful opening, Raj has his sights set on further growing his club portfolio with Anytime Fitness. Raj is one of many franchisees that doesn’t have a background in health and fitness but says this has never proved an issue.

“As long as you understand business and are willing to be dedicated to everything that you do, you can run a hugely successful club. Anytime Fitness are the fitness experts and it’s a two-way partnership ultimately between you and them as a franchisor; the brand is there and they give you this great blueprint for success but you’ve got to work hard to take advantage of what’s available to you and make your business successful,” he said.