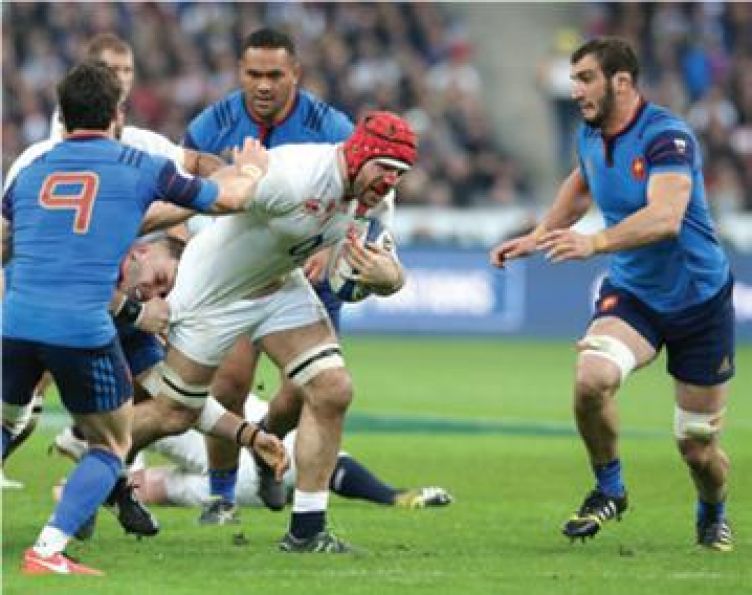 Thanks to F45 Training, rugby star James Haskell is turning a lifelong interest in health and nutrition into a new career. Tony James reports

Playing Premiership rugby for Wasps and Northampton Saints and being the third most capped England back row forward would seem to be career achievement enough - but apparently not for James Haskell.

The 6ft 4in British and Irish Lions flanker, who has just returned to the Northampton side after ankle surgery and still has dreams of an England recall for this year’s World Cup in Japan, is fast turning a lifelong interest in health and nutrition into another burgeoning career.

James explains: “I’m 34 and hopefully have got a few more seasons in top class rugby. I plan to enjoy what I have now for as long as I can, but I realised a long time ago that playing rugby won’t last forever and you have to plan for the future.”

James has three best-selling books, an online health and fitness portal with nearly 300,000 followers and a growing reputation as a DJ. Now comes another major challenge: he recently launched the Bath gym of the fast growing fitness chain F45 Training, one of the latest of 1,500 franchises sold across 37 countries.

“I’ve been an ambassador for F45 for some time and I’m delighted to be taking over a franchise,” James says. “I loved it the first time I went there. It has a great atmosphere and team spirit that you don’t get in other fi tness systems.

“I first tried F45 in the US when I was over there on holiday. I found the circuit-based training really valuable and fun - all the sort of stuff I would use to get fit for rugby. The class-based system works incredibly well and caters for everyone’s needs.

“I love the team atmosphere and the fact the system uses your full body to help you get into shape. It’s simple, welcoming and not intimidating in any way.

“I think people are crying out for a results-based group fitness programme that’s never the same and delivers what it says it will. That’s what F45 is all about and why I’m so delighted to be involved.”

First franchised fi ve years ago in Australia by former equities trader Rob Deutsch, F45 - the F stands for ‘functional’ - was the result of spotting a gap in the health and fitness market. He discovered that people were turning up at commercial gyms about once a month: “And that’s really bad in terms of how much usage they get out of it.

“One day you might train like an American quarterback and the next like a surfer,” is how Rob puts it. “We are the Apple store of the health and fitness scene.”

A larger than life figure both on and off the pitch, James delights in F45’s dynamic approach and spends as much time as possible at the gym, hosting classes and encouraging clients to reach their targets.

Down to earth, friendly and charismatic, his extra-curricular activities have always made for interesting reading - from his marriage to TV hosts Richard and Judy’s daughter Chloe Madeley, to turning up at Harry and Meghan’s wedding when some thought he should have been playing rugby.

Wasps, James’ club at the time, were playing Saracens in a Premiership semi-final and in fact he had been ruled out of the match by injury and had the blessing of the head coach to accept a wedding invitation.

“There was nothing I could have done at the game - I would have been sitting in the stands,” James explains. “It was a cheap, easy headline for people to get press out of it.”

Eyebrows were also raised when James decided to use the break between leaving Wasps and joining Northampton to take a DJ’ing course, but he believes there’s an important correlation between music and success in sport.

“Music has been very important in my career - the right music at the right time can make a massive difference,” James says. “When I started playing, I was the only person on the team bus with earphones. Now if you don’t wear them you’re regarded as weird.

“I make up a playlist before every game. It’s mostly house music and techno, which is a bit more aggressive - but after all, I’m in an aggressive sport.”

Recently, James found himself DJ’ing at Harper Adams University, as well as headlining in front of 4,000 young farmers at a Blackpool conference, an experience he reckons was the next best thing to running out for England in an international match.

He knows all about that - only Lawrence Dallaglio and Joe Worsley have got more England back row forward caps than James’ 77. He played a key part in England’s Six Nations championship victories in 2011, 2016 and 2017 and was named ‘man of the series’ after England’s 3-0 victory over Australia in June 2016.

Although he first played the game at five, James insists he never wanted to be a rugby player: “I either wanted to drive a JCB or join the SAS, but I just got into a situation where it happened.”

Part of Wasps’ successful youth set up, he signed for the club when he was 17 and represented England at U18, U19 and U21 levels and made his senior England debut in 2007.

Now settled with Northampton Saints - his second Premiership club after 12 years across two spells with Wasps - James decided to include an F45 franchise in his growing portfolio of health and fitness activities.

“I have always loved Bath - it has one of my favourite rugby grounds - and the city has a young fitness focused demographic that suits our target audience and ambition,” James says. “It has a good family atmosphere and a lot of potential.”

An F45 franchise costs £200,000- £250,000, with a minimum capital requirement of £125,000, and provides premium quality fitness equipment, maximum returns on membership numbers and a tried and tested formula.

As James says: “Being a professional sportsman, I spend every day of my life getting, and staying, fit. What better franchise could I have than F45?”