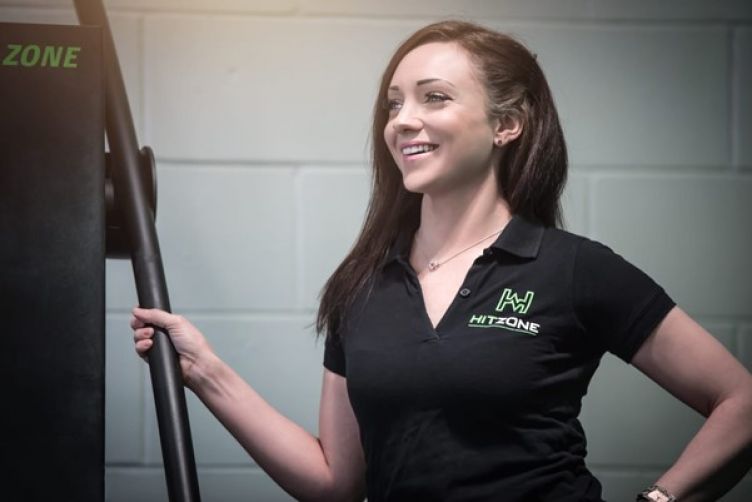 After three years of developing her business skills and building a strong community, Nikki Wallace has opened her second HITZone studio

Nikki Wallace is a successful business owner who opened her first business in Lisburn, N.Ireland in 2018. Up until then, Nikki had been working as an employee within the hospitality sector for many years, however, she had always had an interest in health and fitness and a passion for helping people. Fortunately, Nikki discovered HITZone through a friend and, with zero business experience, decided to give up her old life and start her own business as a HITZone franchisee. Now, after three years of developing her business skills and building a strong community of happy and satisfied members, she has expanded her business and opened a second studio 20 miles away in Bangor.

How does it feel to be opening your second HITZone studio?
It feels amazing to be able to branch out to open a second studio, and to have the opportunity to help even more people, and to build another community of like-minded individuals who are going to enjoy exercise, potentially for the first time, and get fitter and healthier while having fun!

How long has the new studio been open and what sort of interest has been shown by the local community?
The new studio has been open a couple of weeks now and the interest from the people of Bangor has been really good. Everyone seems buzzing to have something different in town and they are all excited to see what it is all about. Anyone that I have signed up already has been recommending it to all their friends and family which is lovely, and I’m delighted to have established such a strong member base so quickly.

When new members sign up to join your studio, what type of reasons are they giving for wanting to join a HITZone?
The main reason they give is that they don’t have time to spare. Our short, sharp, 25-minute sessions are always a big hit, as a lot of the people I sign up are busy parents, working mums and professionals - people who don’t have an awful lot of time to dedicate to exercise.

Another reason that comes up a lot is that they just don’t like going into normal gym environments with all the complicated machines and people who look like fitness models because they feel intimidated and judged. They love coming here because they see that it is just regular people, and whenever they come in, they immediately feel at ease.

So yeah, my members are generally the type of people who would not be caught dead in a normal gym, but yet they look forward to coming to a HITZone session a couple of times a week. It’s all about creating a safe, friendly environment for normal people to exercise in – there has been nothing like this before.

What do you feel is the most challenging aspect of running your own business?
There is nothing that I do now that is more challenging than what I was doing working as an employee in hospitality, which is what I had been doing before this. Perhaps if I was running another business it would be different, but because it is HITZone you are surrounded by so many lovely people, from your members to head office and other owners and coaches. Everybody is just so nice and everybody works together as a team. I don’t really see there being that many challenges, but maybe I’m just lucky!

What advice you would give to someone who is considering a franchise for their first business?
Well, I can only speak on behalf of this franchise because this is the first business that I have owned and the first franchise that I have been involved in. I’m sure there are loads of franchises that are different in the way they are run and have different protocols. But from my experience based on HITZone, the advice would be to definitely do it.

I’ve always wanted to open up my own business, but never had the confidence to do it, or didn’t think I had the right knowledge or support. But when you’re in a franchise, it has all been done, it has been tried, it has been tested. There is nothing that you will go through that someone else in the franchise hasn’t. So you have all this support from all the other owners and coaches and from head office. Not that I have come up against many issues so far, but when I have there is always someone to say you know, ‘I know how to fix that’ or ‘don’t worry that is normal’ and it makes everything so much easier.

You get so much support from everyone, and the old saying is true when it comes to franchises, ‘you are in business for yourself but not by yourself’. I’m so glad now that I didn’t open a business by myself and I did it the franchise way. Because I think it would have been a lot more challenging and stressful if I did it that way, whereas this doesn’t feel challenging and stressful at all, because as I said, you have the support there.