This hair salon brand is a cut above 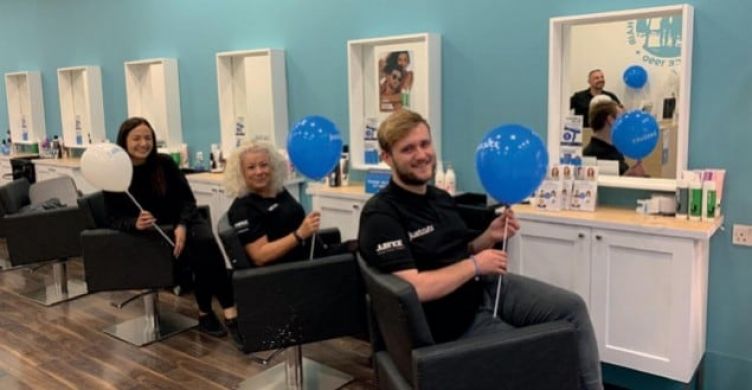 After an award winning 2020, Just Cuts is looking forward to a prosperous new year

It goes without saying that 2020 was the year that tested the hair and beauty industry. After two separate periods of forced closures spanning four months, salon owners continued to grapple with the ongoing restrictions and are no doubt relieved to see the start of a new year.

For international hair salon franchise Just Cuts, however, 2020 was a year for the record books, as the UK team celebrated two national award wins and an impressive response to COVID-19.

The Approved Franchise Association Awards, designed to reward and recognise the brightest stars from within the franchising sector, named Just Cuts the Best New Franchise of 2020.

In addition, Holly Feltham, franchise owner of the Just Cuts salon in the Lakeside Shopping Centre, took the award for Outstanding Young Franchisee of the Year.

UK general manager David Mathie, who was also shortlisted for Franchise Leader of the Year, was over the moon to receive the news during a virtual awards ceremony late last year.

He says: “Since first bringing Just Cuts to the UK in 2018, we’ve celebrated some fairly significant achievements, but it’s been during these last 12 months that I’ve witnessed such resilience and determination from our network.

“To have been recognised by a nationwide regulatory body is a real indication of our success and how our growth strategy has survived such a challenging period. I’m proud to stand by such incredibly successful franchise owners and - albeit virtually - celebrate a job well done.”

The Outstanding Young Franchisee of the Year award is an accolade given to determined individuals who showcase drive, dedication and growth within their business.

Holly, who was just 25 when she invested in her own Just Cuts salon, has since increased footfall so much that she’s had to expand into larger premises.

Holly says: “I’ve been part of the Just Cuts network since January 2018, when I started working as a senior stylist at the first company-owned salon.

“Even in those early days, I knew I’d be with the brand for a long time and had hoped I might go on to manage a salon one day. But to own and run my own salon has been more than I could have ever hoped for.

“Owning a Just Cuts franchise has given me the opportunity to do more with my life - more than other people my age can imagine achieving. I’m so proud to have won this award and just a few weeks after opening my new salon. It’s been a challenging year, but also the most professionally rewarding year of my life.”

As testament to Just Cuts’ growth in 2020, the company has also been shortlisted for another two national business awards.

The Quality Franchise Association has recognised Just Cuts in its Technology & Innovation and New Franchisor of the Year categories, while Holly has been shortlisted for Franchisee of the Year.

Winners will be announced during a virtual awards ceremony on January 29.