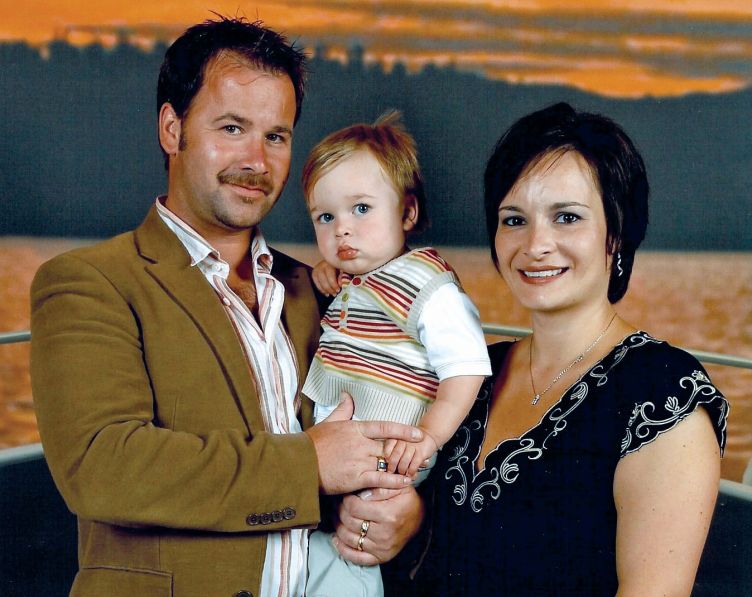 It was so important to choose a franchise that offered a work-life balance and the right values, says Platinum Property Partners franchisees Simon and Rebecca Waterfield

Rebecca and Simon Waterfield hadn’t even considered a career in property before 2010. The former chef and his primary school teacher wife were settled in their careers and quite content with being passionate about DIY, redeveloping their home and concentrating on their young family.

But following a serious accident in 2009 that left Simon unable to return to the job he loved, the couple had to rethink their lives and how they would secure an income going forward.

Rebecca and Simon, from Uttoxeter in Staffordshire, always had a keen interest in property. Despite both having demanding jobs, with Rebecca teaching full-time as well as providing special needs training to other teachers, and Simon working long shifts as a head chef in a nearby hotel, their shared passion for DIY meant they had previous experience of buying homes that needed redevelopment.

Rebecca was still on maternity leave after the birth of their second child when disaster struck. A serious car accident meant Simon was unable to go back to the career he enjoyed so much. Fortunately for the couple, his recovery was excellent, but it was a worrying period that caused the couple to re-evaluate their lives.

Deciding they wanted to change direction and set up their own business, Simon spent time during his recovery period researching all the options available.Eventually he saw a magazine advert for Platinum Property Partners and Rebecca encouraged him to attend one of the company’s discovery days to find out more. She recalls: “If nothing else, I thought it would get him out the house. By that stage I was climbing the walls with him being at home for such a long time, so goodness knows how Simon must have felt.”

Before the discovery day, Simon researched the Platinum franchise opportunity and carried out full due diligence on the company. Rebecca also spent a substantial amount of time on the phone to PPP’s founder, Steve Bolton, who was able to answer all her questions and provide much needed advice and support.

“We’d had such a traumatic time after Simon’s accident and we knew that the financial decisions we were making at that stage would affect the rest of our lives,” she explains.“It was crucial that we made the right choices. We looked at various franchise options in all sectors, not just property, but we kept coming back to the exceptional returns that PPP enables its franchise partners to achieve.”

Having learned from PPP the logic behind leveraged finance and making the family home work for them in terms of funding a new venture, the Waterfields spoke with other franchise partners about what was achievable while continuing to investigate alternative opportunities. However, all their research continued to point towards Platinum Property Partners as the option that best suited their needs. So in July 2010 Rebecca and Simon joined the franchise.

With the aim of building a family business that they could eventually pass on to their children, the Waterfields structured a five-year plan for their new company. Guided by the PPP team and supported by other franchise partners within the network, the couple set to work on researching the local area to make their first purchase.

By the end of 2010 they had already bought, renovated and fully let a six-bedroom property in Clayton, near Newcastle-Under-Lyme, and were planning the next additions to their portfolio. In 2011 another three properties successfully followed, all around the Newcastle-Under-Lyme and Stoke-on-Trent area.

Rebecca and Simon’s five-year plan is now reaching fruition with the expansion of their business to include Simon’s brother, who undertakes all the maintenance and management of their properties, and Simon’s sister-in-law, who assists Rebecca with administration, accounts and marketing.

Rebecca says: “We are on track in terms of where we had planned to be at this stage. Our income levels are where we anticipated they would be, and we will soon be considering our next purchases. All this has only been possible due to the support of the PPP team.”

But that’s not all. The Waterfields have also achieved their lifestyle goals of spending more time with their young children, frequent family holidays abroad and long weekends away, as well as getting involved with the local ‘Friends of the School’ association, parent groups and other activities.

Most importantly, the couple are enjoying the freedom that running a franchise gives them while seeing the financial rewards of a healthy income - being able to send their children to private school and earning the capital to realise their ultimate goal of buying a plot of land in order to design and build their dream home.