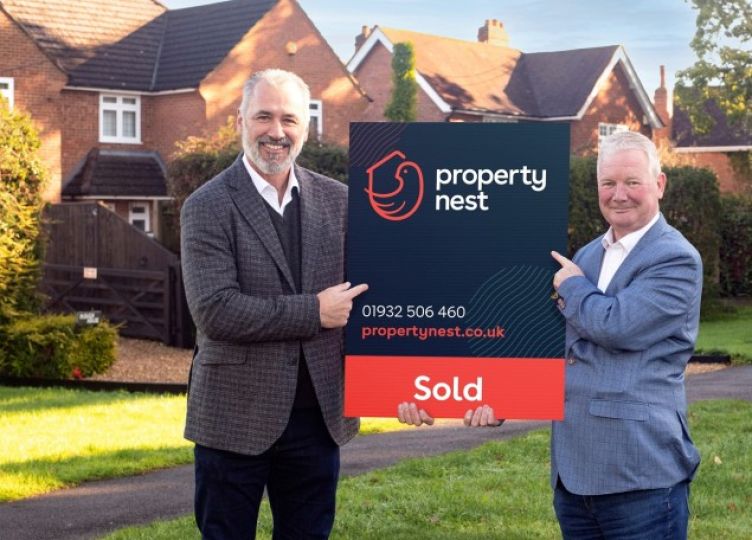 Doug Parks is a Propertynest franchisee operating in Elmbridge. He set up his franchise in 2020 in the middle of the pandemic. “It may have not been the ideal time to launch, but with the support of the Propertynest franchise team plus some hard work, I’ve made it happen and have been successful in a short time,” Doug explains.

“As a relatively new business, the bulk of my time is spent promoting the Propertynest estate agent brand in my territory which includes Weybridge, Cobham, Esher and surrounding villages. This includes writing letters to sellers whose homes are already on the market but may be struggling to sell, or networking at local business groups. Promotion on social media is also key.”

The properties which Doug markets are listed on major portals such as Rightmove, Zoopla and PrimeLocation. Around 90 per cent of his leads come through Rightmove and access to listing properties is included in the Propertynest franchise agreement. Listing on all the key portals means that clients have the best chance of their property being seen by interested buyers.

After dropping his son off at school, Doug spends the day working from home using software called Sprift, which is supplied as part of the Propertynest franchise opportunity. The system enables users to see any new properties which have come onto the market, any which have been withdrawn and any price changes which may indicate a vendor may be receptive to a new marketing approach for their property. Doug is then able to target them to introduce his estate agency services.

Doug also spends a great deal of his time meeting with clients and suppliers. He says: “Part of my day is usually spent with potential buyers viewing the properties which I am selling.  I will also be talking to vendors, ensuring they are up to speed with developments in the process of selling their home.”

Proactivity and a personalised service

Doug’s job requires self-motivation and a driven nature. “In my role as a self-employed estate agent, it is important to be motivated! I need to be proactive to secure new clients and this means direct contact to introduce the services I can offer as a Propertynest agent,” he explains. “Our unique selling point is that we offer a highly personalised service. From initial enquiry through to completion, clients work with me so they can be rest assured every detail is taken care of, and they can always contact me with any questions at any time.”

What Doug offers is a more involved approach than what other high street agents offer. Rather than multiple agency staff being involved in the process leading to a lack of continuity, Doug becomes involved in all aspects of the sale. He says: “I’m constantly liaising with solicitors and attending photoshoots, working with photographers to ensure floorplans and images properly illustrate the property’s highlights.

“I also advise vendors on how best to present their homes. Often, I need to be candid without offending! People can get used to living with tiles that need to be re-grouted or taps that really should be shining. Curb appeal is also important as the first sight of a house always makes a strong and lasting impression.

“I recently needed to request a Christmas tree was taken down before photos were taken, as a property marketed in mid-January still showing Christmas decorations would be really off-putting. These little details can make a big difference when it comes to first impressions.”

Last year, Doug took on a self-employed associate who is enabling expansion into Yateley. He says: “I meet with Mark every fortnight to catch up. He’s an experienced agent so he’s able to run his own operation, so we just touch base to ensure everything is on track.”

Doug is excited to see what 2023 brings. He explains: “There will be challenges, but whatever turn the economy takes, people will still need to move home. People will grow their families and need more space. Some will get divorced and sadly, some will pass away. It’s the circle of life and this ebb and flow will continue to fuel the need for people to sell and buy properties. I will continue to support my clients whatever their life changes, to ensure their property transaction is as smooth as possible.

“After a day’s work, I’m usually found checking the stock markets or watching football on TV. I really enjoyed the World Cup, although I felt England could have achieved more! I’m also a golf fan and a resolution for this year is to see if I can get back into playing, perhaps finding time to mix a little golf with business!”