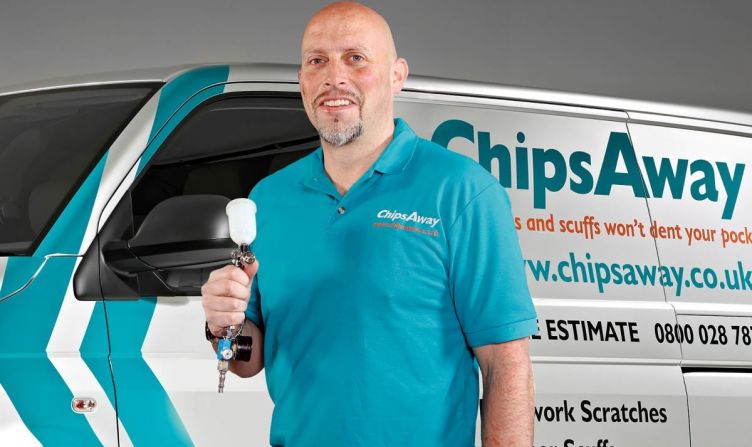 "It was a scary step to move from a solid career into self-employment, but I don’t have any regrets" says Richard Dexter

Back in 2011, Richard Dexter had a career as an experienced film and TV animator, where he worked on films such as Lord of the Rings and Avatar.

While glamourous on the surface, this role came with long hours, and a lifestyle that left Richard spending less and less time with his children; it even began to affect his health. After 16 years in the industry, he decided he needed a new challenge and a change in his work-life balance.

“My work had become something I no longer enjoyed, and my work-life balance non-existent,” Richard explains. “Watching my children grow up was more important to me than my career, and I knew I needed to make a change. I wasn’t particularly looking for a franchise but my wife found out about ChipsAway and the nature of the work really appealed to me, so we looked into it further.

“Initially, my biggest reservation was putting a large amount of money into something brand new. It was a scary step to move from a solid career into self-employment, but I don’t have any regrets. I now have a thriving business that both supports my family and gives me the time with them that I was missing in my previous life.

A ChipsAway franchise has certainly given Richard the freedom to mould his work around his lifestyle. “After dropping my son at school at 9 am, I walk the dogs, make my phone calls to potential customers that have come in, and start my first job at 10 am. There’s no set finish time. Sometimes I will work in the evenings if I’m very busy, particularly in summer when I like to make the most of the long days.

“ChipsAway has given me all the things I was looking for and has made my life so much better. Rather than being stuck in front of a computer, I can be my own boss and continue to do something creative. I love seeing the smile on my customer’s faces when I’ve completed a repair, it gives me great job satisfaction. Meeting different people every day is exciting, there’s no office politics, and I can even take the dogs to work with me!

“I couldn’t have started this type of business without the training, support, and backing of an established company behind me. Whether I’ve had a personal issue or work-related concerns, the team at ChipsAway has always been there to help me.”

Finally, we asked Richard about his aspirations for the future. He replied: “I just want to continue enjoying my happier, healthier work-life balance. I’ve always wanted a job where I wake up and want to go to work, and I have that now.”

At a glance ChipsAway International