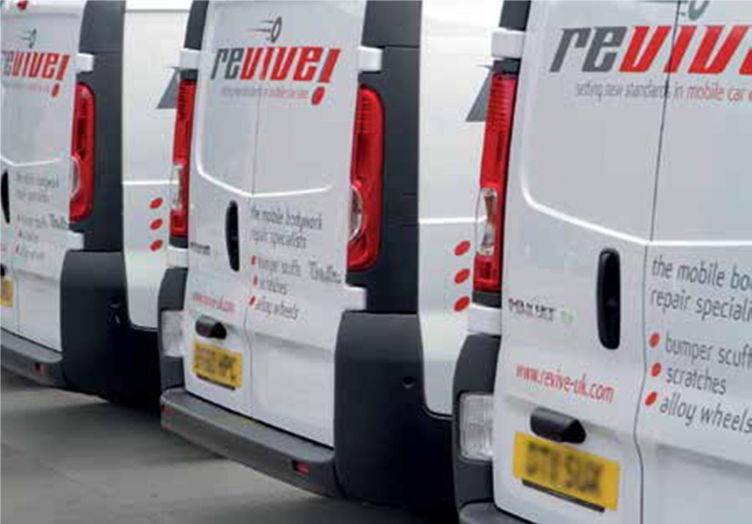 “As I went through the interview process, my opinion of Revive! just got higher and higher," says Revive! Edinburgh franchisee Jonny Pearson

No stranger to franchising, 47-year-old Jonny Pearson was previously group sales manager for a fitness franchise and set up the company’s first club in Poland before co-founding another successful Polish fitness brand, Vitality Boutique Fitness.

But then his daughter was born and Jonny realised he was spending so much time commuting to Poland he was missing her growing up. And with a second child on the way, he decided it was time to take control of his own destiny, return to the UK full time and look for a franchise opportunity where he could be his own boss.

Working within the franchise industry, he had been aware of Revive! for several years and one day was sitting in his brother’s house flicking through a franchise magazine when he saw a Revive! van parked outside on a neighbour’s drive. Soon after, he happened to see Revive!’s high ranking in a league table of franchises and decided the coincidences were too great - he had to find out how to own a Revive! territory.

Jonny says: “As I went through the interview process, my opinion of Revive! just got higher and higher. I gave up my operational role in Vitality Boutique Fitness, as I realised that to be a Revive! franchisee you have to be 100 per cent focused. I was delighted to be offered the Edinburgh franchise and have continued to be impressed by the franchisor’s head office team ever since.

“In my opinion, the training and support Revive! offers are unique to the franchising industry. I had four weeks of intensive training that was tailored specifically to me and my own level of learning. But it didn’t stop there.

“Most franchisors leave you very much alone when you get into your territory, but not Revive! Whenever I need advice, my telephone call is returned almost immediately and my head office operations support manager keeps in regular touch to mentor me and make sure everything is okay. There’s a real family feel to Revive! and I’m enjoying being part of it.”

Since launching his Revive! franchise in May 2018, Jonny has taken on two employees and is setting new sales records every month on the way to his first million. “I’ve got big plans, so watch this space,” he says.

With growth comes new challenges, which is why Revive!’s head office business support team works closely with each franchisee on an ongoing basis to provide training, advice and mentoring. Revive!’s comprehensive training programme is designed to meet the needs of the individual and the business at every stage, from start up right the way up to running a million-pound business.

Over the years Revive! has invested in building an experienced team to support its franchisees, as well as a leading-edge IT platform, which has transformed the business. No wonder that in 2018 the company won the British Franchise Association/HSBC award for franchisee support.