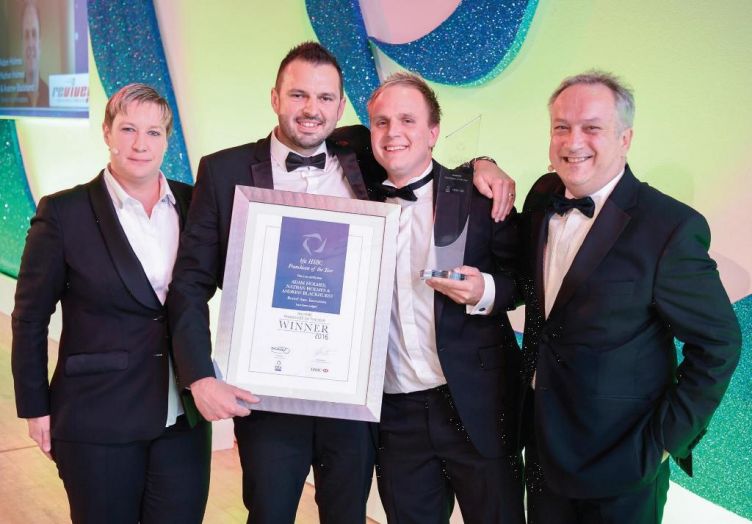 The Revive! model is designed to help franchisees build a multi-van business by working on the business, not in it

As a Revive! franchise owner, you’ll provide services on a mobile basis, which allows you to keep overheads low while offering a convenient service to your customers, who will include car dealerships, fleet and lease companies, insurance companies and the general public.

Revive! is a full member of the British Franchise Association and leads the way in SMART repair with the UK’s largest network of accredited repairers.

Franchise territories are designed to allow for growth to an operation size of at least three vans. Customers include a core base of car dealerships and a residential population of around 250,000 people.

This means that right from the start you have a customer base with enough potential to plan for growth. You don’t have to ‘buy more territory’ as you grow - your initial investment in your franchise allows for this.

Franchisee Of The Year

Nathan started Revive! Cambridge in 2007. He’d been working as a utility meter reader and was ready for a change. It was time for him to be his own boss and, as a car enthusiast, the Revive! opportunity seemed to be the perfect choice.

After training at head office, he took to the road and picked up dealership business in his first week of trading.

Looking to expand Revive! Cambridge further in 2012, Nathan offered Andy and Adam the opportunity to buy into the business.

Unlike many other mobile automotive franchises, the Revive! model is designed to help franchisees build a multi-van business by working on the business, not in it.

With their sights set on expansion, the trio went on to buy a further four neighbouring Revive! territories to create Revive! East Anglia and opened a static workshop within the EMG Group dealership’s Cambridge site in 2013.

Today the business managing director Nathan set up as one man and a van employs 16 people and operates eight mobile vans. Standing still isn’t an option - they have ambitious plans to double the size of the business by 2020.

Nathan says: “When I first set up the franchise, I had ambitions to build a bigger business and now, all those years later, I am very proud of the successful, award winning business we have become.

“We have built a great team here and the fact we won the bfa HSBC customer service award is down to teamwork. We all share a commitment to striving for excellence and, as a result, our customer retention rate is 95 per cent.

“The support we have received from Revive! head office and the quality of training we have been able to access as part of the network have played a big part in helping us get to where we are now. Revive! is a fantastic brand and we’re proud to be part of it.”