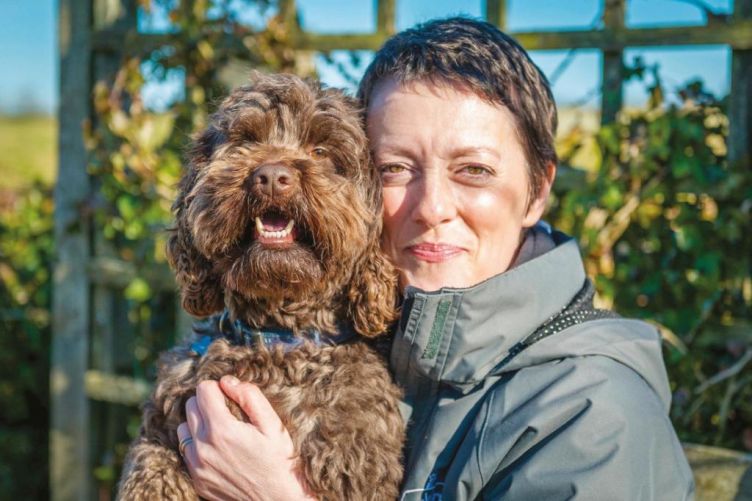 Tina Young has been Barking Mad for 12 years and wouldn’t have it any other way.

“When I was at school, I can’t remember telling my careers teacher that I wanted to arrange holidays for dogs,” the mum of two says. “But that’s what I’m doing - and it couldn’t have worked out better.”

The award winning Northumberland franchisee of the Barking Mad dog care service, Tina gave up a high pressure executive job in an international bank to start a career that has literally gone to the dogs.

With dog owners currently spending around £2 billion a year on their nine million pets and nearly a quarter of all households owning one, dog care is a burgeoning non-seasonal, recession proof business that has an increasingly profitable track record.

Pioneers of a new concept of holidays for pets, Barking Mad’s network of over 70 franchisees recruit carefully selected ‘host families’, who look after customers’ dogs in their own homes when the owners are away.

The stay is known as a ‘dog holiday’ and the company’s mantra is that a happy dog invariably means a happy holiday for the owner.

It’s been a winning formula for 17 years, proved by numerous awards and five-star ratings from thousands of customer and based on providing peace of mind for dog owners while they are away via a professional tailor-made dog sitting service that’s an alternative to kennels.

Demand for something different

The franchise was born after Lee Dancy, now managing director, needed someone to look after her Dalmatian puppy while the family went on holiday to America.

She remembers: “I began looking into pet care and pet sitting and was dumbfounded by the lack of alternatives to traditional kennelling and was convinced there would be a demand for something different.”

Lee launched Barking Mad in Kirkby Lonsdale, Lancashire in May 2000 and developed the business as a franchise 18 months later. Since then, Barking Mad has won awards for business growth, innovation and brand leadership.

Lee says: “I put our success down to the strength of our brand, the simplicity of the business model and our determination to become synonymous with professional pet care.”

The formula has certainly worked. Barking Mad now has more than 20,000 active customers, around 3,300 hosts and has arranged over 85,000 dog holidays. A franchise costs around £15,000 and includes a week’s handson training and ongoing head office support and guidance.

Square peg in a round hole

Tina, the 2014 British Franchise Association national and microbusiness Franchisee of the Year, came across Barking Mad after working for years in senior management in call centres of international banks. She was successful, but now admits she wasn’t enjoying it.

“To put it bluntly, I got what people said was the perfect job and then I found I didn’t want it,” Tina says. “Although there were financial rewards, I felt like a square peg in a round hole - I just didn’t fit and couldn’t be myself.

“My husband Brian was in a similar situation with his job and we came to the conclusion it was time for a major change. As a result, we sold our house, moved to a little cottage in the country, resigned from our jobs and went backpacking in the Far East.

“When we returned, Brian went back to college to start his own photography business and I spent about six months searching for something that would fulfill me. We had a dog called Elvis who needed to learn how to socialise with other dogs and I found I was being drawn into the dog world.”

After taking Elvis to behaviour classes and doing voluntary work for an animal charity, Tina began to wonder whether she was subconsciously moving towards a new career.

“I was walking dogs a lot and wondered whether someone was trying to tell me something,” she says.

“When somebody told me about Barking Mad, it all made sense. I was mad about dogs and became immersed in their psychology. When I took the franchise, it felt really natural.” Once Tina had made her decision, she did the franchise’s training course and launched her franchise the next week.

The need to keep the business growing became more essential when she took on staff and the decision to expand came after Tina and Brian adopted a son and daughter, now aged seven and nine.

Today the business has a staff of five, including four drivers, who deliver dogs to host families and return them to their owners.

“We must have arranged over 2,500 dog holidays and around 400 dog owners use us regularly,” Tina adds. “Some customers have been with us since we started.”

She says the key to the business’ success is matching dogs with the right holiday host: “For instance, if a dog likes lots of walks, we’ll match it with a host who likes exercise.

“When we get a new customer, I meet the dog and owner in their home to establish their needs and routines, so that we can replicate them when the dog and owner go on holiday. The time and effort we put into placing a dog with the right host family always pays off.

“The aim is to provide one-to-one care to ensure dogs have a fantastic holiday. I get amazing feedback and love it when customers who have been with us for years are still very impressed with our service. We have our wonderful hosts to thank for that.”

Most of Tina’s portfolio of hosts are retired people, which she is able to call upon to match every dog to ensure they have the very best appropriate care.

“They don’t actually want to own another dog, but miss having one around,” Tina says. “Some live alone and enjoy the company.

“We always take great care to match the dog to the host - we wouldn’t give a boisterous Labrador to a little old lady or a timid toy dog to a young family.” Looking back, Tina says: “Buying my Barking Mad business was a life changing decision. The business has grown year after year and boosted my confidence and happiness. It’s a great feeling to be able to say you absolutely love your job.”

Start your own Barking Mad franchise

Send a free enquiry to Barking Mad for further information!