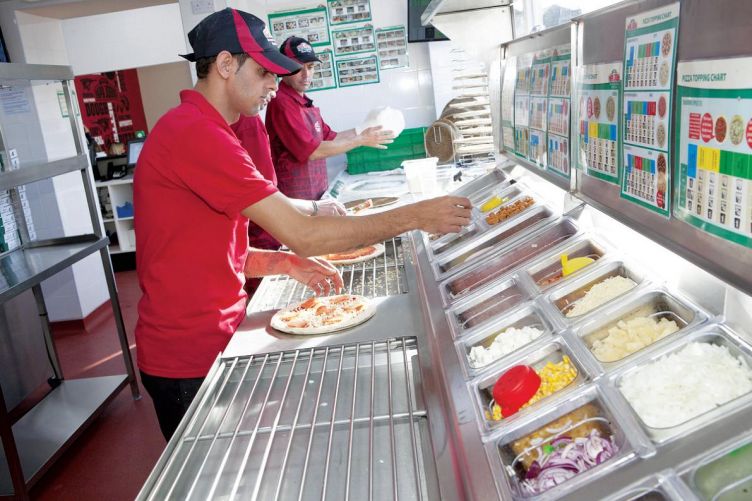 Manj explains: “I joined Papa John’s in 2001 after being made redundant following 20 years in the automotive engineering industry. I needed a change and was recommended to Papa John’s through a friend.

“After a little research, I realised the company’s focus on superior quality pizza was a recipe for success and could be what I was looking for.

“My stores have enjoyed 20 per cent growth in the past few years and recently it became clear I needed to open a third store in Coventry to satisfy demand.

“With assistance from Papa John’s special franchisee incentive scheme, which offers deals on equipment and discounted royalties when starting up, the new store is now open. It means I have the whole city covered.

“The store created almost 20 jobs for local staff and there are plans in the pipeline for me to open another Papa John’s in the future.

“As the company grows, it serves up further opportunities and that’s exciting from a franchisee’s perspective and also positive for local communities.

“I am now one of Papa John’s longest serving franchisees and with the help of my team I’m looking forward to continuing to deliver on our promise of ‘Better ingredients. Better pizza’ for a few more years to come.”