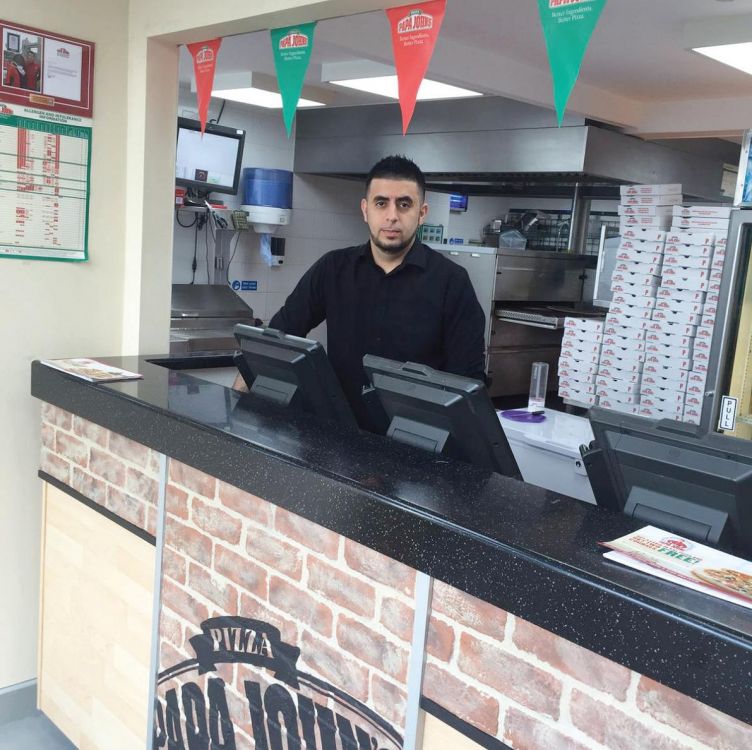 “Hatfield is the ideal setting for a Papa John’s,” Abdul confirms. “It’s close to our other stores and is also a university town with a strong student population, but also families live nearby too.

“14 new local staff have already been recruited and trained in our nearby St Albans, Hemel Hempstead and Hitchin Papa John’s to ensure they are ready to deliver from day one.”

Abdul adds: “Before I joined Papa John’s two years ago, I looked at several other companies. However, Papa John’s concept of ‘Better Ingredients, Better Pizza’ impressed me from the start.

“Papa John’s is the only branded pizza chain to use only 100 per cent fresh dough, giving a better natural flavour, plus the company’s unique tomato sauce is made from the best Californian tomatoes, picked and packed from vine to can in just six hours. All the top ingredients go into cooking up our superior pizza and our customers love it.

“I was keen to invest in a company that’s growing. Papa John’s now has well over 300 UK stores and the support and enthusiasm from the head office team, including targeted TV advertising and promotion, which has helped fuel this expansion, has also enabled me to develop too.

“I have earmarked three-four further locations for new openings this year and my ultimate goal is to own 40 franchised Papa John’s.”

Papa John’s was recently named as the UK National Pizza Delivery Chain of the Year for the sixth time and is renowned for its product quality.