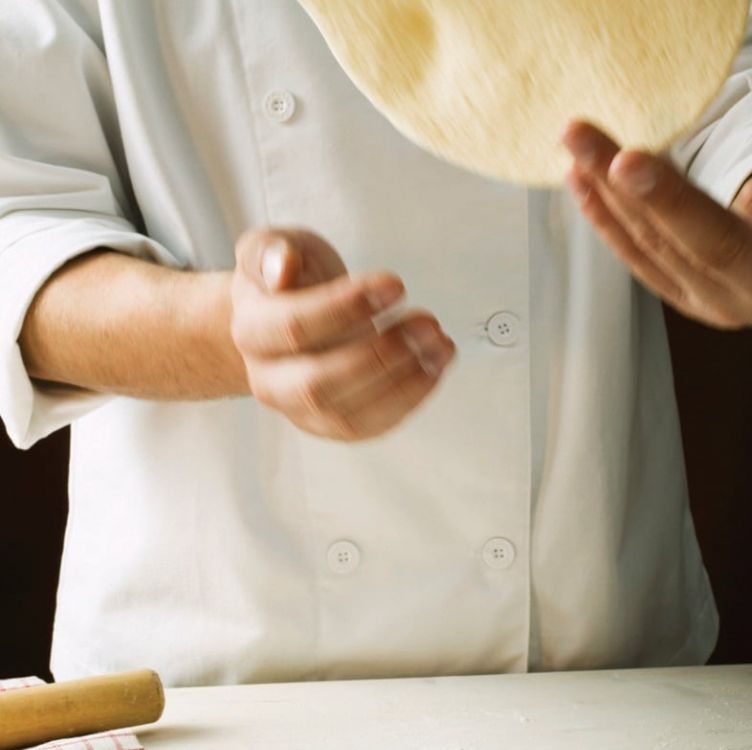 Leading Pizza franchise, Papa John’s, has announced the opening of its latest store in Selly Oak, Birmingham. Jitesh Patel, who first became a Papa John’s franchisee in 2005 when he was just 20 years old, now runs six Papa John’s franchised outlets across the Midlands and in Leicestershire with his sister Nisha, employing 80 people.

“I used to work as a systems manager for a rival pizza company, however I always knew I wanted my own pizza store,” Jitesh explains. “I have another sister who lives in the USA and she had told me how popular Papa John’s was over there and how that success would soon be ‘on the menu’ in the UK. She was proved right, as now the company has over 230 UK stores and is growing rapidly.”

Jitesh continues: “The popularity is down to some great marketing, but also a fantastic product. Papa John’s is the only branded pizza chain to use only 100 per cent fresh dough, giving a better natural flavour, and a unique tomato sauce is made from the best Californian tomatoes, picked and packed from vine to can in just six hours. Our customers tell us the pizza is by far the best on the market and so the great taste and top quality customer service always keeps them coming back for more.

“I quickly recognised the potential in managing several shops and so was keen to expand. Also, understanding the successful Papa John’s formula makes each store opening easier. With the help of Papa John’s clever online training system, called ULearn, we can now get new team members up to speed quickly. I aim to open in two further locations before the end of 2013 and my long-term goal is to own 20 Papa John’s.”

“I’ve opened a total of three Papa John’s in 14 months, which shows how passionate I am about the brand,” Manzoor explains. “I plan to open at least two more in the coming year, bringing in more family members to help me. I am already in discussions with head office to find the right locations.

“The main difference that makes Papa John’s so special is the fresh dough and quality ingredients we use to make up our delicious pizzas. I love pizza and for me serving up a superior product, along with some great customer care, is what keeps people coming back for more.”

Currently Manzoor employs 10 staff at the new Norwich Papa John’s, but is also recruiting for additional personnel following the publicity surrounding the official opening held at the end of August.

Papa John’s is one of the largest pizza companies in the world, with around 4,200 stores worldwide, and is rapidly expanding in 34 markets around the globe. Papa John’s, which is renowned for its product quality, has opportunities for potential franchisees throughout the UK, including the key locations of the South East, Yorkshire, Manchester, West Midlands, East Midlands, South West, North East, Wales and Scotland.

“Our focus is on growth and we aim to deliver on our promise of having 600 UK stores over the next 10 years,” Anthony Round, business development manager at Papa John’s, says. “Earlier this year we launched a $2 million franchisee incentive scheme designed to encourage enthusiastic franchisees to become part of our success story in specific, designated regional zones in the North, Midlands and Scotland.

As part of its 2013 offer Papa John’s, for a limited period, reduced its franchise fee and gave away a top-ofthe- range oven and electronic point of sale equipment worth £30,000, plus £10,000 worth of marketing spend, to new franchisees for stores opening during 2013 within designated regions. In addition, currently there is no additional franchise fee for franchisees opening further outlets.

“In August we announced that seven new franchisees had signed up to multi-site development plans as a result of our enterprise incentive scheme offer,” Round continues. “The new franchisees are set to open 20 pizza stores serving up Papa John’s top quality pizzas throughout the North and Midlands over the next few months and we are looking for more people to become part of our success story.

“Our training is second to none. Staff and franchisees undergo a thorough training programme. In the UK the blended learning programme includes classroom style teaching, on-the-job training, plus working through a bespoke online training system to access 12 core modules designed to cover every essential aspect of the franchise.

“In addition to training, marketing support, help with location selection and shop fit-out, we supply all the help you need to get your successful Papa John’s up and running.”

Papa John’s only recruits those who have patience, passion, focus and determination. If you think you have got what it takes to:

* Know the exact ingredients of what goes into its dough.

* Why Papa John’s only uses those ingredients.

* What the perfect temperature of the dough should be.

If the answer is ‘yes’ to all of these questions, you could become one of Papa John’s Pizziolos.

Every Pizziolo attends Papa John’s Pizziolo Stars Programme. This plan was designed to recognise those in the business who can produce those perfect bases that some of us struggle to master - and acknowledge the skills and time it takes to be flawless.

It is an intense programme that requires the attendee to use their culinary skills to identify at a glance what good colouration and poor colouration of dough looks like. What is the correct temperature, size, depth and width of the perfect dough? What is the correct speed of service and do they have the ability to train others? The expertise of a Pizziolo does not stop there.

Every year Papa John’s Pizziolos have the chance to compete in the company’s International Pizza Game. Every store within the UK and Europe can enter and in order to qualify your pizza must be the fastest made and have the best pizza score. Your pizza will be graded exactly as it would be in a mystery shop. If your Pizziolo and their team win the UK final, they will win £5,000 and have the opportunity to go to America and compete for $20,000.