Manjit Singh, Driver Hire Enfield, has firsthand experience of the security that comes with a franchise 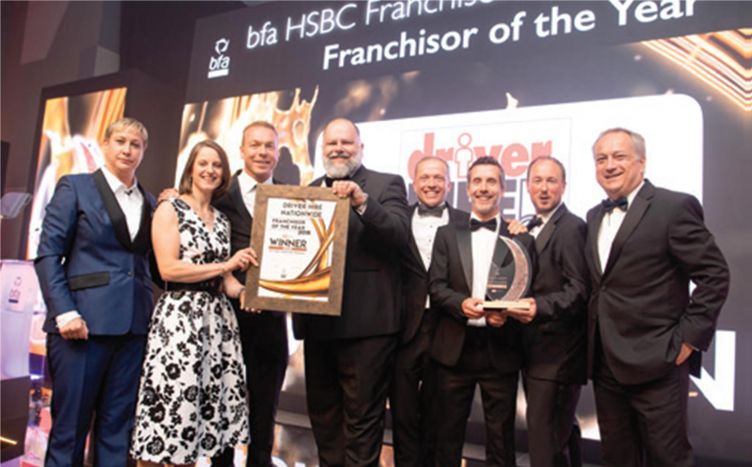 From the political and economic uncertainty around Brexit and the UK’s minority government, to the increasing impact of technology on every aspect of our lives, it can be hard to keep up.

This is as true in the business world as anywhere, but uncertainty can also deliver big opportunities.

To take advantage of these, you need a dynamic, innovative business, but you also need a solid, stable foundation to allow the fundamentals to keep running smoothly at times of change.

Franchising is a business model that can deliver exactly this ideal - established ways of working, combined with motivated, entrepreneurial people. So it’s perhaps not surprising that franchising is a rising star in the UK economy.

A well established way to grow

The popularity of franchising can be traced back to the 1950s and 1960s, when some of the major fast food brands, among other companies, used franchising to expand their businesses rapidly.

In 1977, the British Franchise Association was established to promote ethical franchise practices in the UK. Subsequently, franchising has flourished and is a major contributor to the UK economy.

The 2018 bfa NatWest Franchise Survey reported a UK franchise industry turnover of £17.2 billion, a £2 billion increase on the £15.2 billion reported in 2015.

HSBC head of franchising Andrew Brattesani says: “There is a lot of talk about scalable growth, but within the franchise sector we are seeing it happen on a massive scale. This presents some huge opportunities for ambitious and talented business owners.”

There are lots of established principles on how to run a good business; a growing franchise network is an excellent example of these principles being put into practice.

A business can only grow and expand through franchising if it’s based upon an already proven business model. Plus it’s a two-way process, with the franchisor and franchisee working together to seal one another’s success.

In 2017, the bfa celebrated its 40th anniversary. In the same year one of the UK’s leading and award winning franchising brands, Driver Hire, celebrated 30 years of franchising.

Driver Hire, an office-based management franchise, operates in a fast paced environment where quality service and sales activity are paramount.

Franchisees run their own recruitment business, specialising in the provision of temporary and permanent drivers and logistics staff to customers that include major logistics companies, builders’ merchants, parcel carriers and local authorities.

In the UK, the recruitment industry is worth an estimated £35.7 billion. Driver Hire’s franchisees enjoy the benefit of being part of this huge market, part of an established, award winning brand and in utilising the latest technology and ongoing comprehensive support from a 90-strong head office team.

Franchising has clearly helped Driver Hire to expand - the business has grown strongly for five consecutive years and each year has set new records for turnover. In the financial year 2017/18, the network exceeded £100 million in turnover for the second year running.

Graham Duckworth, Driver Hire’s franchise sales director, says: “Our franchisees achieve a great return on investment. The ongoing financial returns are above the franchise industry average, with the annual turnover for a single unit exceeding £1.1 million, compared with a UK average of £400,000, according to the 2018 bfa NatWest survey, and average net profit at Driver Hire is over £130,000 per annum.

“There’s also high demand for our resale opportunities once they become available.”

Driver Hire’s outstanding financial performance was accompanied by the bronze award in the 2018 bfa HSBC Franchisor of the Year Awards.

According to the bfa, its Franchisor of the Year winners: “Demonstrate excellence in franchising by providing a strong infrastructure and support for its network, ensuring franchisees have the best environment to succeed and reach their full potential.”

Driver Hire is a five times winner of a bfa HSBC Franchisor of the Year Award.

On a local level, Manjit Singh has firsthand experience of running a business when economic uncertainty hits and the security that franchising can bring.

Manjit had previously run his own convenience store, but felt being part of a franchised network would help him achieve his full business potential. Having bought the Driver Hire Enfield franchise in 2007, in the first couple of years Manjit’s new business prospered, thanks to his own drive and the support and opportunities provided by Driver Hire.

However, some of his key clients were hit hard by the 2008/09 recession and the Enfield office saw sales decline. At this point, Manjit especially realised the value of being part of a franchised network.

“The support of my colleagues was one of the things that kept me going,” he explains. “Some franchisees were actually having record weeks in the depths of the recession, which reassured me that although things were not easy for me locally, the business itself was sound.”

A decade on, Driver Hire Enfield stands as a great example of how a franchised business can thrive even through uncertain times, with Manjit and his team now achieving turnover as high as £3 million per year.

Reflecting on his success, Manjit adds: “My Driver Hire franchise has helped me develop a great business, work with some great people and deliver some great returns for my family.”

Is a driver hire franchise right for you?

You don’t need previous experience in the transport and/or recruitment industry to own and run a Driver Hire franchise, as the company’s in-depth training and support gives you all the knowledge and skills you require.

The role of the Driver Hire franchisee is to lead and motivate their team, manage the financial aspects of the business and seek out and win new business.

Therefore, it’s important to have the following transferable skills: sales, customer service or relationship building experience; experience of supervising or managing people; and experience of an office working environment.

Driver Hire’s top franchisees are all highly self-motivated, ambitious people with a positive outlook and a ‘can-do’ attitude. Without exception, they are all passionate about their business.

At a glance Driver Hire Nationwide