My franchise is flourishing despite the pandemic 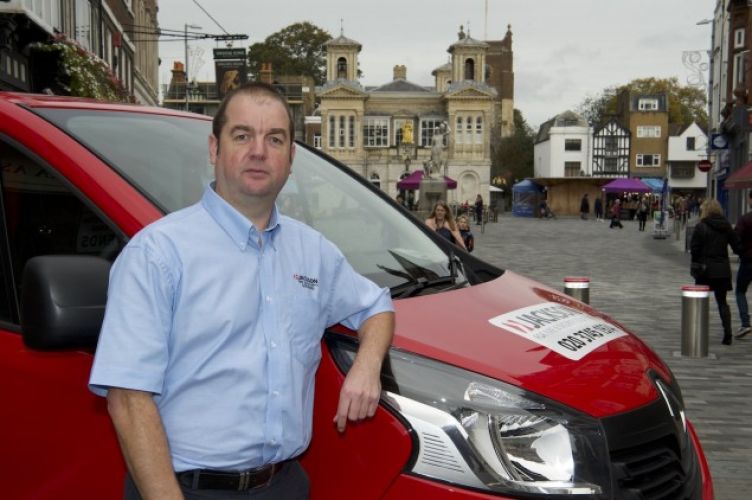 Like everyone, Martin Lawton had no idea what lay just around the corner when he launched his Jackson Fire and Security franchise in September 2019. So how has he got on in what quickly became an exceptional backdrop for anyone starting up a new business?

Prior to taking on the franchise, Martin had a varied career, working for over 20 years in building services, both in the public and private sector, and then more recently as an asset manager for Heathrow Airport.

But he’d been thinking about the possibility of running his own business for a while. While researching his options, he came across the Jackson Fire and Security franchise. He was attracted to the unique opportunity it offered along with the level of support that was available compared to other franchises.

He attended a discovery day, researched the opportunity thoroughly, was impressed with what he learnt and decided it was for him.

The Kingston franchise launched in September 2019
“It was a steep learning curve,” Martin says. “No matter how much experience you think you have, it turns out there is always room for more.”

He was highly proactive in building a customer base, quickly letting his existing network of former colleagues and other contacts know he was running a business within the fire and security industry.

Martin also made best use of start-up marketing support from Jackson Fire and Security head office team, combined with his own networking and promotional activity. As a result, his branch’s list of clients grew steadily, with the excellent customer service provided leading to more recommendations and referrals.

It was all going extremely well. A few months in, thanks to the excellent reputation Martin had already established, business was picking up. And then the pandemic arrived and the UK went into lockdown.

What effect did the pandemic have?
In the first couple of months, with so many premises and businesses in crisis mode or empty, everything went quiet. So Martin decided to put that time to good use by volunteering and offering his skills to help various local community groups.

But by May, as people and businesses had begun adapting to what was becoming referred to as the ‘new normal’, enquiries started coming in once more. It wasn’t long before demand for the Kingston branch’s services was steadily growing again.

Expanding the franchise team
In fact, that business growth meant Martin found himself in the fortunate position of being able to continue to expand the team.
Initially, he had brought an engineer into the business, along with another manager who was helping to run the franchise with him. More recently, he has taken on a business development manager.

In the space of 12 months and in the midst of a global pandemic, the Kingston franchise is flourishing.

A highly supportive environment
How has Martin found the support, both from the head office team at Jackson Fire and Security and other franchisees?

“Support from head office has been really good,” he says. “When I’ve had issues where I needed some guidance, they were there to advise and help me out. In fact, the level of support has gone beyond what I’d expected and it’s been really valuable to be able to tap into their many years of industry experience.

“And the other franchise owners are supportive too. If you’ve any questions or issues you’re not sure about, they’ve been happy to help.”

What would Martin’s advice be to anyone thinking about whether a Jackson Fire and Security franchise would be right for them?

He feels that running a franchise has more than met his expectations. As he says, the more you are prepared to put in, the more you will get out.

“I knew it would be hard work and you’d need to be willing to put the effort in,” Martin adds.

“You need to be quite open-minded and adaptive to change. But I enjoy it. Yes, it can be tough and it certainly wasn’t the easiest first year of trading, but I’m far less stressed than I was in previous roles. Be ready to work hard and the rewards are definitely worthwhile.”