Investing in a Franchise for the Second Time 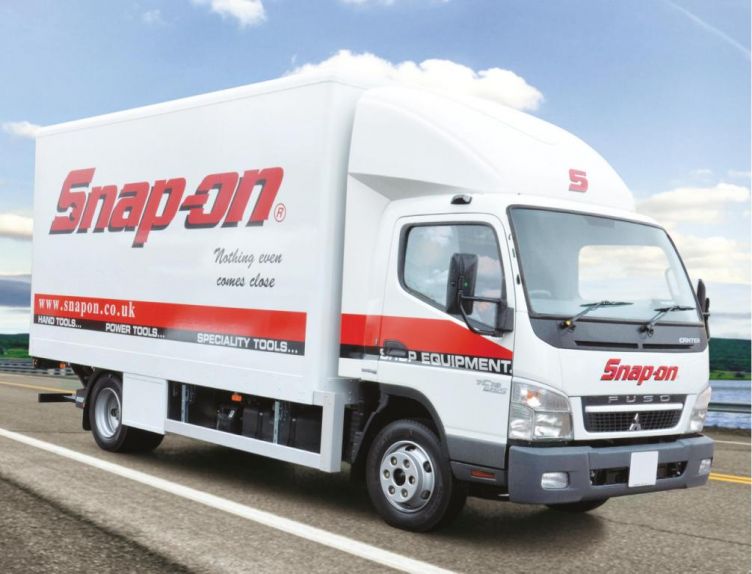 After selling his profitable franchise in 2015, Steve Murray was looking forward to some R&R and a work-free lifestyle.

There’s just one thing he didn’t anticipate - he missed Snap-on. So much so that just one year later, Steve came back to the brand and reinvested, buying himself a new franchise with the tool giant.

He explains: “The best thing about being a Snap-on franchisee - both times - is the earning potential.

“I’ve put away enough money to put both my daughters through university and I’ve managed to buy my dream car. Yes, I work hard, but I play hard too. What’s the point earning so much if I can’t enjoy if from time to time?”

Steve hasn’t always been a successful business owner. Like many others, he admits he wasn’t particularly academic during his teens and left school at 16 with just a handful of GCSEs.

He joined the army and worked his way up through the ranks to regimental sergeant major. Steve left the forces in 2004, just in time for the birth of his daughter, Katie.

But it wasn’t to be plain sailing. Looking back, Steve says he didn’t plan well enough for life after the army: “Because I didn’t want to get sucked into unemployment, I jumped head first into work, which in hindsight was a big mistake.

“I ended up spending one month as a binman. I hated that job almost as much as I hated the next one - six months as a long distance lorry driver.”

Soon enough, along came second daughter, Jessica, and Steve knew something had to change.

Now working as a heavy goods mechanic, it was during one particularly cold night shift in the workshop that he saw an online advert for Snap-on and experienced the light bulb moment that would ultimately change his life.

“Seeing that advert couldn’t have come at a better time,” Steve says. “I’d never thought about being my own boss, but it hit me that I was lining someone else’s pocket. That advert was a moment of realisation for me.”

With a string of unhappy roles behind him, Steve had to be sure that owning a Snap-on franchise was right for him.

His in-depth research included speaking with the team at Snap-on headquarters in Kettering and going on van rides with existing franchisees.

Steve enjoyed the sales oriented atmosphere and the banter between franchisees and their customers. Now confident in his decision, Steve signed his franchise agreement and joined the Snap-on ranks. Next up was training.

Snap-on training starts with a week in Dallas in America. Afterwards, new recruits are welcomed into the Snap-on family at the company’s UK headquarters. Here, new franchisees meet the staff who will support them on a daily basis and collect their custom built mobile store.

Training continues with a full week of on-van support out in the field. New franchisees are paired with a dedicated franchise developer for the first 12 months, who spends another 12 days on the road offering one-to-one support within the first five weeks of trading.

“The training in Dallas was great, but it was very intense,” Steve says. “It’s not just about the tools, it’s about good business knowledge and covering all your bases. I don’t think I appreciated how much I had learnt until I was actually out on the road.”

Selling to a regular route of customers came naturally to Steve and with the support of the team at Snap-on headquarters his thriving territory in Worcester went from strength to strength.

Within 16 months he had comfortably paid back his start-up loan and was earning more than enough to support his young family.

Snap-on understands it’s only ever going to be successful if its franchisees are. That’s why the company continues to invest millions in a global support programme that already boasts a staff ratio of 2:1 for every franchisee.

After four years Steve’s territory had grown to a multi-van operation. An increase in sales allowed him to enjoy the perks of financial freedom and he made the decision to sell his business for a healthy profit.

“Selling my Snap-on business was the right thing to do at that time,” Steve adds. “I had more than enough in savings to support myself, so I made the decision to move back to North Shields.

“I spent a year out of work in the end, but I missed the business. It was a chance conversation about Snap-on in a local garage that made me think about getting back into the franchise again.

“I found out that the North Shields territory was available, so I called the team at head office and they asked if I wanted to be a franchisee again. I said yes.”

Steve knew his previous success could be easily replicated in another territory and before long he was back in Dallas for another week of training.

Repeating the course was an opportunity for Steve to improve his knowledge from four years previously - and for the second time he couldn’t wait to get out on the road with his customers.

“My customers are the reason I do this job,” Steve says. “Don’t get me wrong, there’s no real limit to earning potential and I can choose my own hours, but I work hard.

“I’d recommend being a Snap-on franchisee to anyone. Being your own boss is great, but it’s even better that there is a whole support team just a phone call away. If you work hard, follow the model and enjoy being around people, you’ll be successful with Snap-on.”

As ambitious as ever, Steve is keen to share his experience and knowledge with others by exploring management opportunities within Snap-on.

“Snap-on has made such a positive impact on my life,” he says. “My children are set up for their futures and it would be great to give back to the network.

“Being my own boss has been a learning curve for me and my success is down to hard work and being a people person. Snap-on provides a huge support system and is a great opportunity for anyone who wants a profitable and rewarding business of their own.”