There’s Never Been a Better Time to Invest in Fitness 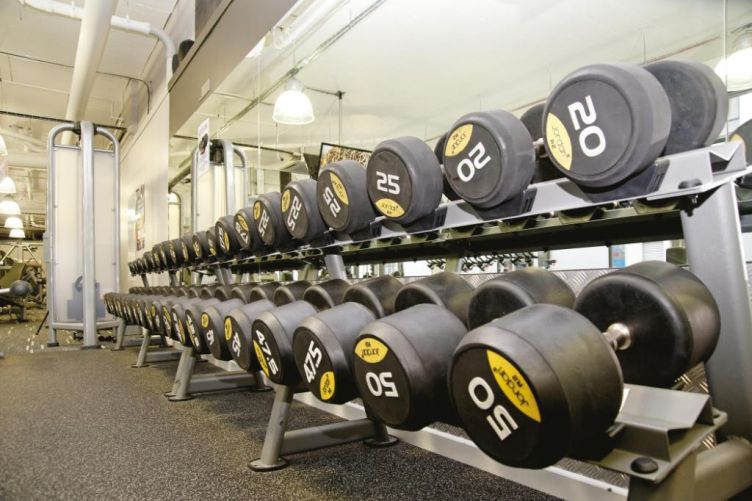 Investing in a fitness franchise could be a healthy option for anyone wanting to become their own boss, Brett Edwards, general manager of Anytime Fitness UK, says

Recent figures suggest stepping off the corporate treadmill and investing in a fitness franchise could be a healthy option for anyone wanting to become their own boss.

The UK health and fitness industry is on the up. There has been steady growth in the market, with the opening of more clubs across the globe and more people than ever now being members of a gym.

The 2017 State of the UK Fitness Industry Report indicates there’s never been a better time to invest in a fitness franchise, as this year alone there’s been a member increase of more than five per cent. This represents a significant growth in the market and means now one in every seven people is a member of a gym.

The UK’s health and fitness is regularly in the news, which is most likely a contributing factor to the increase in demand for more health clubs with a wide range of opportunities for different budgets. More choice in the marketplace means budding entrepreneurs should sit up and take notice.

These more affordable health clubs are being led by franchises and are now dominating the market. However, much like running any business, there are contributing factors to operating a successful franchise and picking the right model for you is key to ensuring success.

Franchises have a proven route to growth with a brand name that consumers recognise and trust and the eradication of the backroom drama of bigger business decisions, such as how to brand the company.

People can become lost in the logistics of setting up a business. Franchise models present the opportunity to skip the trial and error stages and jump into a smooth running, well loved brand complete with a team of experts on hand to provide support when needed.

Anytime Fitness started in 2002 and has been ranked the number one global franchise for 2015 and 2016 by Entrepreneur magazine. Founded in Minnesota by Chuck Runyon and Dave Mortensen, it’s gone on to become one of the fastest growing franchises in the world.

In 2015 the company opened its 3,000th global club in the UK - an impressive feat when you consider it took McDonald’s 20 years and Subway 25 years to open the same amount of franchises.

Since then, Anytime Fitness has opened more than 500 more clubs worldwide and to date has more than three million members globally spanning 30 countries and five continents.

In the UK the company has 122 clubs currently trading, with 80 more due to open by the end of 2017. Currently the second largest health club operator in the UK, Anytime Fitness plans to become the biggest provider by the end of 2017, surpassing 200 clubs open.

It’s no surprise the company is going from strength the strength, with 99 per cent of its franchisees achieving success.

In fact, most Anytime Fitness clubs are typically cash positive by month six/ seven, usually when they hit the 650 members mark, and most clubs have an average of 1,200 members in total.

A minimum investment of £110,000 liquid capital is required to open an Anytime Fitness franchise, which represents 30 per cent of the total investment. The remaining 70 per cent is available from two high street banks. The company projects a 100 per cent return on investment within 18 months.

Moreover, if you’re thinking you need to have a long, or short, history in the health and fitness industry, think again. The majority of Anytime Fitness’ franchisees are from outside the industry and employ a local manager to run the club and take on day-to-day tasks.

The central team supports and provides expertise to all franchisees, offering advice to ensure everyone feels confident at each step of the process. Comprehensive training and customised support is provided throughout the journey, as well as marketing support from dedicated consultants.

With all this in mind, it isn’t difficult to believe one in six Anytime Fitness franchisees go on to own a second club.

Primarily driven by the private sector, the UK health and fitness industry continues to grow.

The penetration rate is currently 14.9 per cent - an all time high - which means one in every seven people in the UK is a member of a gym.

David Minton, Director of LeisureDB, an independent leisure market intelligence company, says: “It may be premature to call the period to 2020 ‘the golden age of fitness’, but further growth will only be limited to the imagination of those pushing the boundaries.

“The signs are there that the industry is likely to hit several milestones in the next 12 months.

“The number of gyms is on course to go over 7,000 for the first time, total membership to exceed 10 million, market value to reach £5 billion and the penetration rate should easily surpass 15 per cent.”