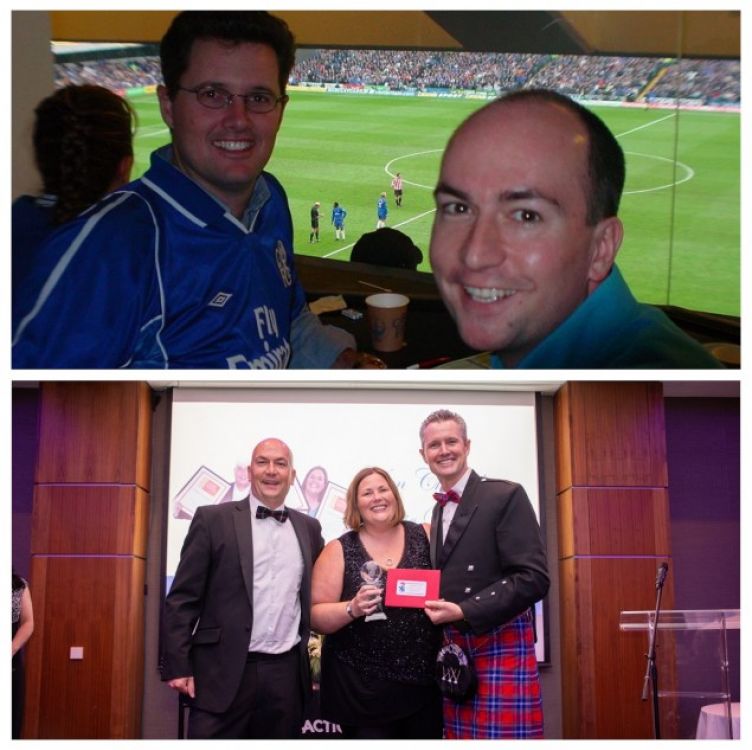 Twenty years after its UK launch, business growth franchise, ActionCOACH, is celebrating the milestone. Following its successful pilot Down Under, Ian Christelow was the man with the plan to replicate its success on home soil. Now, with his partner and co-founder Julie Wagstaff, they have both been inducted into the ActionCOACH Hall of Fame and Brad Sugars recognised Ian’s outstanding service with the award of Founder’s Club lifetime membership. Ian and Julie have risen through the ranks to lead the most successful country within the global franchise network.

Ian is the first to admit time has flown by, saying: “It feels like yesterday when I met Brad Sugars for the first time – but what an experience it’s been. Right from awarding the very first franchise, joining forces with Julie to unite the regions of the UK through world-class support, to today where we’re sharing what works with the global network and driving a philosophy and practice of Kaizen throughout our UK team.

“It’s been a blast thanks to the character of the people around me; the calibre of our franchise partners and the franchise support team members is second to none. We don’t just say that we have a sense of community, we live and breathe it every day. I couldn’t imagine waking up every morning and doing anything different – tackling business failure is my passion and helping others to achieve the lifestyle they deserve makes all of our hard work worth it.”

The couple also received the award for Country of the Year for an incredible 13th year in a row, highlighting just how much they invest into the growth of the team and brand in the UK. Following a year of highs and lows for everyone, the pair have shown tenacity and vigour to help not just their franchise partners to survive and thrive but thousands of business owners too.

At the risk of offending some Scottish football fans, Ian observes: “Most years, only two teams are capable of winning the Scottish Premier League – Rangers & Celtic – but since its foundation in 1890, the record number of consecutive league titles for Rangers and Celtic stands at 9… to win a league of over 80 countries for 13 consecutive years, scored on an average income of business coaches and net growth of the business coaching team, and consistently beat great countries like China, Russia and the USA, is testimony to everyone in our UK team.”

The conference wasn’t short of other UK winners either, recognising their successes within their local communities across the UK. The list includes father and son business partners, Gary and Steve Mullins, honoured with induction into the ActionCOACH Hall of Fame; James Burke and Parag Prasad being crowned ProfitCLUB and ActionCLUB Coaches of the Year respectively, and Kevin Riley winning the 2021 Community Impact Award for the volume of business and livelihood-saving gifted business coaching sessions and webinars his Warwick franchise offers to local business owners.

Kevin Riley’s latest in his string of awards highlights how much an ActionCOACH franchise can positively impact its local economy; during the last 12 months, Coventry and Warwickshire clients have grown their income by a staggering total of £31m. Kevin says: “I’m astounded by that figure myself, to be honest. Whilst I would like to take credit, I think the applause needs to be directed towards my wonderful clients. Without them, I wouldn’t be able to come to work every day and love what I do, and without them, we wouldn’t be seeing results such as this. They have all shown determination to tackle the pandemic and emerge even stronger. I couldn’t be any prouder.”

In a time when it’s crucial to celebrate the great moments in life, ActionCOACH is leading the charge. And with sights firmly set on the next 20 years, it’s clear that it won’t be stopping anytime soon.