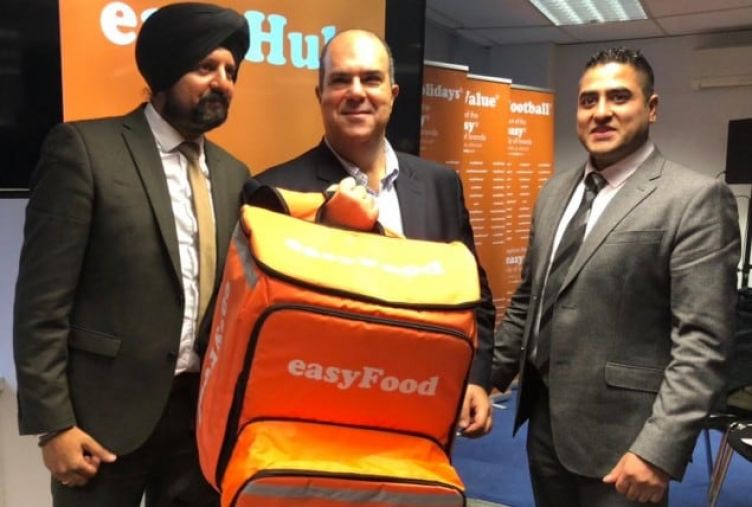 The entrepreneur has backed easyFood, which has launched an app that will allow customers to order takeaways in competition with Just Eat, Deliveroo and Uber Eats.

From the outset, around 200 businesses will be registered on the app and the company is using a franchise model, with the aim of signing up outlets worldwide.

According to easyFood owner Jeewan Sagu, a franchise territory can be bought for under £10,000, which gives franchisees access to 600-1,000 outlets to work with and sign up.

“We have already had international enquires and interest from across the UK,” he says.

“Once someone buys a franchise, they will receive 50 per cent of the takeaway’s service fee from the outlets they sign up.

In addition to making it cheaper to eat in or order takeaways at pubs, bars and restaurants, the easyFood app has a ‘track and trace’ function that will pinpoint any venues where there has been an outbreak of COVID-19.

“Our app will do so much more than other delivery apps,” Jeewan adds.

“For instance, if you’re eating in at a pub or restaurant you can browse the menu and order your food, which will be brought to your table and then you can pay on the app.

“Visitors to registered pubs, bars and restaurants will be able to use their smartphone to scan an easyFood QR barcode at the entrance to the premises.

“This will allow customers to submit their details securely, which can then be used to alert them should there be a COVID-19 outbreak at that particular venue.

“It will also help bar, pub and restaurant owners, as we will be charging them less than the big delivery companies.”

easyFood, which is part of the easy group of brands, has spent more than £1 million developing the app, which can be downloaded on Apple and Android mobile devices.

“Other brands charge as much as 35 per cent commission to businesses selling food via their app, which has to be passed on to the customer,” Jeewan says.

“Our model reduces this fee to as little as £1.50 per transaction for takeaways, while restaurants can list their outlet on the app for free.

“This makes for a far more attractive proposition for pubs, bars and restaurants as well as customers, who will only pay the price they see on the menu with no hidden charges.”

“It’s a great opportunity for those businesses that are being affected by the downturn to join easyFood and transition to a delivery-based operation.”

Start your own easyGym franchise

Send a free enquiry to easyGym for further information!