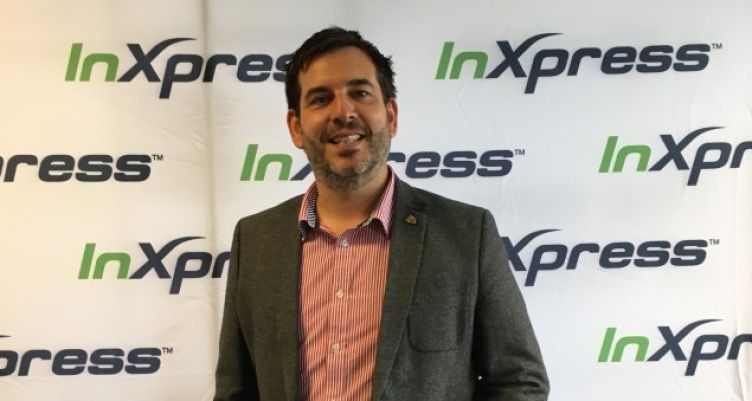 InXpress has made a valuable donation to a charity that helps save lives, thanks to one of its franchisees.

When Matt Strutt (pictured), who owns the global shipping solutions specialist’s Gatwick franchise, heard about the work done by Little LifeSavers, which teaches CPR skills to schoolchildren, he decided to bring it to the attention of InXpress’ charity committee.

He says: “I was at my local BNI event and was transfixed as Dr Barbara Stanley ran through her charity presentation.

“I wanted to do so much more than just listen to her story.”

For the dad of four, hearing about how the charity equips children to save lives struck a chord.

“Many years ago, I was a lifeguard, so I know the importance of basic lifesaving skills,” Matt says.

“The more I heard about Little LifeSavers, the more convinced I became of what could be achieved if more children were taught basic lifesaving skills, like how to help someone who is choking, putting someone into the recovery position or calling 999.

“I’m a firm believer in using my business to give back, which is also one of InXpress’ core values, and had been waiting for the right opportunity since opening my franchise last September. As Dr Stanley spoke, I knew this was the right charity for me to support.”

Matt spoke to Glenn Willis, head of the InXpress Gives Back Charity Committee.

“I wanted to inform the network about the incredible work of Little LifeSavers and to see if anyone wanted to volunteer their time or could raise awareness about it in their children’s schools,” Matt says.

“But Glenn went further than I had expected. He arranged for a donation to be made out of the Gives Back charity support fund.”

Since it was set up, Little LifeSavers has taught over 8,000 children basic lifesaving skills.

Dr Stanley says: “It’s often children who are alone with an adult when something happens.

“During the 2016 junior doctors’ strike, the opportunity arose for some of my colleagues and I to show some basic life support skills to the public.

“During one of these sessions, the son of my daughter’s swimming instructor attended and learnt how to do CPR.

“When he went back to school, he told his teachers about how valuable he’d found the session.

“The school contacted me, as a local doctor, to ask if I could do something similar with their year sixes.

“We all realised how beneficial this would be and how empowering it was for the children who, rather than helplessly watching their parent choke or collapse, would be equipped to take immediate and useful action.

“To know we’re saving lives through these incredibly selfless children is both powerful and humbling.

“We have a vision to reach every school in the UK with Little LifeSavers, so more lives can be saved in the long run.”