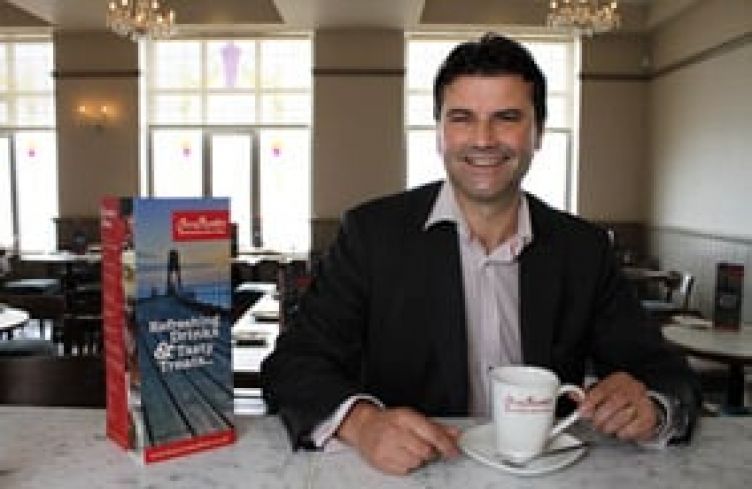 Such has been the initial interest from potential franchisees throughout the UK that plans to have 100 outlets operating within five years have been revised upward.

Harry Ramsden’s franchisees will be able to take the concept into high streets across the country through the availability of what the company is calling ‘traditional locals’, which will be located in the heart of heavily populated towns, cities and suburbs.

STUMBLING BLOCK
Commenting on the plans, Harry Ramsden’s CEO Joe Teixeira (pictured) says: “Most people are aware that previous owners used franchising as a means to open in locations as far flung as Disneyland in Florida, Australia and Hong Kong in the 1970s and 1980s.

“However, geographic and cultural remoteness from the essence of the brand proved to be something of a stumbling block.

“We believe the major advances in technology in recent times will avoid a repeat of such issues, particularly as we come to consider the brand’s international expansion.”

FRANCHISE OPPORTUNITIES UK
He adds: “There are currently over 10,000 fish and chip shops in the UK selling 255 million portions each year and now we are offering the opportunity to be part of an iconic brand, famed for serving the nation’s favourite takeaway.

“Those electing to take our franchise will be able to provide their customers with the authentic Harry Ramsden’s experience, freshly preparing our world famous fish and chips and complementary products on site at great value for money prices.”


Franchise can be in profit in year two,...

Start your own Moving Home Made Easy franchise

Send a free enquiry to Moving Home Made Easy for further information!