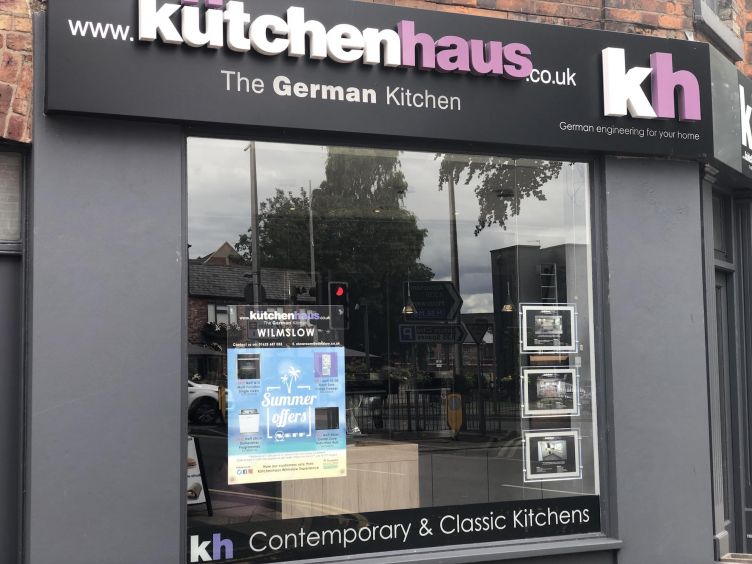 The owner of Kutchenhaus’ Wilmslow franchise is defying the ongoing pressures on high street retailers by beating his first-year revenue target by 15 per cent.

Karl Donovan has been operating the 1,080 square feet kitchen showroom for 14 months - and in that time he’s scooped the 2019 Silver Award at the North East Cheshire Business Awards for Small Business of the Year.

The business has now set a 12-month revenue growth target of 43 per cent, as it looks to build on its success.

Karl says: “We’re delighted we smashed our targets for the past year by 15 per cent as we strive to become the number one kitchen showroom in Cheshire. We have ambitious plans for the future and these past two months give a reason to believe we can smash this year’s forecast.”

Established in 2004, Kutchenhaus is on an ambitious growth path over the next two-three years, according to Sean Ford, the company’s national head of sales and operations.

He adds: “There’s no doubt trading conditions are tough for many bricks and mortar retailers and the home improvement market is extremely competitive. But we find our franchise owners are bucking the trend by creating an engaging store environment and delivering a high quality end product.”