Nine new reasons for the Snap-on Tools franchise to celebrate 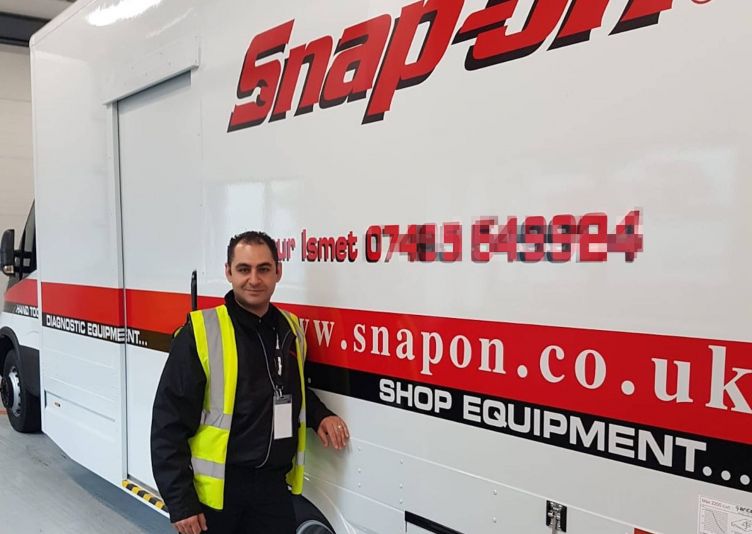 As seven new franchisees hit the road and two existing business owners expand into second territories, Snap-on has much to celebrate.

“I’m over the moon to have joined Snap-on,” said Tim Ismet, who launched his franchise in Enfield. “It’s one of the most recognisable brands in the world and as a former workshop technician, I can really vouch for the fact that they’re the best tools in the business. I’ve always been quite entrepreneurially-minded, so when the territory near me became available, I jumped at the chance.”

As Snap-on approaches its centennial anniversary – the renowned tool brand first launched in Milwaukee, Wisconsin, in 1920 – more budding entrepreneurs have been looking to invest in a franchise of their own. The UK network is now comprised of over 430 franchisees, delivering outstanding customer service to technicians across the country.

“I’d always been impressed by how helpful the local Snap-on man was, back when I was working in the workshops. I’m a real people person, so spending time chatting with regular customers really appealed to me. Plus, I wanted to build a better future for my wife and kids. I did consider opening my own garage for a little while, but nothing could contend with the support you get as a Snap-on franchisee. It just made sense. To have unlimited support at the end of the phone is so beneficial to my business and has set me up really well,” added Ismet.

Before working as a technician, Ismet was a main dealer parts manager, looking after the operations of a small team at garages around Greater London. His combined experience has offered him a great start as a franchisee, but experience of the motor trade isn’t necessary.

“We’re proud of our diverse network and the variety of skills they bring to the franchise,” said Lisa Law, national franchise manager at Snap-on Tools. “Although most come to us with some knowledge of the brand, it’s not a prerequisite for success. We’re looking for determined and pro-active people with a dream to secure a better future for themselves. Some of our most successful franchisees have never stepped foot in a garage, much less worked in one.

To encourage more people like Ismet to start their own businesses, the franchise has launched its “jump-start offer”.

Law said: “With our £12k jump-start offer, we pay half of your start-up costs. Our number one aim is to get you out there, running your business and in control of your own future because we know that’s how everyone becomes successful and profitable.

“The future holds more growth for us all – our new recruits and those who have been with us for decades. We’re heading towards our 100th year in business – it’s an exciting time to be part of Snap-on. I think people can see that!”