Small business confidence bounces back as the nation emerges from lockdown 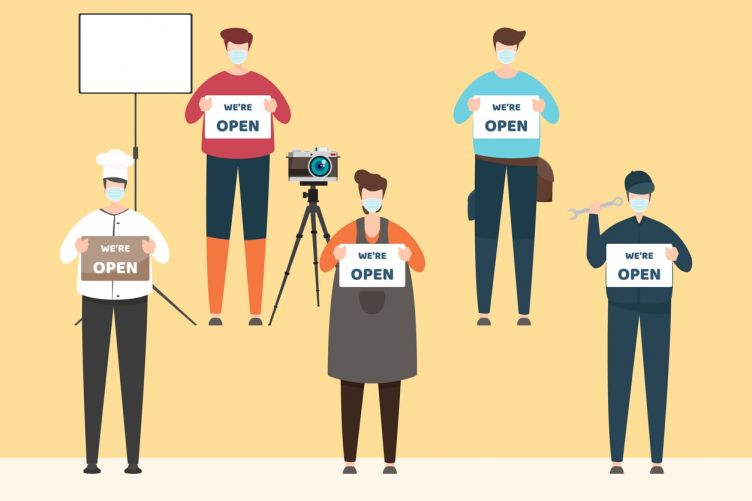 The proportion of UK small businesses predicting growth has almost doubled in just three months – from 14 per cent to 27 per cent – giving one of the first tangible indications that the government’s easing of lockdown is having a positive impact on a key area of the UK economy.

The quarterly tracking study by Hitachi Capital Business Finance goes beyond sentiment and confidence – it examines the percentage of small businesses that actually predict growth in the next three months. Following last quarter’s report, which saw the percentage of small business owners predicting growth plummeting from 39 per cent to just 14 per cent, the new findings show the highest quarter-on-quarter rise in five years.

Percentage of small business owners that predict growth by sector 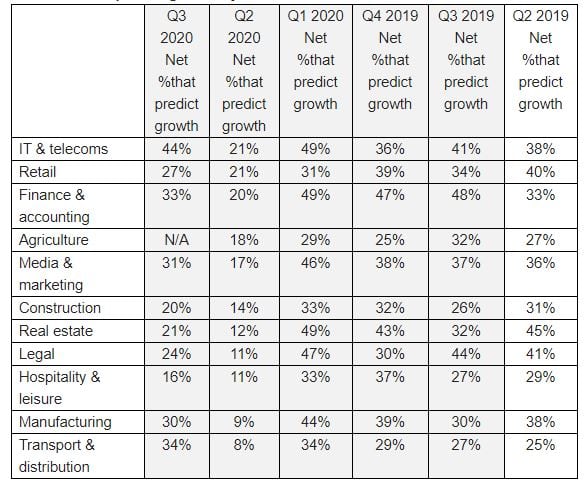 The research also suggests that smaller, more agile enterprises will be the fastest to adapt to the UK’s re-emergence from lockdown: Small businesses that had been trading for less than five years (35 per cent) and those that employed 10-49 employees (37 per cent) were most likely to predict business growth for the next three months (to 30 September).

Gavin Wraith-Carter, managing director at Hitachi Capital Business Finance said: “The latest Hitachi Capital research findings are remarkable for both the scale and the speed of the revival in small business confidence. We knew last quarter that small business confidence would fall as lockdown started and the scale of the fall was a concern, particularly the steep rise in the number of business owners fearing for their survival.

“Many have criticised the government for easing lockdown too quickly, but our new research shows what an immediate and positive impact it has had on the small business community. Whilst bigger businesses are having to adjust and adapt at a slower pace, small business confidence across the UK has bounced back and as the engine room of the British economy, today’s figures can give us confidence that small businesses will lead the nation’s effort to rebuild the economy and secure growth.”

The research was conducted by YouGov among a representative sample of 1,140 small businesses on 15 July 2020, spanning different industry sectors.